Home|SEA Games 31: Vietnam Steps up Its Public Diplomacy Game in the Region 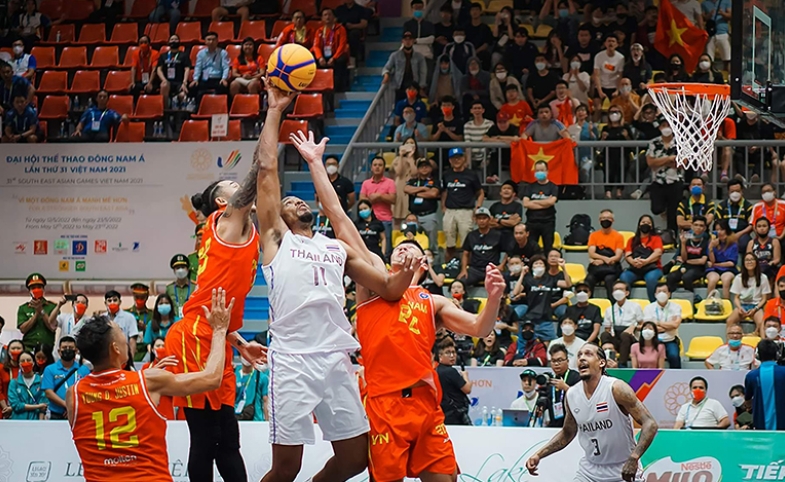 SEA Games 31: Vietnam Steps up Its Public Diplomacy Game in the Region

Vietnam’s successful hosting of the 31st Southeast Asian Games (SEA Games 31, held May 12­–23, 2022) declares its serious efforts and strategic public diplomacy planning to improve its national brand as ‘a safe destination’ in the post-pandemic environment.

From consecutively locking down central metropolises in September 2021 to hosting an international sports event in 12 northern provinces and municipalities in May 2022, Hanoi committed to a big leap and proved itself to the world. Leading up to the event, the Vietnam government implemented an ambitious COVID-19 vaccination plan with nationwide vaccination rounds, resulting in more than 94 percent of the Vietnamese population vaccinated with two doses. Vietnam’s Ministry of Health also started issuing digital vaccine passports that meet the WHO and EU standards to assist international travel while expanding mutual recognition of vaccine passports with 19 countries.

Hanoi perceived this opportunity to instantaneously enhance its post-pandemic national brand. At the national level, SEA Games 31 not only resurfaced Hanoi’s initial success in treating COVID-19 in 2020 but also reverted the backlash against the state’s pandemic management in September 2021. It also echoes the statistics from the Nikkei COVID-19 Recovery Index in February 2022. This positive impact has been recognized by both Vietnamese scholars and officials and is encapsulated in PM Pham Minh Chinh’s closing ceremony speech at SEA Games 31: “We (Vietnam) have successfully contained the pandemic and safe living environment has returned.”

At the regional level, by successfully hosting the first large regional sports event since the outbreak of COVID-19 in 2020, Vietnam has clearly projected itself as a leading power in ASEAN to ride the recovery wave: “For a stronger ASEAN.” Vietnam opened its borders two months before the start of SEA Games 31. This record remains impressive in comparison with other international sports events in Asia. Unlike the 2022 Beijing Winter Olympics, which ran a closed-loop management system, SEA Games 31—the second successfully organized event in 2022 in Asia—provided spectators and international tourists with open access to the matches. One of those events that attracted a large volume of participants was the final match of men’s football, in which about 40,000 spectators showed up at the stadium. Besides international tourists and fans, SEA Games 31 accommodated more than 10,000 attendees. This includes over 7,000 participants, approximately 3,000 volunteers and 2,000 referees. Hanoi’s success was recently amplified when China’s unsuccessful containment of COVID-19 led to the postponement of the Asian Games in Hangzhou later this year.

SEA Games 31 is one of the significant demonstrations of Vietnam’s strategy on cultural diplomacy in the current decade.

During SEA Games 31, Vietnam asserted its leadership for a positive change by pledging to revert an enduring reputation deficit in the organization of SEA Games. As historian of modern Southeast Asia Simon Creak (2017) indicates, there is a discriminating yet inevitable principle of reciprocity upholding the sport selection at this biennial sports event: the SEA Games Federation Office controls sport selection, and the host country usually opts for those sports that favor its strength, thus undermining the fairness in competition. Vietnam only added Vovinam as the traditional and culturally important sport while including all Asian Games and Olympic sports, even those in which Vietnam has had little success, such as basketball, triathlon and tennis. Vietnam even pioneered to introduce e-sports, thus bringing this regional competition closer to the Olympic standard. Such relentless leadership was recognized both by participants from ASEAN countries and regional media. For example, the head of the Philippines sports delegation to the event remarked that Vietnam has helped raised the status of SEA Games closer to that of the Olympics. Without instilling favoritism in its game selection, Vietnam still led the SEA Games medal table with 205 gold, 125 silver and 116 bronze medals, breaking the previous record of 194 gold medals held by Indonesia in 1997.

A Calculated Move in the Grand Strategy

This milestone not only brushes up Vietnam’s national image at a critical time, but the timing of the event also shows Hanoi’s attempt to align sport with international political agendas. SEA Games 31 commenced at the time of the U.S.-ASEAN Summit (May 12–13, 2022) and PM Chinh’s official visit to Washington (May 11–17, 2022). The initial postponement had been to July 2022 after the multitude of re-arrangements by Vietnam and other ASEAN members, but the Vietnam Times maintained that at the time, the country “strives to complete the final preparations” to host the big event in May, at the same time when the country was to open its border to international visitors. It is therefore fair to assume the pushing of SEA Games 31 was set up to bind Hanoi’s public diplomacy to traditional diplomacy, creating a synergy for Vietnam’s presence in the international community.

SEA Games 31 is one of the significant demonstrations of Vietnam’s strategy on cultural diplomacy in the current decade. Following the success of the country’s 2011–2020 cultural diplomacy plan, the 2021–2030 grand strategy includes two objectives relevant to the scope of this analysis: first, serving foreign policy and cultural development policy, and second, centralizing the role of localities, enterprises and Vietnamese nationals as a whole.

First, SEA Games 31 was a long-anticipated opportunity for export branding and cultural exchanges via tourism. The Vietnam Ministry of Culture, Sports and Tourism launched an exclusive tourism campaign for SEA Games 31, namely “Let’s shine and Live fully” on April 30, 2022. The campaign promotes tourism for northern provinces in Vietnam and revitalizes the overarching branding campaign of Vietnamese tourism—“Vietnam Timeless Charm” in action since 2012. The initial success has already been proven in numbers. The number of international visitors to Vietnam in May was recorded at 172,900 arrivals, a 70.6 percent increase compared to the previous month and 12.8 times higher than the same period the previous year.

Second, the positive testimonials from participants at SEA Games 31 and the successful conclusion of the event without any new COVID-19 cases (arguably attributed to the careful COVID-19 prevention plan designated for SEA Games 31) could increase Vietnam’s credibility as a safe destination and reinforce the legitimacy of its current regime in the fight against COVID-19. This message would speak to both foreign public and domestic citizens. Among the foreign public, the Communist Party of Vietnam directed specific attention to the Vietnamese diaspora. SEA Games 31 created a perfect bridge to bring the Vietnamese diaspora (Viet Kieu) closer to the Motherland built on the principle of transnational Vietnamese nationalism, which is particularly effective for new generations of overseas Vietnamese, especially those in the United States. Viet Kieu and Vietnamese expatriates were recruited to play for the national teams. This year, the number has been recorded as the highest of all time with diasporic Vietnamese joining in sports like basketball, tennis, swimming and triathlon. It would be naïve to affirm that SEA Games 31 has successfully improved national unity, but the representation of overseas Vietnamese in Vietnam and vice versa was apparent.

In hindsight, SEA Games 31 was a long stride for Vietnam, a country that was initially quiet and hesitant about regional cooperation back in the 1990s. Yet, it is all too idealistic to presume Hanoi has crafted a strategic public diplomacy plan under its sleeves. Besides the obvious lead in gold medals and a jump in visitors, the impact of SEA Games has yet to unfold. SEA Games 31 is best viewed as a trigger for Vietnam to deploy a grand strategy for public diplomacy and nation branding because symbolic acts are only effective if they persist and follow a long-term plan.