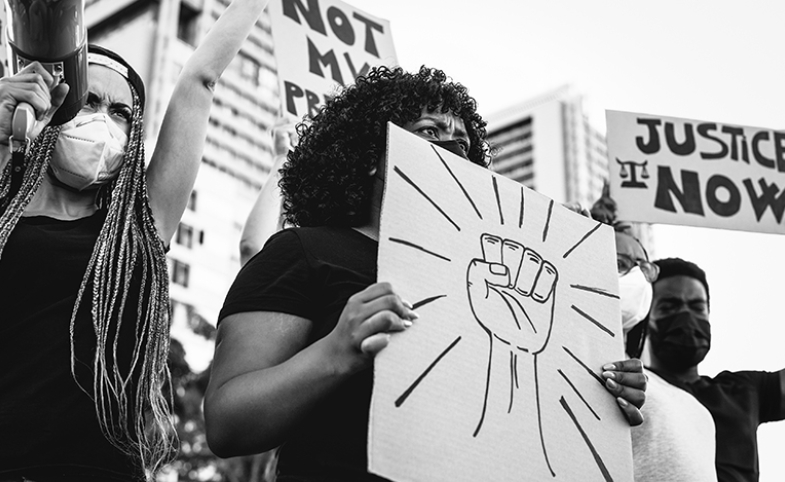 Note from the CPD Blog Manager: The views expressed in this article are the author's own and not necessarily those of the U.S. government.

As the matters stand, however, racial discrimination, here at home has important effects on our foreign relations. This is not because such discrimination is unique to the United States. Discrimination on account of race, color, religion, national or tribal origin may be found in many countries. But the United States is widely regarded as the home of democracy and the leader of the struggle for freedom, for human rights and human dignity.

- Secretary of State Dean Rusk before the U.S. Senate Commerce Committee, 1963 (The Department of State Bulletin, Volume 49: “Fulfilling Our Basic Commitments as a Nation, Statement by Secretary Rusk”)

Racial discrimination has long been a scourge that American diplomats have grappled with squaring with our values. Despite the U.S. Information Agency playing up narratives of social progress, international onlookers still reacted in dismay to the protracted, and often violent, resistance to the Civil Rights Movement. Today as indicated by the proliferation of the Black Lives Matter (BLM) movement, public diplomacy initiatives that acknowledge America’s past racial trauma and embrace domestic social equality movements serve as a beacon to communities around the world combating anti-Blackness and discrimination.

Amid the Cold War, African diplomats who were refused housing and reservations at upscale Washington, D.C., establishments because of their race reported these hostilities back to their capitals and U.S. interlocutors. Concerned that this mistreatment would endanger American foreign policy toward Africa, the State Department established the Special Protocol Service Section (SPSS) to intervene in racist acts against these dignitaries. Despite widespread discrimination, American Foreign Service Officers were largely muted on the issue of segregation of their countrymen until Soviet propaganda began to frame the United States as a racist nation in contrast to “Communist equality.” SPSS would then play an outsized role in advocating for fair housing practices and desegregation of public places in Washington, D.C., and Maryland.

Today, effective PD officers are embracing the U.S.-led global solidarity movement against anti-Blackness and discrimination and establishing global dialogues on what rule of law, security and human rights really look like.

In a compelling testimony to Congress, Secretary of State Dean Rusk advocated that the root causes of the injustices that befell foreign Consuls and millions of Black Americans at home needed to be addressed. Abroad, public affairs officers reported that foreign audiences were cautiously optimistic of the passing of the Civil Rights Act of 1964. Embassies, consulates and cultural envoys lauded the passing of such sweeping legislation as a long-awaited part of our story. Although the State Department did not have a long track record of addressing these issues domestically, public diplomacy practitioners had to embrace the Civil Rights Movements to show American leadership in the fight for human and civil equality. Today, effective PD officers are embracing the U.S.-led global solidarity movement against anti-Blackness and discrimination and establishing global dialogues on what rule of law, security and human rights really look like—especially for ethnic minorities.

What we witnessed last summer following the brutal murders of George Floyd, Breonna Taylor and Ahmaud Arbery was the transformation of BLM into a global movement that recognizes the injustice faced by many Black Americans. Even more powerful was the positive reattribution of BLM to foreign issues. In Australia, Aboriginal activists carried the BLM banner to raise awareness of indigenous Australians who have died in police custody. In Pakistan, BLM signs stood for Baloch Lives Matter, referring to several incidents of extrajudicial killing of students from Pakistan’s Balochistan region. In Colombia, BLM centered on the death of a 24-year-old man who died as a result of police brutality, and across the Balkans, protesters came out to denounce racism and discrimination targeting the Roma community. Just as the eye of the world was on the United States following the passage of landmark civil rights legislation in the 1960s, BLM has ushered a global solidarity movement to end discrimination and achieve justice for persecuted minorities everywhere.

On the occasion of Juneteenth 2021, the U.S. Consulate Karachi’s Public Affairs Section released a video (above), that emphasized U.S.-Pakistan solidarity against racism, targeting young, civically engaged Pakistanis who were casual observers of American culture. Employing our uniquely talented videographer, Narender Kumar, the video features b-roll of protests and American diplomats reminding the target audience, which is commonly critical of the United States, that the U.S. is a democratic society that continues to build on its aspirational promise of equality. The video crescendos with a local acknowledgment of Pakistani truck artist Haider Ali’s mural honoring George Floyd as a symbol of the universality of racial and ethnic dignity. Rather than try to sweep a difficult domestic issue under the rug, the Consulate exemplified the U.S.’ value of transparency by publicly recognizing that systemic racism and injustice are prevalent in America, but also everywhere else. The message’s focused viewership expressed overwhelmingly positive reactions and strengthened our call for other nations to end race-based violence, discrimination and injustice.

Although Juneteenth does not memorialize the effects of police brutality, it stood as an occasion to highlight the leadership of Black American activism in addressing universal problems like extrajudicial killing, racism and the denial of human rights. As Secretary of State Dean Rusk said before the Senate, “We must try to eliminate discrimination due to race, color, religion, not to make others think better of us but because it is incompatible with the great ideals to which our democratic society is dedicated.”

As the United States continues to make good on our founding promises through social progress, public diplomacy initiatives that extol the universal values of domestic rights movements will make the world safer and more secure not just for Americans, but for those in solidarity around the world.

Note from the CPD Blog Manager: This is part of a series by CPD Research Fellow Shearon Roberts on the use of public diplomacy in advancing racial justice and Black racial solidarity. This is the final...