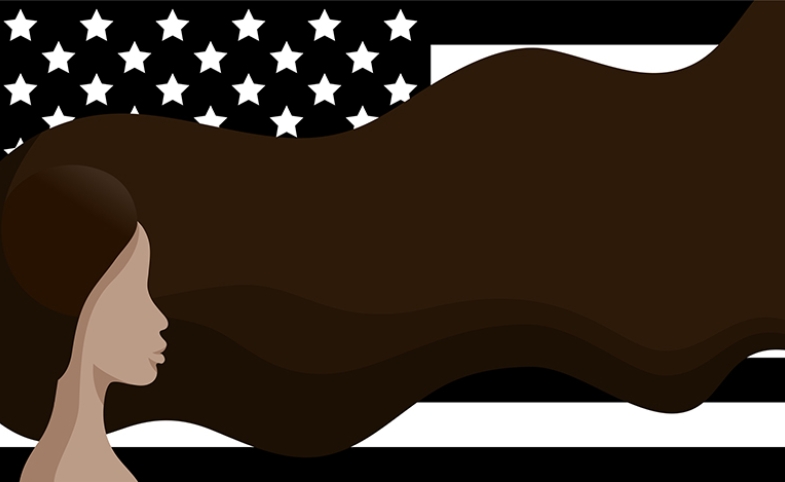 Note from the CPD Blog Manager: Neil Simon is vice president of Portland-based Bighorn Communications. He has held public diplomacy leadership roles for the U.S. government and international organizations. He is currently managing a six-year public diplomacy project funded by the EU aimed at strengthening EU-U.S. relations. This blog post does not express the official views of the European Union.

The resignation of President Trump’s most senior African American from the U.S. Department of State on June 18 reminds us that even staff most loyal to the president have their limits when it comes to the administration’s handling of systemic racism.

Long before police killed George Floyd and the Black Lives Matter movement spread globally, State struggled to show progress on matters of inclusion. This summer Congressional hearings and self-examination at Foggy Bottom have refocused attention on this issue, helping the moment of reckoning serve as a wake-up call to foreign ministries about how they represent their minority populations on the world stage.

At the core of State’s challenge is a culture that fails to retain people of color into its senior ranks.

U.S. Helsinki Commission Chief of Staff Alex T. Johnson got personal on the subject of race as he opened a briefing on Capitol Hill featuring Black elected officials from both sides of the Atlantic on June 12. “Whether being called ‘un-American’ for demanding racial and gender equality in public programming or leading meetings with officials who never expected me to be their interlocutor, the emotional toll can be mounting,” Johnson said.

Practitioners of public diplomacy are well-positioned to help foreign ministries right such wrongs. The importance of storytelling at the heart of public diplomacy demands thinking through an audience's lens, amplifying diverse characters and utilizing narrators who represent a whole nation. Diverse spokespeople help countries connect globally.

Roberto Montella, now secretary general of the Organization for Security and Cooperation in Europe (OSCE) Parliamentary Assembly (PA), worked with the OSCE in Serbia and Kosovo in the post-war years to successfully bring more minorities into government leadership roles. “Improving the representation of minorities in public life is something that requires sustained political will, allocation of resources and active international engagement,” he said.

The U.S. House Foreign Affairs Committee hearing of June 18 focused on the lack of diversity in the senior ranks at State. Ambassador Gina Abercrombie-Winstanley, a 30-year decorated diplomat for service amid conflict in Mali among other postings, recalled being passed over for a promotion because a Black ambassador was afraid it would “not look good” to have an embassy with two Black leaders at the helm.

Amb. Abercrombie-Winstanley said a tolerance for such racism at State stems from the foreign service exam itself.

“Our rigorous testing process brings us smart, educated, and intelligent foreign service officers. But it has also welcomed racists, sexists, and those who are indifferent to both. This moment in America has shown us just how dangerous that indifference can be,” she said.

Though the census shows African Americans are 13 percent of the U.S. population, they make up only 3 percent of senior diplomats. The problem begins at recruitment and grows as diplomats seek to advance.

“According to State, to represent the United States to the world, the agency must have a workforce that reflects the rich composition of its citizenry,” a February GAO report said. To aid with that recruitment, the State Department created the Pickering and Rangel fellowship programs in 1992 and 2002, respectively. These alternative tracks aimed at diversifying the ranks have had mixed results.

“It’s almost become a substitute to real meaningful recruitment of people of color at the foreign service,” said Francisco Bencosme, a senior policy advisor at the Open Society Foundations who worked on legislation to expand the hiring of a more diverse diplomatic corps.

“That’s the problem,” said Johnson. “Something is broken about the main channel if the fellowships are the only way in.”

Once in the U.S. Foreign Service, life at State has added challenges for people of color. This year’s GAO report found minorities are 26% less likely to be promoted than whites, and the trend lines for people of color to be promoted or even retained long term are not promising. “The argument was always: Give it time,” said Bencosme. “They’ve been making that excuse for 20 years now.”

Minority representation in the senior executive service ranks dropped from seven percent in 2002 to three percent in 2020, according to the American Foreign Service Association. Among all diplomats departing the service, the percentage of minorities has nearly doubled from four percent of departures in 2002 to seven percent in 2018. Few countries outside the U.S. analyze race and ethnicity data of their diplomatic corps, but a trip to any transatlantic forum shows the lack of diversity still present. “The issue is global, but the historical context is different for each country,” Bencosme said.

Looking at the role of parliaments in public diplomacy, the OSCE PA Secretary General Roberto Montella has seen change among the 57 northern hemisphere countries he works with.

“For countries that have large ethnic minorities but rather homogenous delegations, the quality of the discussions is lowered when there is no one to speak on behalf of the minority populations,” Montella said. He pointed to the United States as the most diverse of the organization’s delegations, which includes the OSCE PA’s first and only president of African descent, Rep. Alcee Hastings of Florida. “The main barrier to improving representation, I would argue, is lack of political will,” Montella said.

In Congress, passing the National Security Diversity and Inclusion Workforce Act could help, encouraging agencies to partner with educational organizations and professional associations to expand recruitment further. But as Ambassador Abercrombie-Winstanley told the House Foreign Affairs Committee, “Where the department needs help and where you can help us is holding themselves accountable.”

Strengthening accountability means listening to people of color from their start date through exit interviews. State should have diversity and inclusion scorecards for mid-level managers that tracks efforts to: recruit, mentor and showcase diversity in public-facing content, and create a welcoming workplace for people of all backgrounds.

Those who show indifference to issues of equity or foster hostile environments cannot be tolerated. After all, as Bencosme and others have mentioned: “The US is held to a higher standard.” We should hold our diplomat ranks to a higher standard, too.

The world watched an American police officer murder a Black citizen in the vilest way while he cried, “I can't breathe.” Large-scale protests erupted as a result, not just across all our 50 states, but also across the...