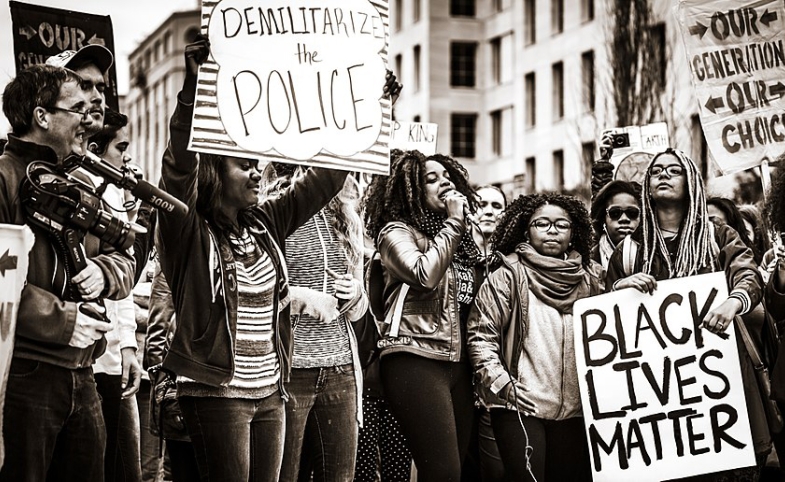 The world watched an American police officer murder a Black citizen in the vilest way while he cried, “I can't breathe.”

Large-scale protests erupted as a result, not just across all our 50 states, but also across the globe in over a dozen countries. The scale and spread were notable despite a global pandemic that kept many at home. These are not images and memories that the world can easily forget.

For the public diplomacy community, the ramification of such publicly known disasters can undo years of efforts to build relationships. These are the relationships that are built and maintained to ensure the national security and prosperity of the public. Therefore, addressing domestic issues such as those raised by the Black Lives Matter movement are not only crucial for people seeking justice, but are quintessential for enhancing the country’s international legitimacy, credibility and power.

On a personal level, I will continue to educate myself and understand what roles I can play as a citizen to address systematic inequality through organizing, mobilizing, donating, voting, conversing and behavioral change. On a professional level, I put forward my initial thinking by posing four questions and inviting dialogue about them.

These questions are broad, but I hope to focus on the angle that relates to the need to address domestic challenges, such as systematic inequality.

1. How do we show that we are listening?

The first lesson I learned from Nicholas J. Cull in the USC Master of Public Diplomacy program was that in order to be successful, public diplomacy should begin by listening. Legitimacy and trust grow as a result of listening. Genuine dialogue forms when nations are treated equally and respectfully.

One way to show that we are listening is to modify policies accordingly. Both domestic and foreign. Therefore, I pose that U.S. public diplomacy should inform U.S. policymaking. Because U.S. public diplomats are expected to explain and defend U.S. foreign policies, it is only logical that they, too, have a say in the policies they are expected to explain and defend.

The other way to show that we are listening is to modify values accordingly. When we learn more about what the global audience values, we can better highlight what we already have that is valuable, and to build on what we lack. For the latter, public diplomats need to engage the American domestic public and encourage a national dialogue. U.S. diplomats need to explain and defend American values and identity. It is only logical for diplomats not just to be educated about their country’s identity and value system, but also to be part of the discussion to help shape them. This takes me to the next question.

U.S. public diplomacy needs a stable national identity and value system as its backbone. One that is immune to the highly partisan domestic political dynamic. Further, the identity of the nation is strongly tied to the identity of their democratically elected head of state. If there is a leadership crisis in the White House, we probably have an identity crisis as a nation.

Through dialogue with people around the world, i.e., public diplomacy, we come to understand ourselves better, re-evaluate our strengths and weaknesses, and decide on the national image and value system we can unite behind. Perhaps we need to re-evaluate the culture and worldviews that have put us in the current situation, such as individualism and American Exceptionalism, or less regard for science-backed information. Of course, there are positive attributes as well, such as excellence in science and technology, innovation, strong educational and research institutions, and being the “nation of immigrants.” But the national agreement and unity on such critical identity factors seem to be waning. Engagement with other nations might help us decide how we would like to be seen by the rest of the world.

Public diplomats are the central link in this engagement, and their input and analysis are crucial.  Similarly, the American nonstate and substate actors that engage globally and practice diplomacy have valuable insights to offer. They can support a national dialogue about identity while cooperating with their counterparts around the world and showcasing American values through their action. Once a certain level of unity is reached in terms of identity and values, we can adjust our policies accordingly if we agree that serving domestic constituents, such as those who have been discriminated against, is a priority. This can also affect whether we stand united with others around the world, showing goodwill and solidarity, providing support and cooperating.

3. What contextual factors affect international affairs, and how?

U.S. public diplomacy needs to embrace the global-local dynamic and tap into it to advance U.S. international image, power and influence. The global networks fighting injustice are coming together as nonstate and substate actors, regardless of where their heads of governments stand.

While reaching the consensus on identity is becoming more challenging at the national level, it seems feasible to pursue this at the local level. This is reflected in how different cities have handled the recent protests by moving closer to the will of their local constituents. What the mayors say—and the actions they take—further depict the strength of their global-local ties, or lack thereof.

Addressing domestic issues such as those raised by the Black Lives Matter movement are not only crucial for people seeking justice, but are quintessential for enhancing the country’s international legitimacy, credibility and power.

In the next normal, the credibility and legitimacy of any international actor further contributes to its global image and influence. An example is the launch of U.S. astronauts to the ISS on May 27, 2020. This truly historic moment did not have the effects that it could have had in terms of enhancing U.S. global image and influence. When the representative of a nation, their democratically elected president, is known to be anti-science, the credibility of the nation for its scientific achievements is undermined. Similarly, when the system of governance itself is under question, like the recent Black Lives Matter protests highlight, the legitimacy of the country’s success is undermined.

The perception of power is tied to the actions performed by and attributed to the actor. The nature of that action affects the credibility and legitimacy of the actor. If the U.S. says it supports human rights, including freedom of speech and assembly, it needs to back up this statement with action. Legitimacy is achieved when the action upholds values. Credibility is enhanced when the action holds other international actors accountable, and consistently so.

4. Why does this matter now?

Domestic issues such as systematic racism have always mattered. But the world is more connected now, which means that issues like this become priorities simply because they cannot be censored or overshadowed.

Conversations about U.S. domestic issues don’t stop at the borders anymore; this makes them increasingly important for the conduct of international affairs. Internationally, maybe we got by just fine because we were backed by a strong economy, a strong entertainment industry, and a stronger military. But today, no matter how isolationist a country turns, unlike what happened after the Great Depression, it is hard to ignore other important factors: human decency, social integrity, values such as solidarity, respect for fact-based policy making, and shrewd governance.

During the Cold War, the United States could project an image of itself as a nation where Black people enjoy the same benefits and thrive alongside their fellow citizens. All while structural racism and systematic inequalities were very much in place. Today, the world is hyperconnected, and media is not just state-owned but socialized and democratized. That makes addressing such domestic issues an inevitable priority for the conduct of international affairs. Even if the U.S. won the attractiveness contest during the Cold War era, there is still an important lesson that I highlight at every seized opportunity.

In the Long Telegram and the Foreign Affairs article that George Kennan, former U.S. diplomat, wrote to the White House in 1946, he stressed that “much depends on [the] health and vigor of our own society” and explained:

“This is [the] point at which domestic and foreign policies meet. Every courageous and incisive measure to solve internal problems of our own society, to improve self-confidence, discipline, morale, and community spirit of our own people is a diplomatic victory over Moscow worth a thousand diplomatic notes and joint communiqués. [We must] formulate and put forward for other nations a much more positive and constructive picture [of us and our worldview].”

National security is not synonymous with having a well-equipped and large military. The global influence that is achieved through attraction will make a nation advance its global interests and ensure security. The international image of a nation and its attractiveness in the eyes of global audiences enhance its national security and prosperity.

I’d like to invite our community of public diplomacy scholars and practitioners to respond to these four questions as they relate to addressing the issue of systematic inequality in the United States.