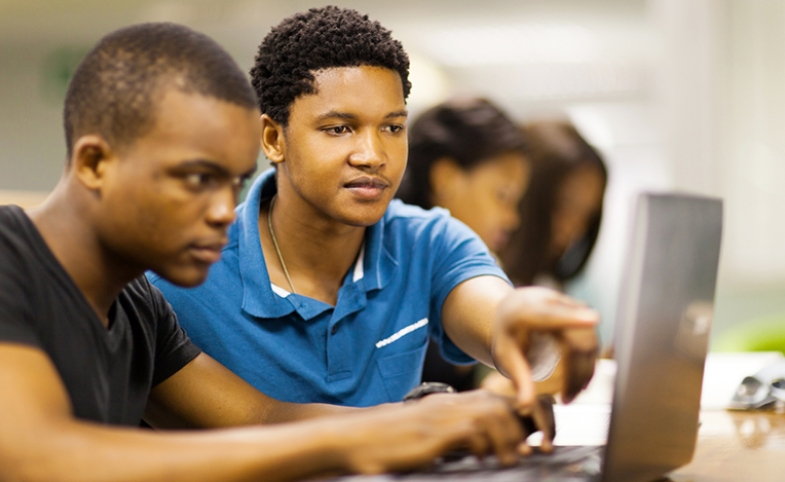 Note from the CPD Blog Manager: The views expressed in this article are the author's own and not necessarily those of the U.S. government.

The United States’ reengagement with the world presents an opportunity for American institutions of higher learning and particularly Historically Black Colleges and Universities (HBCUs) to play a greater role in advancing American foreign policy goals.

While HBCUs were to serve Black Americans' educational needs when Blacks were denied access to predominantly white institutions, they have since evolved as a national symbol of progress. Given the new administration’s focus on social justice, human rights and economic prosperity, HBCUs are ideal public diplomacy partners in stimulating development in emerging economies, reestablishing America as the center of moral authority, and boosting domestic economic growth.

Emerging Together: Leveraging the HBCU Experience to Support Emerging Economies

HBCUs have a long legacy of international engagement since the late 19th century. Since 1837, and according to the Thurgood Marshall College Fund, HBCUs have produced the majority of America’s African American teachers, doctors, judges, engineers and other scientific and technological professionals, thus serving as economic engines for their communities.

HBCUs have an opportunity to replicate their economic success globally and contribute to emerging economies' development. Due to their history, HBCUs have a competitive advantage and entry point in connecting with marginalized communities. These uniquely American institutions work with populations that reflect ethnic, linguistic and cultural diversity and demonstrate a level of cultural sensitivity to developing countries' conditions, which can foster strong collaboration with people and institutions overseas.

Historically, HBCU exchanges have been organic. Foreign-born faculty and students, for example, often initiate exchanges in their home countries or regions. For instance, at Prairie View A&M University in Texas, Hispanic faculty have organized trips to Colombia to study affordable, quality, zero-energy housing. Other positive, more structured, models showing education as a public diplomacy tool include U.S. agencies like USAID’s partnerships with minority-serving institutions and Morgan State's satellite campus in Ghana. These efforts are noteworthy, but more can be done.

Optimizing HBCUs’ comparative advantage of ethnic and cultural diversity, and the ability to connect with marginalized communities, is critical to the United States’ development, national security and global standing in the world.

$250 million in donations by philanthropists in 2020 alone, combined with a widespread interest in promoting diversity, have potentially ushered in a wave of opportunities for HBCU leadership to put forth a comprehensive strategic internationalization plan to support large-scale projects. With more inter-university and university-foreign government collaboration, HBCUs will be better positioned to contribute to the positive outcomes of emerging economies and serve as a pipeline to increase the numbers of African Americans working in diplomacy and development.

The HBCU mission and values embody the characteristics of the American story. Born out of the struggle in search of full citizenship, opportunity and socio-economic justice, HBCUs place great importance on matters closely linked to U.S. foreign policy priorities. Messages rooted in defending freedom, championing opportunity, upholding universal rights, respecting the rule of law, and treating every person with dignity are reflected in everything from the curriculum to student campus organizations.

The legacy of such trailblazers continues through initiatives like the Howard University Republic of South Africa Project (HURSAP). HURSAP is a faculty- and student-led collaborative research and educational initiative to address problems of mutual concern for South Africans and African Americans. Given Howard’s legacy on social justice issues, the Clinton Foundation also announced that Howard University will host the annual 2021 Clinton Global Initiative University, which brings students from around the world together with global leaders to develop social impact projects. Howard University is one of the 107 HBCUs in the United States that has successfully demonstrated how to cultivate a range of partnerships.

Elevating HBCUs and further integrating them into cultural and educational diplomacy will improve the U.S. image abroad and attract more international students searching for a welcoming environment. Foreign governments seeking partnerships with American academic institutions will further look to partner with institutions representing the best of America, and HBCUs are a strong option.

In comparison with many other countries, education in the United States is very expensive. Typically, international students and their families pay a higher proportion of education costs, primarily for tuition and fees. Unlike major universities, HBCUs, which generally are less expensive, provide an alternate choice for students seeking a quality education that is financially accessible.

Further, student and faculty research exchanges with HBCUs offer U.S. cultural, racial and ethnic diversity, which is attractive to international students, particularly from the African continent with whom the United States shares a special relationship as a result of the transatlantic slave trade.

HBCUs must promote their shared cultural heritage and highlight areas of cooperation based on themes ingrained in their legacy of resilience, innovation and pride. Besides recruiting more international students, HBCUs should continue to pursue more structured university partnerships and leverage international alumni networks to build direct relationships with host countries. Overall, increased international student enrollment or partnerships will translate into more jobs for Americans and increased cultural competency for American students who seek global experiences locally but cannot afford to participate in study abroad programs.

Optimizing HBCUs’ comparative advantage of ethnic and cultural diversity, and the ability to connect with marginalized communities, is critical to the United States’ development, national security and global standing in the world. While HBCUs may not be able to compete dollar for dollar with institutions that have large endowments to recruit international students or initiate multi-million-dollar university partnerships, their cultural appeal will resonate with the international community eager to reengage with the United States across multiple lines of efforts. In sum, the integration of HBCUs in broader U.S. public diplomacy initiatives will effectively promote mutually beneficial positive change that uplift and advance humanity for all.