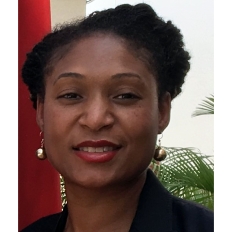 Deneyse is the Public Affairs Officer at the U.S. Embassy in Luanda and from 2015-2018 was the Public Affairs Officer / Director of the American Cultural Center at the U.S. Embassy in Niamey, Niger. During her time in Niger, she served as the lead communication field advisor to senior diplomatic and military officials in developing the national security strategic communication plan regarding American military presence in Niger.

Early in her career she worked to promote social inclusion in Latin America. She is credited for increasing the State Department's focus on African descendant and Indigenous communities in Latin America, which resulted in the creation of two positions, and dedicated funding focused on multicultural inclusion and economic empowerment for underserved communities.

Deneyse’s previous tours include Cairo, Sao Paulo and Baghdad with an assignment in the Bureau of International Narcotics and Law Enforcement Affairs for Afghanistan/Pakistan. She has Bachelor of Arts from Howard University in Communication, Master of Arts in Latin American Studies from Georgetown University, and a Certificate in Public Diplomacy from University of Southern California.

In 2021 she will join the U.S. Advisory Commission on Public Diplomacy at the U.S. Department of State as Senior Advisor. Deneyse is recipient of numerous awards including the Public Diplomacy Association of America Award and Civilian Army Achievement Award.