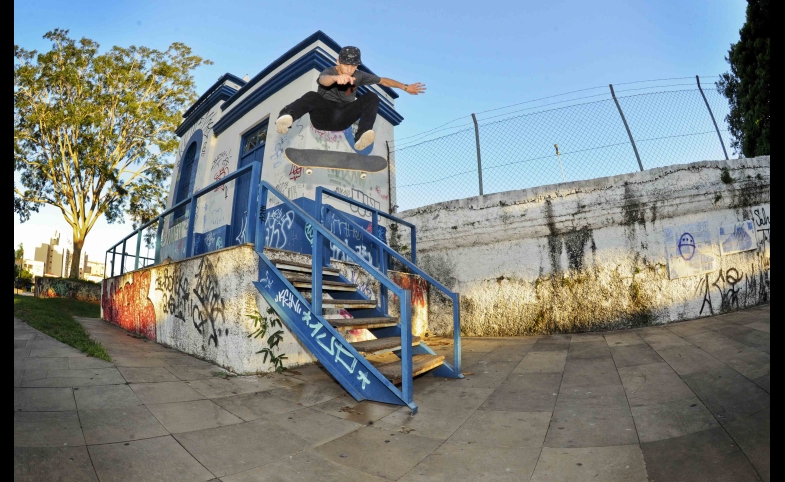 This CPD Photo Essay explores the role of non-state actors, acting both as ambassadors between countries and as ambassadors of sport to both domestic and international audiences. These photographs were taken on a recent trip to São Paulo, Brazil. 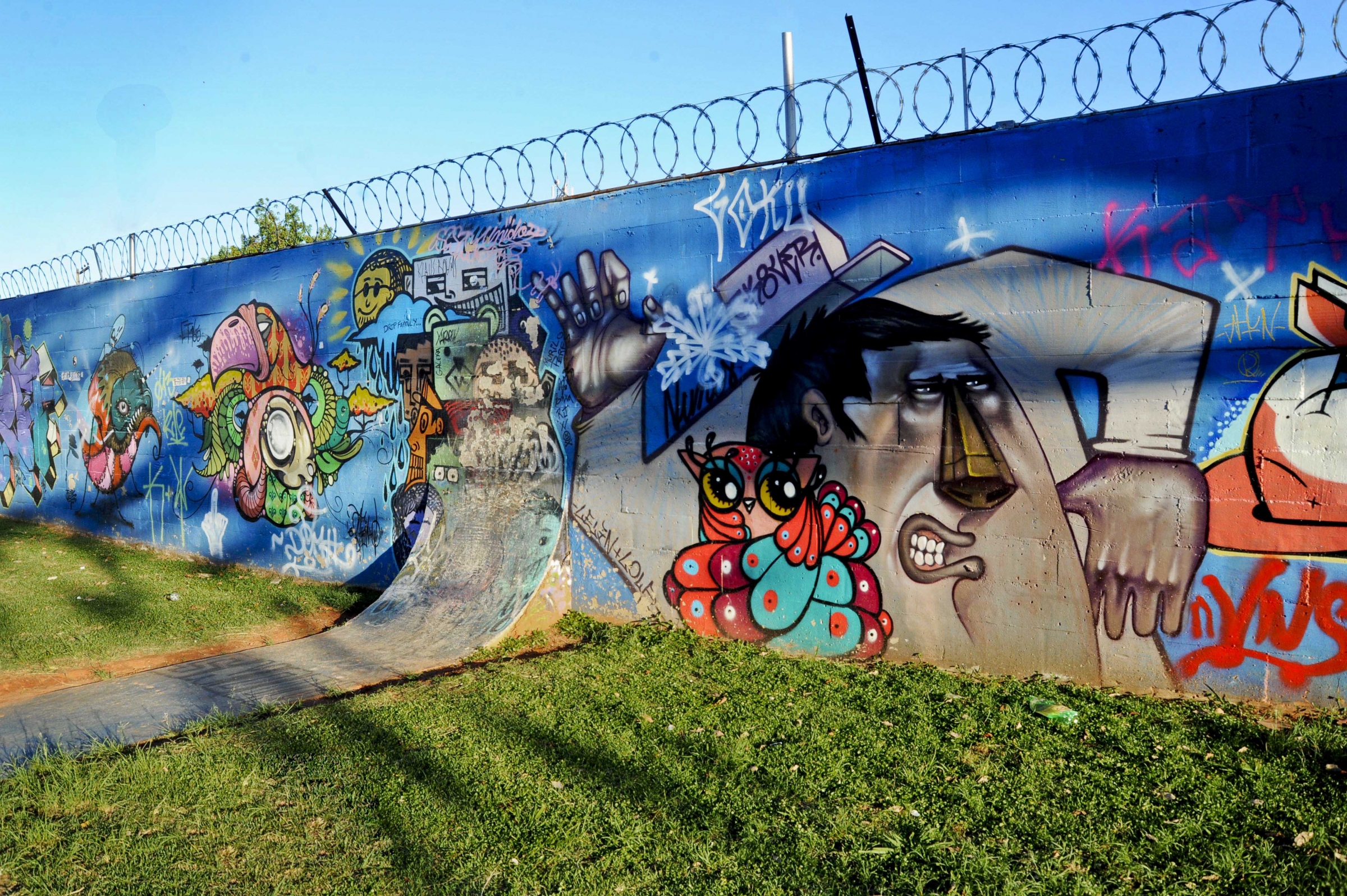 This photo displays part of a public space in São Paulo known as Praca das Aguas. Originally designed by the city as a park made entirely of cement, it has been re-appropriated by Brazil’s skateboarding youth. Tulio de Oliviera, my guide in Brazil, was the first skater to build a skate obstacle in the park three years ago. Since then, skaters from across Brazil continue to build and contribute to the skate plaza. The park is also a hub for street art, visible here surrounding the cement half-pipe. 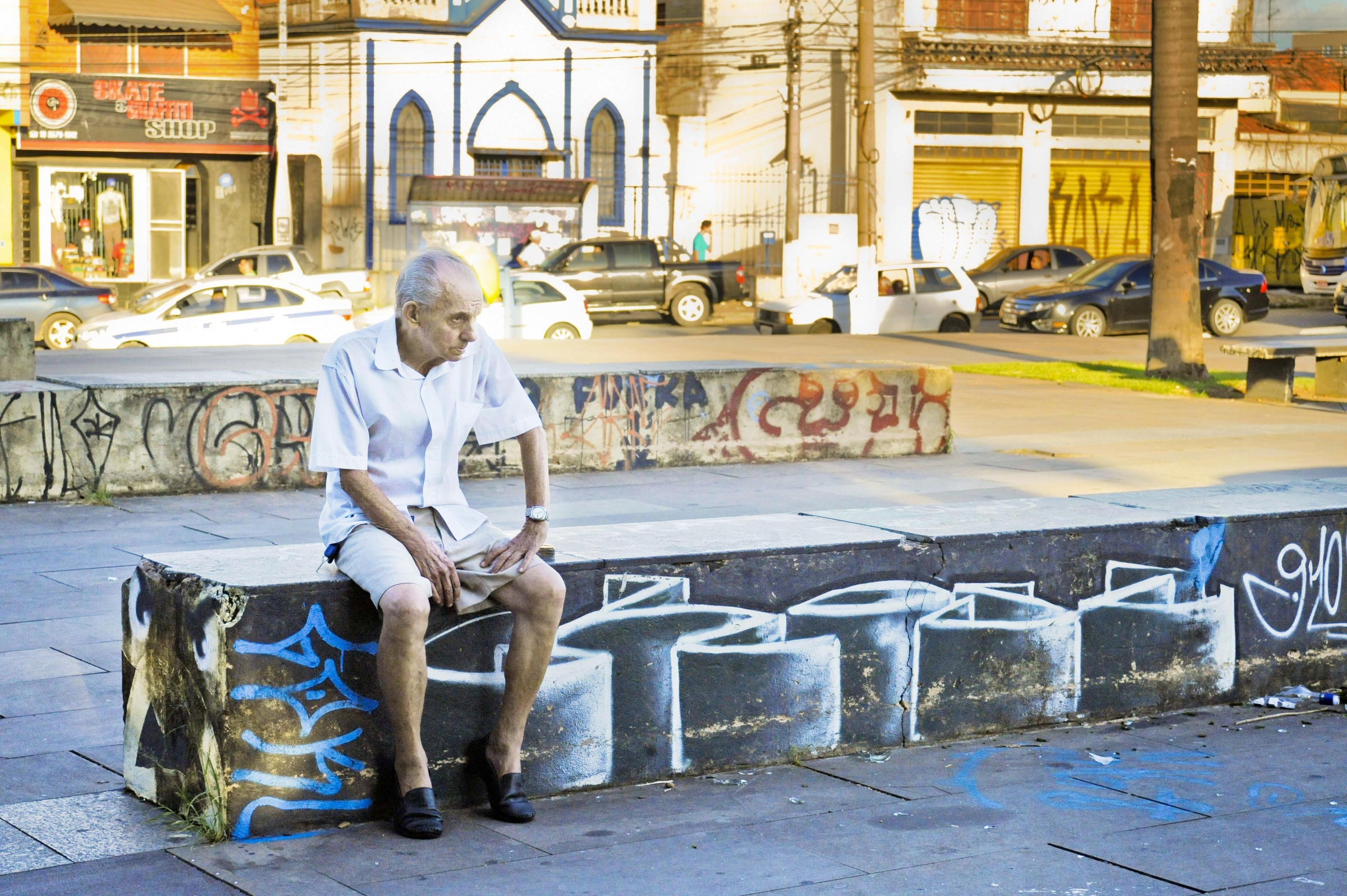 The local government has sanctioned this re-appropriation of the space by young people. During my meeting with the São Paulo City Clerk Eliazabeth Tortolana, I learned that the city had a positive response to the change, and thought it was great that skateboarders had built their own space.

Because non-skateboarding locals still use the space as a public park, skateboarding acts as a tool for cultural diplomacy. Skateboarding owes its roots to young skaters and surfers within the United States who were looking for something to help them pass the time between surfing waves in California. Since then the sport has grown to encompass global youth and establish a transnational network. As the sport spread throughout the world it carried the mantra of exploring your area and creating a local network to help support skateboarding. Tulio practiced this set of cultural norms when he initially added obstacles to the park. In this way he was teaching the skaters of São Paulo to create and embrace the community and to explore and redefine public space. When new skaters visit the park, they learn the historic narrative of the park and carry on in the same tradition; building obstacles and building community. New skaters and acts have now reinforced Tulio’s original actions as an inspirational story of São Paulo youth who have embraced the global construct identity of active skateboarders who continue to bridge the gap between skaters, locals, and tourists. 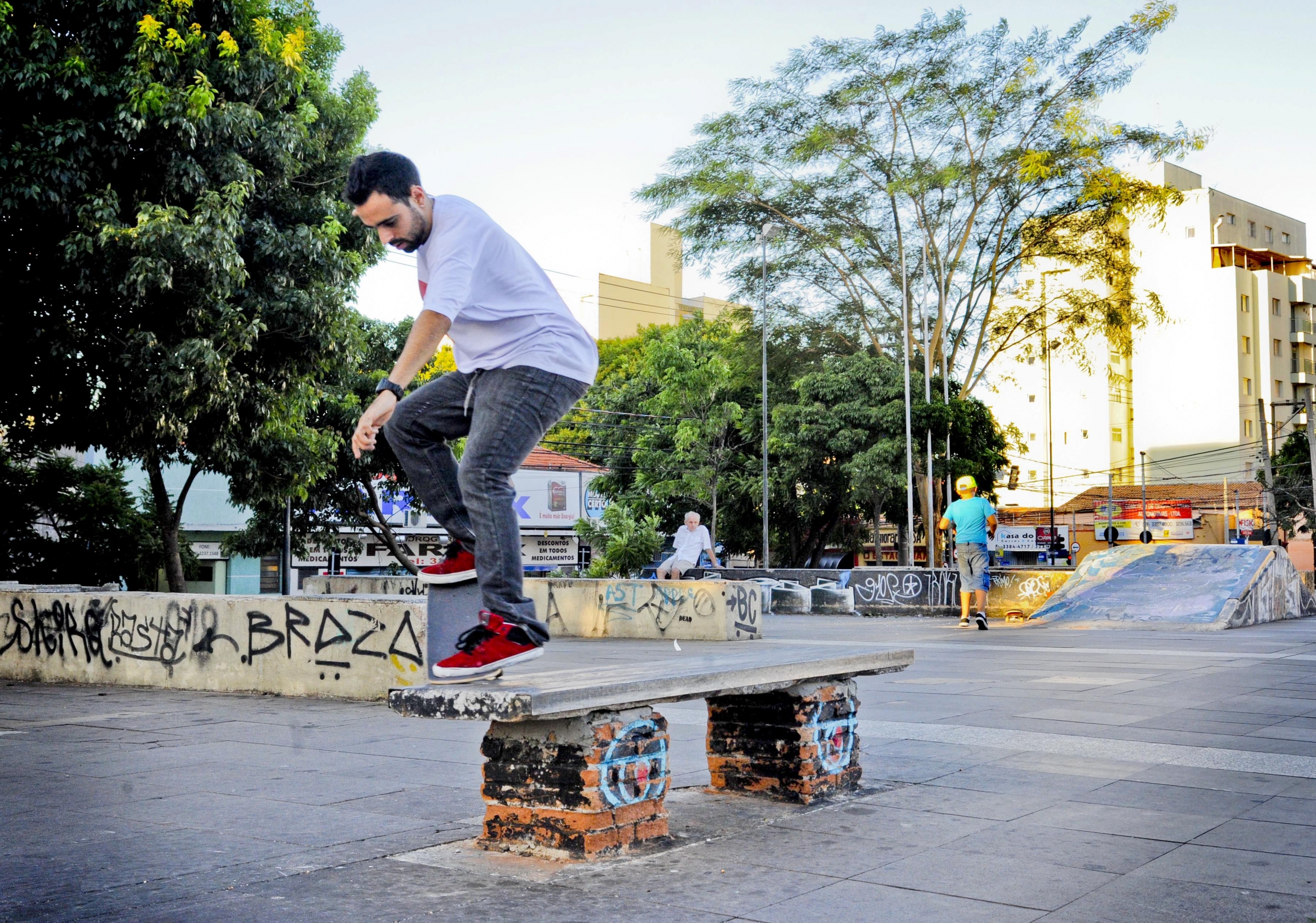 Skater Tulio de Oliviera acts as an ambassador for Brazilian skateboarding when he competes in skateboarding contests in the United States and abroad. His skateboarding skills have launched him into fame in countries such as China, Spain, Germany, and the Netherlands. Tulio is sponsored by various international companies including Citystars Skateboards, Mountain Dew, and Airwalk Footwear.

In each country and city he visits, Tulio takes the time to engage with the skaters within the community, the local people and to search out skateable terrain. By projecting good will during his travels, Tulio helps shape people’s opinion of both skateboarding and skateboarders and of the Brazilian people.

During my time in Brazil, Tulio brought me to Praca das Aguas to show me how the park’s existence affected the relationship between skaters and the community, and provided a way for both groups to watch, talk and interact with each other. He also told me that skaters from all over the world come to visit this specific park. Many skaters mentioned that some had their first interaction with foreign skaters at Praca das Aguas. In this way, the park is used as a small hub of public diplomacy between the skaters of São Paulo, the non-skateboarding community and visiting skateboarders. The park allows a dialogue to occur between all parties and acts as an outlet and training ground that displays the prowess and personality of São Paulo’s skaters, as well as their contribution to the global skateboarding community. 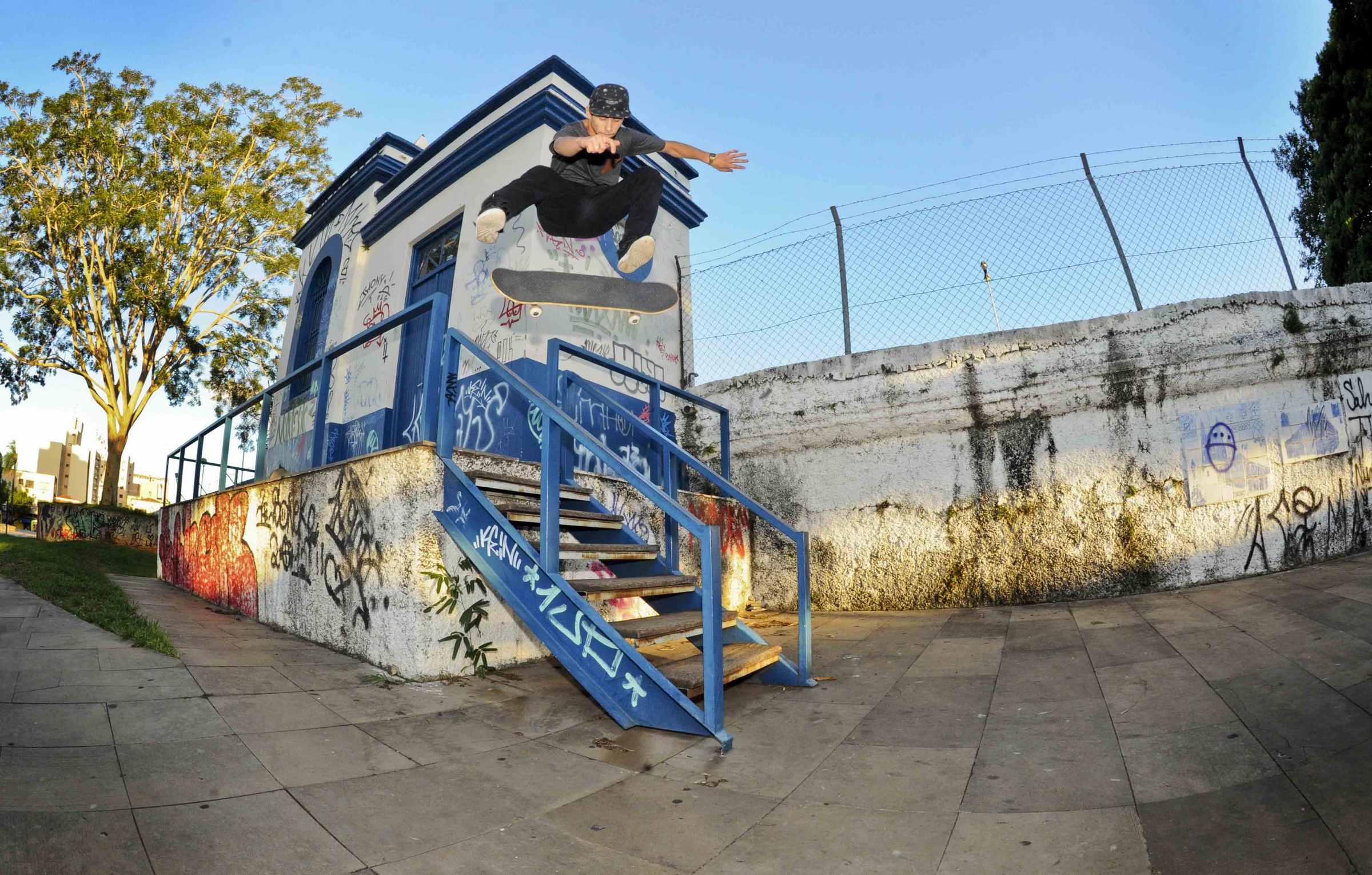 In my photo above of Vinicious Des Santos we can see how the park creates a space for cultures to come together. Although, young skater Vinicious Des Santos and I do not speak the same language, we were able to communicate through sport and worked together to create this image. We both share the constructed identity of “skateboarder” and we could relate through a shared set of global values and norms of what constituted the correct capture of his trick, a “180 frontside-flip.”

This set of standards of action are agreed upon by the global skateboarding community. These norms are then passed down amongst practioners, via word of mouth and media. Because Vinicious and I are both experienced members of this community, we had the shared values and tools to create art together, even without speaking the same language. We both knew what we were seeking from the photo and worked until we created a satisfactory image which could stand up to scrutiny by skateboarding’s global practioners and media outlets.

However, it is only after moving past that point that the real benefits of shared experience and narrative within members of a transnational community comes to light. Public diplomacy is based on creating shared experience and a mutual exchange of ideas. Once Vinicious and I built this one, small piece of art together, we showed it to other skaters in the park. They were impressed with our work; we discussed what other endeavors could be a gateway to allowing viewers an extended view of Brazilan culture beyond skateboarding.

After deliberations in various languages between, Vinicious, Tulio and I, a plan was formulated to capture images that would accurately reflect a slice of Brazilian life. With the creation of one image and an informal, act of non-state sports diplomacy, a bridge was created between myself and the São Paulo and Brazilian communities. This new bond allowed me greater access to São Paulo and the surrounding communities than if I were simply an American tourist visiting the area. Using skateboarding as the initial tool for public diplomacy, I was granted access to document various aspects of Brazilian life from the market to the favelas to help create narratives about Brazil.

Neftalie Williams was quoted in a Globo article on skateboard diplomacy.

Neftalie Williams
CPD Blog Contributor
Lecturer, USC Annenberg School for Communication and Journalism
YOU MIGHT BE INTERESTED IN...

In April 2013, I had the opportunity to accompany the Hawaiian slack key guitar ensemble Keola Beamer and Jeff Peterson, with Moanalani Beamer, as tour manager as the group toured Brazil with the U.S. Department of State...