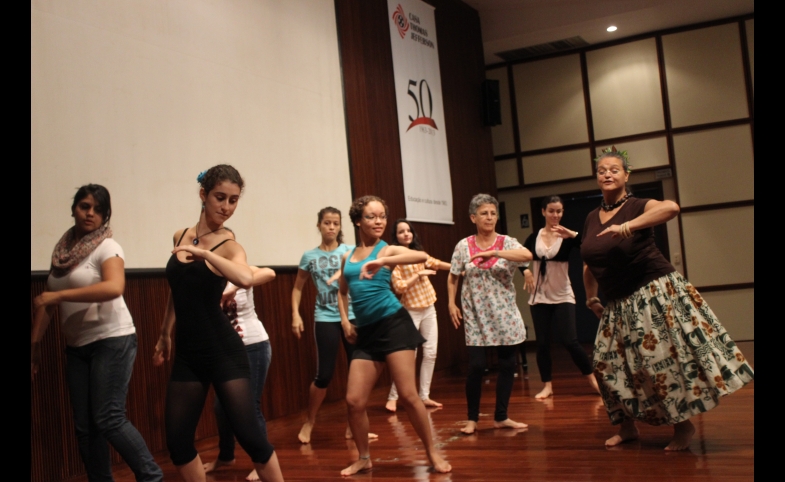 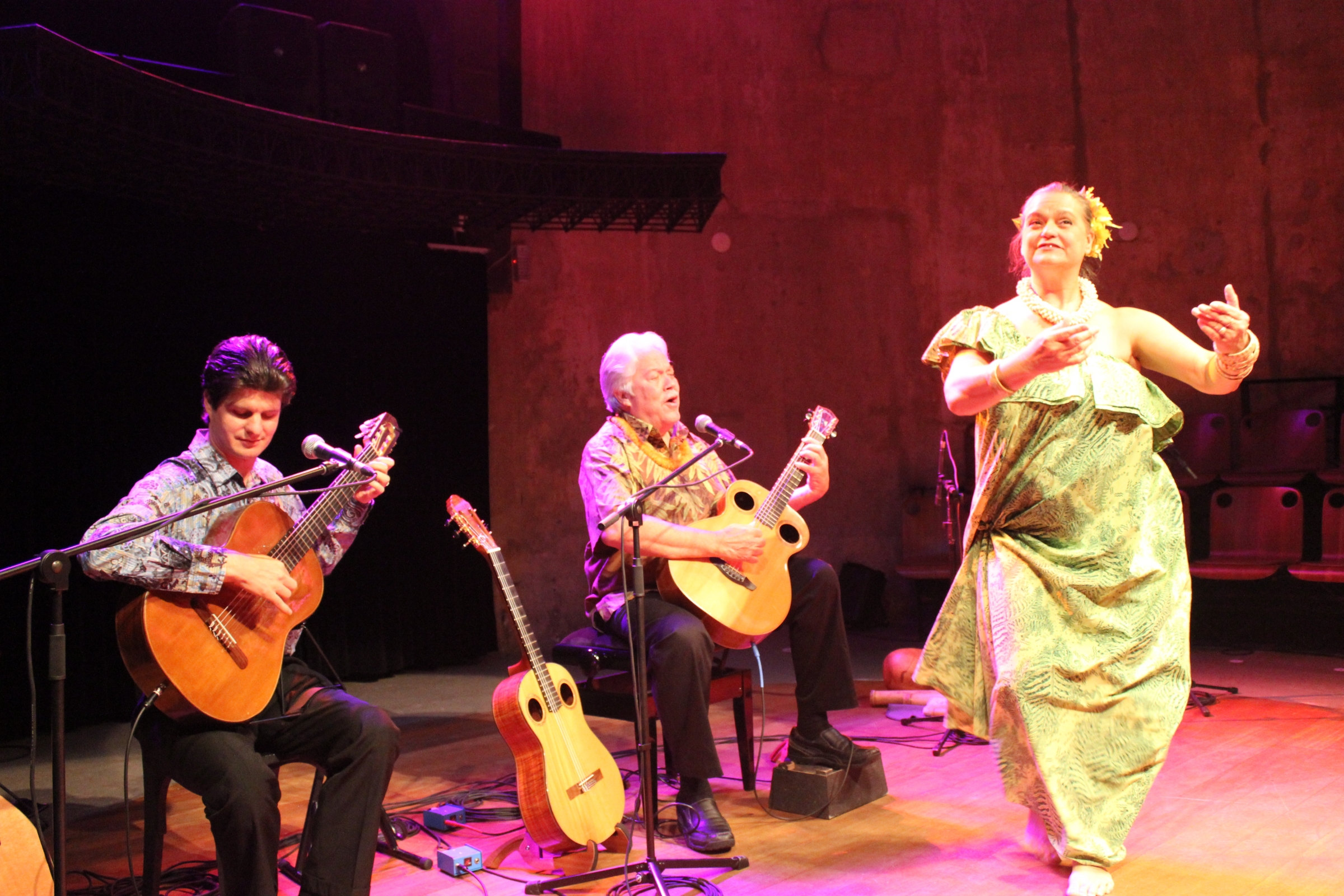 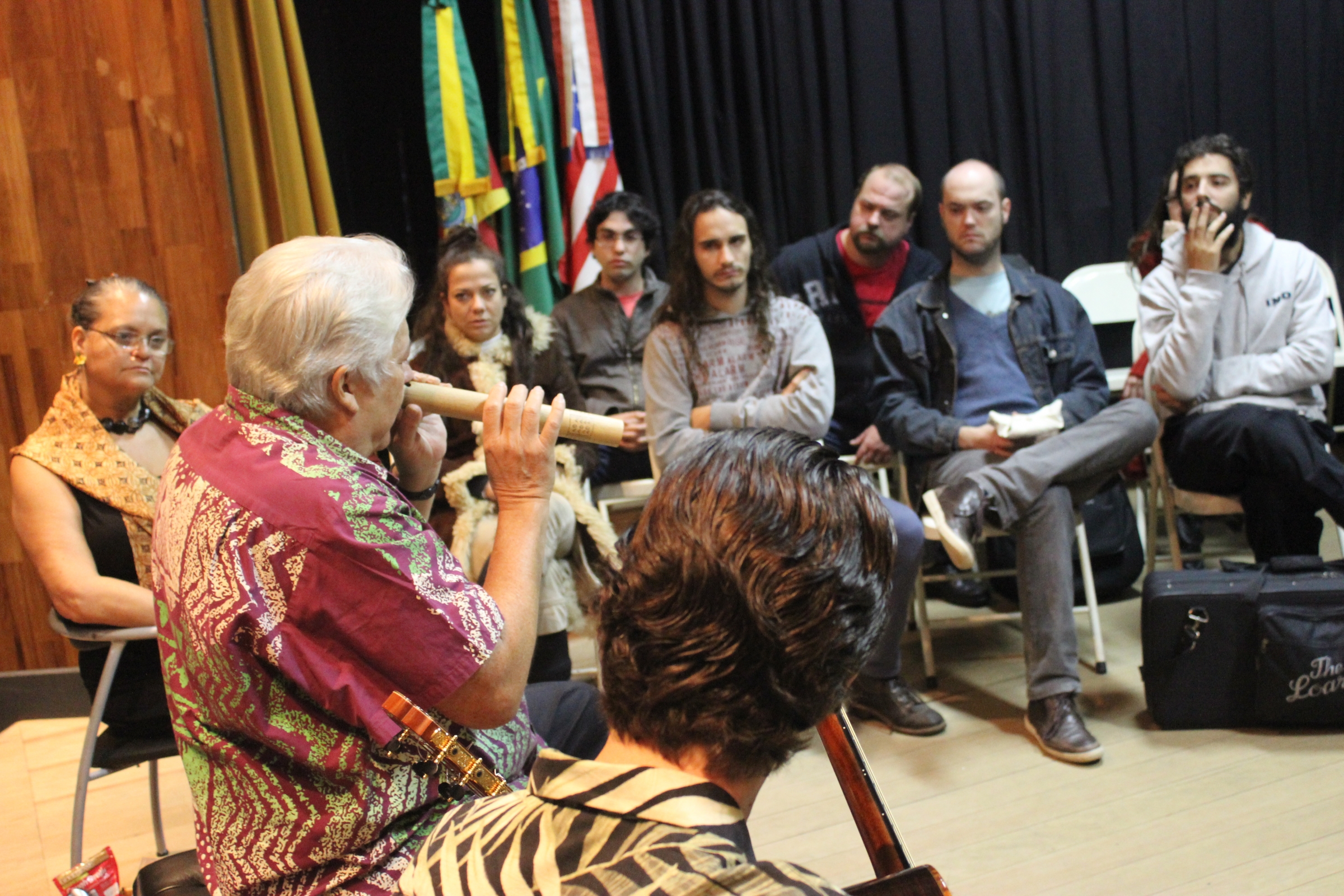 For five weeks, the ensemble Keola Beamer and Jeff Peterson, with Moanalani Beamer, toured Brazil from north to south.  While on tour, the ensemble gave performances, master classes for music students, collaboration sessions with local musicians and education programs for students.  As part of the master class sessions, the ensemble shared traditional Hawaiian music and instruments, like the Hawaiian nose flute.  This is a treasured instrument in Hawaii because Hawaiians believed that while a falsehood could be told from the breath of your mouth, the breath of your nose was incapable of deceit, and therefore the melodic sound of the nose flute is considered pure. 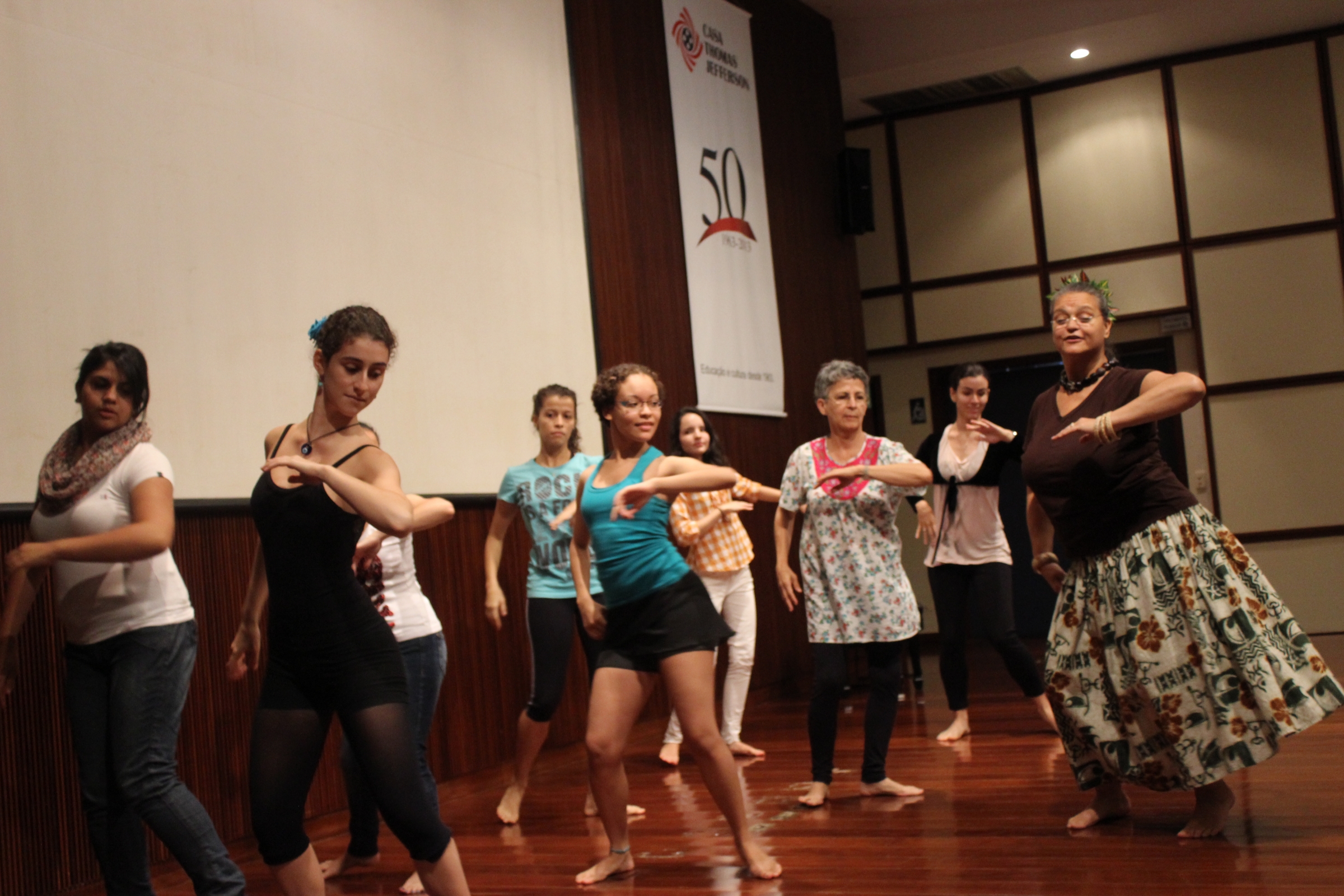 The Samba Nation of Brazil especially enjoyed learning to dance hula with hula master Moanalani Beamer (pictured above).  The hula demonstrations proved a potent form of cultural diplomacy as Brazilians were enthralled with the intricate motions and learned to share stories through movement.  At a community center in Sao Paulo, hula students who had been studying the Hawaiian art form via YouTube arrived hours early in excitement for their first class with a real live hula instructor, and literally cried tears of joy when the class concluded.

Those who make art, - through their creativity, talent and proposals - create representations of society, engage in dialogue and break stereotypes or perceptions for all audiences. Thus, they naturally become central...