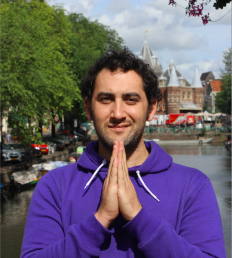 Paul Rockower has over ten years experience in the field of communications and public diplomacy, with a vast and varied career in both the academic and practitioner domains.  He is a leading expert in the burgeoning public diplomacy field of gastrodiplomacy.

Rockower previously served as a Press Officer for the Israeli Foreign Ministry, directing the media and public diplomacy of the Consulate General of Israel to the Southwest. He has also been a Visiting Fellow at the Taiwan Foundation for Democracy, where he researched Taiwan’s public diplomacy outreach.  In addition, Rockower worked as a public diplomacy consultant for INDIA Future of Change, a public/private initiative to conduct Indian public diplomacy- sponsored by the Public Diplomacy Division of the Indian Ministry of External Affairs and implemented by the design and brand company The Idea Works.