While recently on a cultural diplomacy adventure across Central Asia on an American Music Abroad tour—the State Department’s flagship musical exchange program that American Voices administers—with the bluegrass band Della Mae, I had the opportunity to encounter the public diplomacy space that are the State Department’s American Corners. As one who ascribes to Professor Manuel Castells’ postulate that public diplomacy is meant to build spheres in which diverse voices can be heard and understood, I found myself quite impressed with these corners of public diplomacy for their ability to create a space for cultural exchange.


In an age where American embassies have become more removed from city centers, and more fortress-like, the State Department’s American Corners are found in the heart of places like Bishkek, Almaty, and Dushanbe, located as a section within the confines of public national libraries. Or in other locations like Khorajand in Tajikistan, the American Corner was an adjunct space within the local university.

These information resource centers are a vital open space of American culture and information. Bedecked in maps, pictures and posters showcasing the diversity of U.S. cities, terrain, and culture, American Corners are small American-style libraries located within larger national libraries or on university campuses. They feature a variety of resources that draw in local populations and connect them with—and develop a broader understanding of—American life and culture. 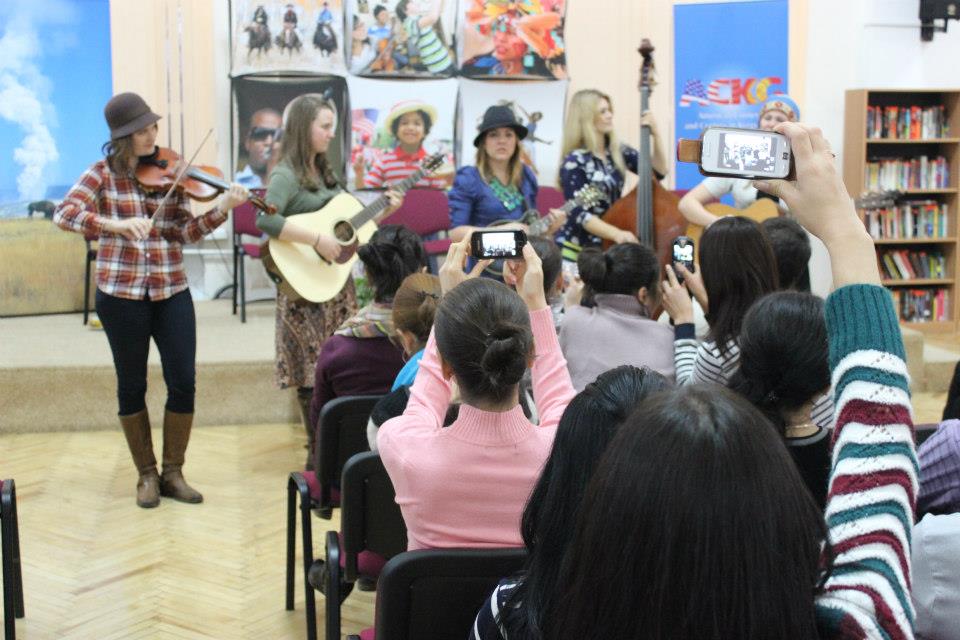 Della Mae perform at the American Corner in Bishek

The resources at the American Corners are free of charge, and help locals develop a better understanding of American life and culture. Such resources includes stacks and stacks of books, ranging from fiction by American authors such as Norman Mailer (The Naked and the Dead), Michael Chabon (The Adventures of Kavalier and Clay) and T.C. Boyle (The Tortilla Curtain), as well as popular fare such the Twilight series.

In addition, the American Corner libraries had their fare share of non-fiction such as encyclopedias and books on on U.S. history, U.S. politics, biographies and general world history books. Subjects ranged from business management and econonomics to gender studies to law and human rights. Filling in the stacks were scores of magazine titles and study guides for the TOEFL, SAT, GRE, and GMAT tests, as well as information on conducting study and cultural exchange programs in America.

More importantly, the American Corners make available computers with free internet access as well as WIFI. This is especially important in places like Turkmenistan, a country where internet penetration is in the single digits.

The American Corners also serve as a space for programming such as English language clubs or comic book clubs and discussion groups like the “Ask me anything” club, presentations on world events and lectures by Embassy representatives and visiting American guests. I found this to be smart public diplomacy, seen in innovative programs that draw in locals to the space and host eager local audiences with engaging programming that illustrates more fully American life.

As part of their American Music Abroad tour, Della Mae held performances for local students at American Corners, and had informal discussions about life in America. It made America far more tangible when these cultural diplomats would point on a map where they were from, what their home states were known for, and what life was like back home. Della Mae would perform bluegrass favorites for the audience, and educate about the style of music and its origins, while engaging the audience in informal banter. 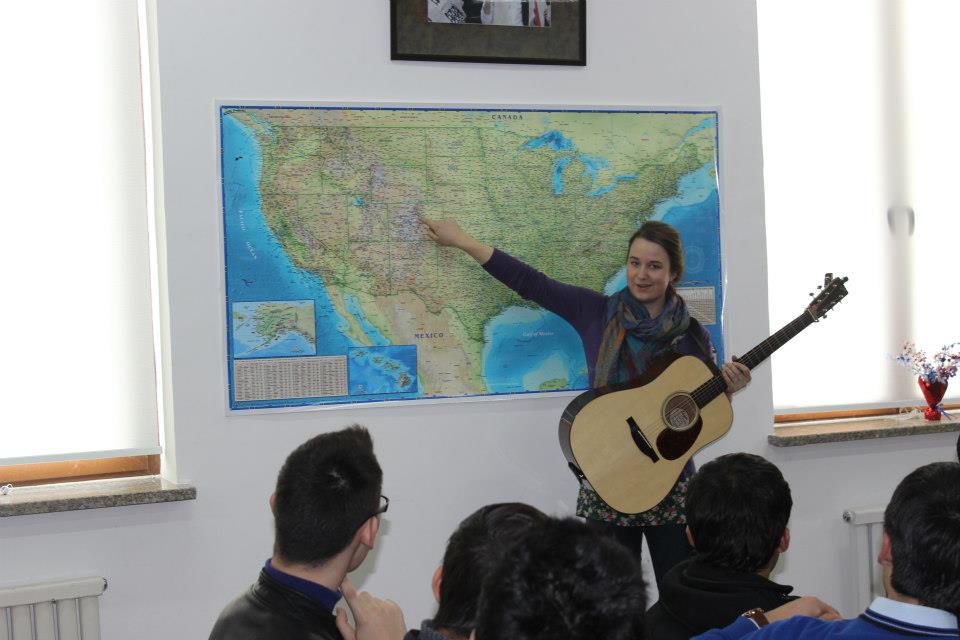 Moving forward, I remain curious to see how these corners of cultural diplomacy will be used to engage with audiences back in the U.S. to foster bilateral engagement and communication. Perhaps the American Corner can be used as an access point to connect communities abroad with communities in America via Sister Cities or high school classroom connections via skype, google hangouts or Adobe virtual exchanges.