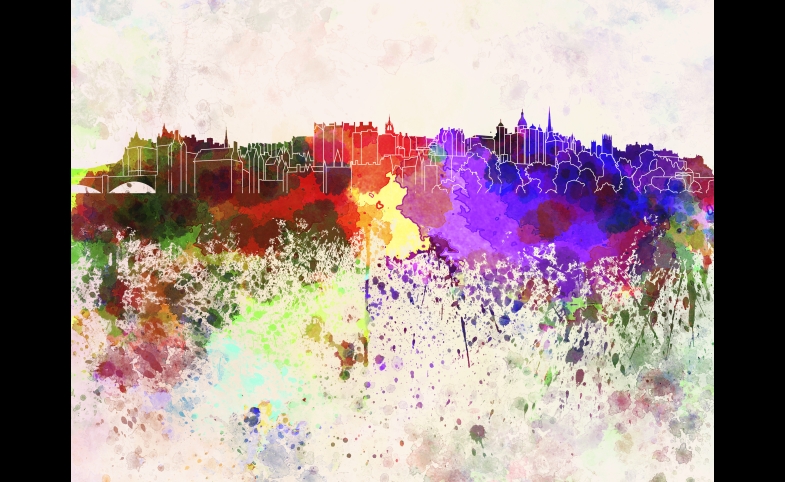 Productive international relationships rest on sustained interaction and understanding between nations and peoples. Culture and the arts have played an enduring role in cultivating such mutual awareness and respect.

But these are no ordinary times. With massive movement of trade, ideas and people, we live in a world that is stressed by the day—politically, economically and environmentally.

So what is the fate of cultural relations and artistic exchanges in this age of anxiety and growing intolerance? Can culture really hold us together in a fracturing world?

Its tremendous benefits over the last two decades notwithstanding, globalization has sharpened societal divides, heightening economic insecurity and cultural anxiety among many people. Of course, the mobility of goods, information and people is nothing new; what is new is its speed, scope and scale in our time.

Some are understandably feeling overwhelmed and exhausted by these changes, as we transition from a primarily mono-cultural existence to an increasingly culturally diverse environment. There is not only a disconnect between the elites and the public, but also a schism within the elites about the nature and merits of trade, migration, and the flow of ideas and ideologies. The rise of assertive nativism and re-nationalization in many parts of the world is due in large part to the negative fallout of globalization.

Adding to these complex dynamics, a crowded, fractured, and transparent information environment has become a part of our daily existence. Popular emotion and public opinion are exerting greater constraints on policies and state actions. The information cacophony in the digital space, with plenty of misinformation and disinformation, has exacerbated our incredulity and distrust. To make matters worse, the excess of political rhetoric through these channels of communication makes the public’s existential fear ever more vivid and visceral.

Cultural contacts, accidental or premeditated, can be harmonious mixing and mingling, but can also be contentious and sometimes even violent.

Amidst these destabilizing shifts, we are also reminded time and again of the inevitable limitations of human nature and imagination, which the influential American theologian and social critic Reinhold Niebuhr perceptively commented on decades ago. His thesis of “moral man and immoral society” states that, while individuals may be moral in the sense of considering interests other than their own and at times even sacrificing their own interest for the advantage of the other, such an outlook and conduct are far more difficult, if not impossible, for human societies such as nation-states, because human groups have “less capacity for self-transcendence” and therefore are generally incapable of seeing and understanding the interests of other social groups as vividly as their own. He wrote, “For all the centuries of experience, men have not yet learned how to live together without compounding their vices and covering each other ‘with mud and with blood.’”

This is clearly a pessimistic view of the human condition. But Niebuhr was not merely resigned to cynicism or despair. Recognizing our limitations and that there is no escape from societal conflict, he asked, “what can be done to save societies from endless cycles of conflicts?” His answer was forthright—to reduce them to a minimum by expanding social cooperation.

Our task is then to develop the incentive and capacity for cooperative behavior. And the basis of this enterprise is expanding the spaces of collective empathy.

The contemporary movements of trade, people and ideas bring tension into our physical as well as our imagined spaces. Cultural contacts, accidental or premeditated, can be harmonious mixing and mingling, but can also be contentious and sometimes even violent. After all, our tastes and sensibilities are varied, distinct, and may clash. Nevertheless, these encounters should be, to borrow from the late journalist Christopher Hitchens, clashes about (not of) civilizations.

Cultural relations provide the opportunity for us to open up vistas of experiences and to negotiate differences as we confront cultural clashes. The question then becomes: do cultural/artistic exchanges make us better communities and better citizens?

This is both a normative and empirical question. Some view culture and the arts as the consummate form of communication that helps to expand spaces of expression and empathy. On the other hand, as an empirical question, we need to better capture and further understand, for instance, the extent to which cultural exchanges enhance our communities’ cultural, social and civic capital, which we assume, as resources, are crucial for the preservation and vibrancy of local communities in global society.

There is no question that we now have more opportunities than ever to see and experience the world as a foreigner and as an outsider. At the same time, we also look for relief in the face of mounting cultural angst, as an insider and as someone who is being visited upon by others.

As we navigate an increasingly volatile world of extreme tendencies, I see culture and the arts as a moderating force, as they help to release some of the tensions in an evolving international order under great stress, and more importantly, provide us with cultural generosity to better identify and cope with the other.

CPD Editor's Note: This blog is based on Jay Wang’s plenary address at the 3rd Edinburgh International Cultural Summit.