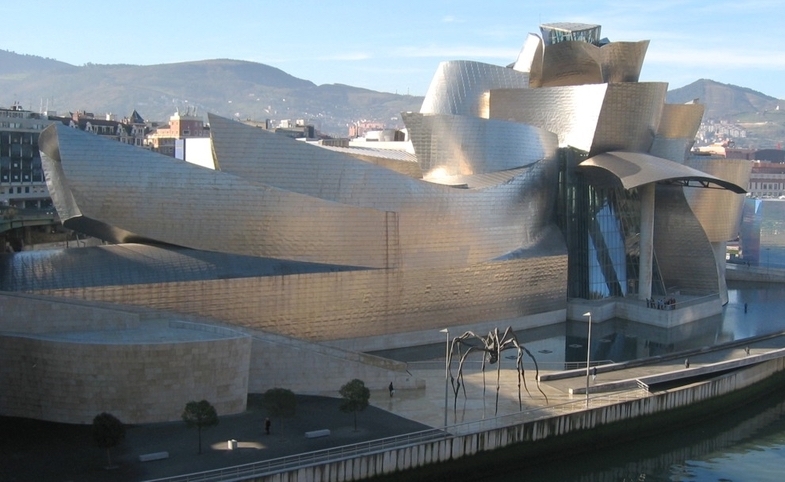 In the not-too-distant past, museums and the arts were agents of hard power. Wards initially of royal courts and then nation states, museums were repositories of hard power—safeguarding the spoils of war and human conquest of nature. They reflected the state's hegemony, which was very useful for cultural diplomacy: cultural diplomacy boasts whereas soft power persuades.

Research led by Joseph Nye demonstrates that soft power is more effective when the source is independent of government and large corporations whose communication is often perceived as “propaganda.” The transfer of museums from agencies of government to civil society institutions over the past 40 years has led to their increasing soft power. Civil society is the network of organizations that have roots in the voluntary and non-profit sectors. More and more, museums are evolving away from governmental and corporate sectors to the non-profit world. In the United States, about 80% of museums are non-profits with independent boards. This is much less so in other countries, but there is a growing trend to public/private partnerships in the museum sector world-wide. This shift to civil society means plural funding leading to new governance structures that reflect a diversity of voices and influences. As a consequence of their place in civil society, museums have acquired new roles, responsibilities, and opportunities such as: stimulating the knowledge economy, attracting talent to cities, generating jobs, positioning cities and regions as tourism destinations, raising nearby property values, and elevating civic pride.

Canada’s newest national museum in Winnipeg is a public/private venture: the Canadian Museum for Human Rights engages visitors to learn about genocides inflicted on people around the world so they are better able to understand patterns that emerge and spot the danger signs around them. The museum has become known as a forum for "Fragile Freedoms" - the name of their popular lectures series. In just two years the museum has won scores of awards so that after many decades in decline, Winnipeg has transformed itself into a regional center for the knowledge economy — with universities, insurance firms, medical research, and a thriving arts and theater scene. As home to the Canadian Museum for Human Rights, Winnipeg has decided to rebrand itself as “The City of Human Rights Education.” This is a challenging goal because Winnipeg is also home to a large population of marginalized indigenous people. Winnipeg, previously known internationally for its namesake bear “Winnie the Pooh,” is well on its way to being an international soft power reference for human rights.

In this era of power diffusion, museum buildings are more than landmarks. They are also cornerstones in successful place-making. Place-making refers to the interactions between people and place in the creation of social capital (the capacity of people working together to solve problems). Museums present beautiful, accessible, and meaningful spaces in which communities and individuals can meet, exchange ideas, and solve problems – platforms for soft power.

Museums preserve the past while also helping people adapt to the present and future.

Cities have long understood that place-making and a strong cultural brand is essential to their soft power. Many museums have been planned at the epicenter of ambitious urban development projects with the goal of repositioning their cities on the global scene and improving quality of life. This has happened successfully in postindustrial places such as King’s Cross (London), Bilbao (Spain), and in new cities like Dubai (UAE).

The “Bilbao Effect” — with the Guggenheim Museum Bilbao as the flagship — is a paradigm of place-making, of the transformation from a post-industrial center to a cultural tourism destination and a burgeoning creative hub. Before the Guggenheim Museum was built, Bilbao received fewer than 100,000 overnight stays per year. That number has risen to over 800,000, stimulating hotels, restaurants, shops, a new congress center, a city cultural center, and expansion of its fine art museum — as well as related creative service sectors, such as translation services, libraries, graphic arts, publishing and marketing, and a lively visual arts scene. Bilbao is the soft power platform for modern and contemporary art and new ways of thinking in a once culturally conservative community.

London has transformed the once derelict and dangerous King’s Cross national transport hub into the Knowledge Quarter featuring 55 museums, universities, research institutes, the British Library, and The Guardian newspaper in a dynamic mix with offices, restaurants, parks, and living spaces with rapid international train links to Paris and Brussels. Europe. On some days you hear more French than English spoken in King’s Cross — a powerful space for opinion formers in most fields of human endeavor.

Museums preserve the past while also helping people adapt to the present and future. We see this in the developing south where countries are undergoing massive change and simultaneously building new museums at an incredible rate. In highly competitive, fast-changing cities, museums have emerged as a vital resource for developing contextual intelligence and cross-cultural skills.

Medellin, Columbia once one of the most dangerous cities has re-invented itself as a city of parks and culture. Its House of Memory is a museum developed by the city and victims of the armed conflict in 2013 and has now developed as a place of reconciliation since the armed conflict ended. Botero’s voluptuous female sculptures grace parks and squares welcoming citizens and the world.

Museums are new to soft power, but their influence is likely to be profound because they present more than conferences and media moments — museums attract and engage with people in real time and space. Twice as many people visit museums in U.S. each year (almost a billion) as attend all major sporting events and theme parks combined. Between three and five times as many people who visit the physical museum participate in the museum on the web. Whether browsing the physical galleries, viewing exhibitions on-line, attending a lecture watching films, or seeing the world go by with friends, museums are setting agendas and persuading people to think about many ideas and issues. Lonnie Bunch III, the Founding Director of the Smithsonian’s National African American Museum of History and Culture says, “The goal of this museum is to make America better.” If that isn’t soft power, what is?

Note from the CPD Blog Manager: This piece, written by Gail Lord, originally appeared in the 2017 Soft Power 30 report.