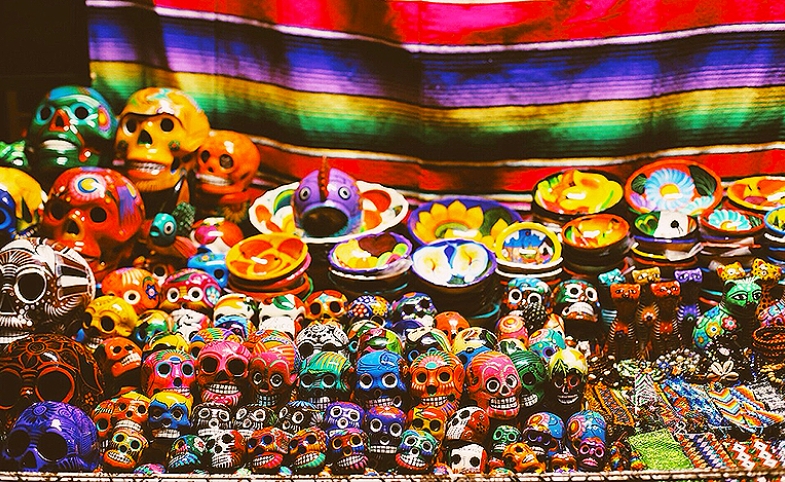 How do we engage with other cultures? Madison Jones started with this question in the inaugural episode of The Public Diplocast on being a good neighbor. In this episode, Nicholas J. Cull lectured on the definition and origins of public diplomacy, on how propaganda is different from public diplomacy and even gave a classic example of the latter: the international tour of jazz musicians that served as cultural ambassadors of the U.S. during the 1950s.

This post is intended to put my two cents to this discussion by showcasing a cultural intervention that may be regarded in the near future by public diplomacy scholars as a creative yet successful assertion of Mexican soft power: Cirque Du Soleil’s show, Luzia: A Waking Dream of Mexico.

According to the creators, Luzia is a story that seeks to reveal the astonishing surreal character of Mexico. The fantastic performances during the show encapsulate the values, history, customs and traditions that make Mexico so authentic and attractive. Indeed, this is, in my opinion, an effective way of influencing and engaging with the American public, especially in a time when the narrative surrounding Mexico and the Mexican people has never been so intensely under fire.

Mexico is a world of its own, and the best way to appreciate it is to understand it. That is why it is critical to engage with the public in a way that entertains, educates and even fosters further curiosity to learn more on their own.

Resilience, sheer will and the capacity to overcome demoralizing setbacks and barriers are captured by the implicit reference to the free spirit of the Tarahumara tribe, known for running non-stop for kilometers in mountainous geographies, and by the journey of the monarch butterfly across North America in an inter-generational effort to secure the survival of their species.

Few things are as present in the collective mindset of the Mexican people, especially in recent times, as earthquakes. To me, Luzia’s soundtrack piece, “Tiembla la Tierra,” reflects not only the endurance of fear toward the shaking earth, but also the overwhelming solidarity that spontaneously emerges from such a catastrophe, as well as the silver lining effects that these unfortunate events have as change catalysts in a vibrant civil society.

The music of Mexico is deeply embedded in the Mexican soul. The Los Angeles Philharmonic Director, Gustavo Dudamel, was seen a few months ago in Mexico City engaging in the art of street organ grinding that is so central to the nation capital folklore. “Music is everywhere in Mexico!” he stated. An often-cathartic form of channeling emotions—and most definitely a tangled mix of diverse styles, genres and subcultures—the variety of Mexican music parallels its multiple identities: a pre-Hispanic civilization, a former European colony, a Latin American and Caribbean culture, a mature Western democracy, a deeply integrated North American market economy and a Pacific Rim forward-looking country.

It is not only Mexico’s diversity, but also its contrasts, that make the country one-of-a-kind. In a country paradoxically covered by desert but surrounded by water, early civilizations flourished and thrived, forming deep connections to the flora and fauna of the place where they settled. Whether through its depictions of the religious, divinatory, therapeutic and self-discovering rituals of desert tribes with peyotl or of the spiritual display of a jaguar, a hummingbird or a butterfly in the temperament of every human being, as described in Mesoamerican legend, Luzia highlights the unique mysticism that embodies and enriches Mexico.

The relationship that Mexicans have with death is surreal, as is their approach to life: if you cannot extend the length of it, widen it with your life experiences, your passions and your imagination. Fiestas are so central to this approach because they combine a blast of energy and an emotional purge. The passion with which Mexicans cheer for professional wrestlers and soccer teams represents the dichotomy of joy and frustration that comes with it. And so it is the way they convey their reality through the talent and creativity of epic filmmakers who have gained worldwide recognition.

Mexico is a world of its own, and the best way to appreciate it is to understand it. That is why it is critical to engage with the public in a way that entertains, educates and even fosters further curiosity to learn more on their own. Luzia has been a very creative and effective vehicle to that end. Needless to say, Cirque Du Soleil’s production and performances are a first-class piece of art with a narrative that is unparalleled.

The creators regarded Mexico as a state of mind and were inspired by Mexican lore and mythology. Arguably, the show might not have been intentionally crafted to counter any negative association to the word “Mexico,” but it certainly accomplished this by leaving audiences in complete awe of the sounds and the colors of such a rich and millenary culture.

The show will visit 13 cities in Canada and the United States by 2019. From a cost-benefit perspective, the Mexican Ministry of Tourism’s official sponsorship of this show could be one of the most effective investments that the current administration may have made considering the lasting effects for the years to come. Indeed, bringing adults and children together for a show whose theme is “fantasy comes to life in Mexico” has an exponential impact in Mexico as a brand, as a concept and as a rhetorical utterance that has lately been referenced in pitiful terms.

For those with Mexican heritage, this could be a wake-up call to own—today more than ever—your roots, to feel proud of them and to carry them with honor. Carry them not with nostalgia of the past but with confidence of the extraordinary future that is ahead. For the rest, this could be the tone and the rhythm of a conversation between two nations that coexist and yet have been hesitant to get to know each other better. This is my takeaway: it takes an open and unbiased mind to appreciate the greatness of Mexico, a country that happens to be your neighbor, partner and ally. Just dare to meet it, trust it and give yourself an opportunity to fall in love with it.