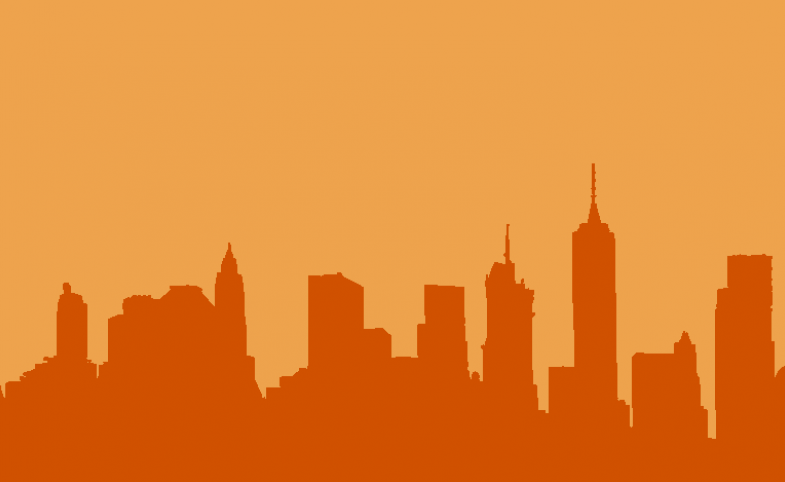 Note from the CPD Blog Manager: This is part two of a two-part series on cultural diplomacy at the local level. Read part one, “Global Cultural Engagement & 21st Century Challenges,” here. The text originally appeared in Arts & International Affairs.

In Longworth’s terminology, global cities do exhibit certain “pathologies” embodying the challenges of the 21st century. Be they climate change, terrorism or inequality, to name just a few, these all have a cultural dimension. Taking climate change as an example, it is now widely recognized that tackling it is not simply a challenge of governance or technology but one that needs to be dealt with holistically. Changing how people go about their lives, their culture, “the hearts and minds of the citizens,” in order to tackle climate change, must be part of that equation.

Another crucial aspect pertains to the consequences of increasingly diverse urban populations. While diversity is generally seen as a quality of a (global) city, the rise of right-wing populism is fueled by vilification of immigrants and all people perceived as “Others.” And for those supporting right-wing populism, the issue is more a cultural one—the cultural intertwined with but eclipsing purely economic rationales. For example, a recent study has shown that a key factor in the election of Donald Trump was racial resentment and that “racial resentment is driving economic anxiety” and not the other way around.

These developments throw into relief the importance of intercultural dialogue. In the words of a recent EU study, intercultural dialogue “opens up a third way [in addition to universalizing human rights that ignore cultural difference and the limits of multiculturalism] which is based on the creation of public goods in complex contemporary societies, on the ability of societies to go beyond recognition of diversity, and on the democratic will to address the issues under discussion.” Clearly, culture’s role in catalyzing social cohesion in cities is not to be underestimated.

Yet what may seem to be a domestic or local challenge for cities that could be tackled by way of innovative cultural policy needs to be understood from the complementary if not utterly integrated flip side which is its global dimension. There is no need to rehash here the globalized disposition of our world and its multilayered connectedness, which is of course the essence of global, world and other cities. Views to extol the virtues of projection and attraction and the ways in which city challenges can be dealt with through culture need to be complemented by a city’s external cultural relations. In fact, they are difficult to extricate from each other as “[t]he local and the global are mutually constitutive, creating and recreating each other across conceptual fields in a constant dynamic.” Culture needs to become a prominent part of city diplomacy. Enter cultural diplomacy.

If global and other cities are supposed to be as open and connected as they are claimed to be, then cities would do well to actively engage with and support a city’s culture, its organizations, networks and individuals relating to their connections with those elsewhere around the world.

Cultural diplomacy is usually subsumed in the categories of public diplomacy and/or soft power and is commonly thought of as a technology of nation-state power. It is, essentially, the “soft power” equivalent to the nation-state’s monopoly on the legitimate use of force, and, like that, is seen as an exclusively national policy tool. While it can be those things—limited in scope as a one-way engagement between nations and their publics—a widely used definition by Milton Cummings sees cultural diplomacy more expansively as the “exchange of ideas, information, art, and other aspects of culture among nations and their peoples in order to foster mutual understanding.” The key element here is the notion of fostering, by exchange, mutual understanding which is not far removed from the notion of intercultural dialogue and extends through networks that crisscross all levels of political jurisdiction.

The global dimension of this adds to the conversation a more conscious engagement with both differences and commonalities that can engender mutual benefits between cities and other global actors as well as within cities. If global and other cities are supposed to be as open and connected as they are claimed to be, then cities would do well to actively engage with and support a city’s culture, its organizations, networks and individuals relating to their connections with those elsewhere around the world. This shift in emphasis will not just deepen the advantages culture brings to a city but also do so on a global scale through a more dialogic and collaborative approach.

I am not saying that cities have no track record at establishing those vital people-to-people ties across national borders by way of cultural activities; indeed, some have been rather successful. But in order to deal with the challenges that cities and the world are facing, to stem the populist tide and to manage life alongside one another in the densest and most connected human agglomerations, a systematic and holistic approach to culture and its global dimensions needs to happen. Following Cowan and Arsenault’s (2008), three layers of public diplomacy, that by and large also apply to cultural diplomacy, and include one-way communication (monologue, or, what I refer to as projection/attraction), two- or more-way communication (dialogue), and, most importantly, collaboration, i.e. “an effort … to complete a common project or achieve a common goal,” some potential strategies toward achieving a full harnessing of culture’s global dimension for the benefits of cities emerge.

A good strategy would be to pay greater attention to culturally driven networks, such as the World Cities Culture Forum, and ensure that they have attention at the mayoral level. In parallel, I suggest injecting culture into networks that would otherwise not pay much attention to it. Only when culture is understood as contributing to combating climate change and fostering resilience, a holistic approach is given. Then, doubling down on proven strategies that in many cases have delivered a more collaborative approach, such as sister city partnerships, is worth considering.

In addition to multi-lateral city networks, a direct relationship between cities, building on past relationships as well as pursuing new relationships in parts of the world that fit into a city’s global strategy, can leverage existing trusted people-to-people ties or build new ones, thereby delivering on the goals of cultural diplomacy. Sometimes tried and trusted mechanisms can be harnessed and retooled for future benefit, without having to reinvent the wheel in its entirety.