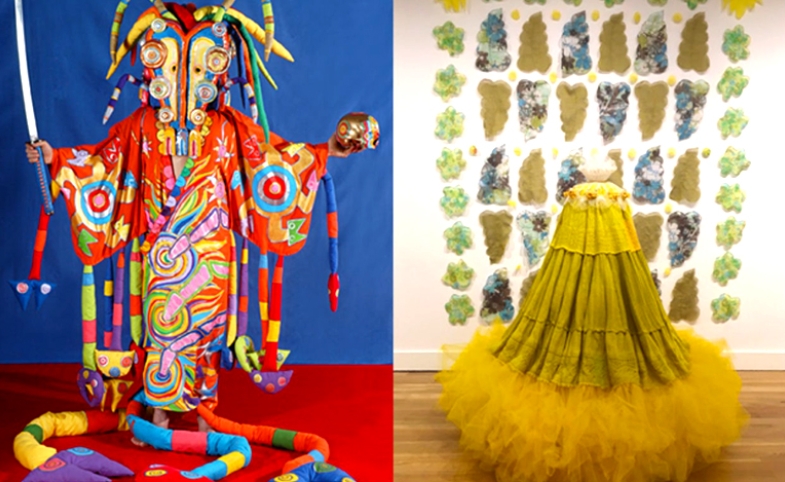 Art can be an effective and valuable medium in the facilitation of cultural diplomacy. It transcends human barriers such as language and generates empathy. On an international level it can be an effective tool in the promotion of soft power and formulation of attitudes towards other countries. Coincidentally, the places and organizations that store the art, ranging from nonprofit organizations to museums, play a crucial role in promoting cross-cultural understanding and illustrating the power of arts as a public good in bringing diverse communities together. Lyndon Johnson famously stated back in 1965: “Art is a nation’s most precious heritage. For it is in our works of art that we reveal to ourselves, and to others, the inner vision which guides us as a nation. And where there is no vision, the people perish.” Unfortunately, the current Trump administration does not share this sentiment in regard to the arts and culture, which is even more evident with its current defunding and plans to completely dismantle influential art and cultural federal agencies such as the National Endowment for the Arts and Humanities.

As we witness a decline in government support for culture and the arts, and subsequently in cultural diplomacy, cultural institutions of civil society throughout cities have momentous opportunities to engage and act as credible nontraditional actors in support of the arts and diplomacy. In Los Angeles, three nonprofit organizations, Building Bridges Art Exchange, The Mistake Room and LA Artcore, have made cultural diplomacy part of their core mission through nuanced exhibitions and exchanges. Through these cross-cultural collaborations and exchanges, new forms of artistic works and skills are often produced, which can be thought-provoking and help us imagine new viewpoints and possibilities. 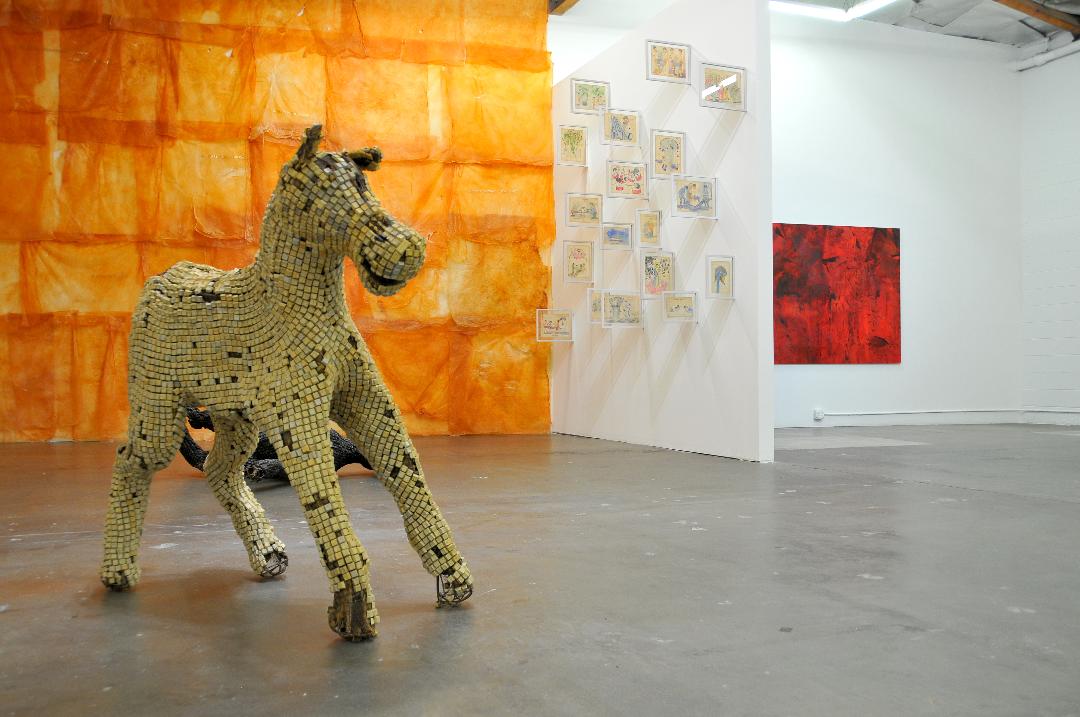 Where The Sea Remembers, Exhibition view at The Mistake Room, Los Angeles, 2019

Building Bridges Art Exchange (BBAX), a nonprofit contemporary art organization established in 2005 by Argentinian artist and curator Marisa Caichiolo, shows a varied curated selection of multicultural and international art. Caichiolo says, “We give extreme importance to connect, engage in peaceful dialogue, and create narratives that explore political issues and social movements which impact different regions of the world.” Coupled with travelling exhibitions, BBAX also hosts artists-in-residence, lectures and workshops that facilitate cross-cultural dialogue and understanding. Over the past thirteen years artists and curators from over 34 countries have been represented.

Collaborations have been a central part of BBAX, with partnerships ranging from museums, private cultural foundations and diaspora communities, to government entities such as Ministries of Culture and foreign consulates. Among its many partnerships is DAP, the Broad’s Diversity Apprenticeship Program, in which a more diverse workforce in the arts, in particular in museums, is promoted. Caichiolo believes there is still a long way to go to diversify art organizations within the United States, but she hopes through her organization’s initiatives and programs she can begin the conversation. As Caichiolo concludes, “It is mandatory in today’s world that each institution is open to the exchange of ideas, information, art, language and other aspects of culture among nations and their people in order to foster mutual understanding and this is what cultural diplomacy is about.”

Art and cultural nonprofit organizations in the United States, such as these, are more valuable and relevant than ever, not just for their role in amplifying civic discourse, but for their credible influence as non-state cultural diplomacy actors...

The Mistake Room (TMR), founded in 2014 by scholar and curator Cesar Garcia, is another nonprofit space that seeks to transform the way people access, experience and engage with art and culture from different countries. Garcia views art as a practice of compassion that has the power to attract us to things we do not understand, as he contends: “Artists don’t just paint or sculpt. Their work is always, to some capacity, about people—about how we see, what we know, how and why we feel—about what make us human. That is why I would believe they are more attuned to the world than most. What they make is most often not easy to understand, but I think that’s the point. They ask the complex questions, express difficult ideas, and challenge us to consider things differently even when we don’t agree with them. In short, they put the messy and unresolved things shaping our world out in the open and demand that we face them. That’s important because the world is not black or white. When people shy away from complexity, extreme positions emerge, and then we have body counts.”

Viewing the LA art community’s increasingly predominant focus on provincial regionalism and the need for more counter-narratives inspired Garcia to create such a platform. Previous TMR exhibitions have focused on themes such as socioeconomic effects in the “Global South,” history and identity politics.

On the responsibilities the arts have to cultural diplomacy, Garcia claims, “Artists are important in civic life because they continuously embrace the things that are most often too hard to talk about and that alone gives us an opportunity to keep talking about them with each other and with those who aren’t like us. Cultural institutions and I would even argue that the art market have a responsibility to support artists who make that difficult work—the work that is not so legible to museum audiences or not so sellable to collectors—because that’s the work that keeps us thinking and talking. That’s what diplomacy is in many ways—talking to others about the tough stuff, attempting to find common ground, and finding ways to live together. When institutions support artists, they continue to make their work, and in doing so, they keep the difficult conversations alive in the public imagination—and in the work of those who broker power.” 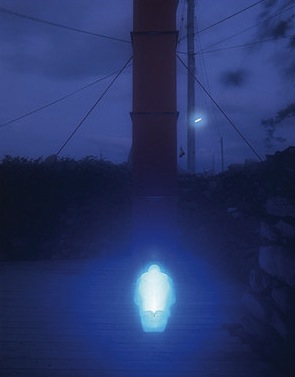 LA Artcore, another nonprofit organization that was founded 40 years ago by Lydia Takeshita, focuses its mission on exhibitions, community, dialogue and cultural awareness. Pranay Reddy, program manager at LA Artcore, shares his views on the importance of such spaces: “Speaking from a nonprofit arts point of view, it is a logical and intuitive response to be continually responsible and responsive to building bridges between communities, geographies, cultures, disciplines, perspectives, ideas, NGOs and non-NGO organizations. By developing opportunities for people of all walks of life to have a sense of ownership in the collective and individual processes of creativity is paramount to promoting equitable conditions for participants of our workshops, exchange programs and exhibits. Helping facilitate connections between people of different backgrounds who wouldn’t otherwise have crossed paths gives our mission its meaning and purpose.”

An example of such collaborations is the organization’s recent exchange with Japan, where a select group of artists traveled to Tokyo and exhibit their works at the Tokyo Metropolitan Museum in Ueno Park. As Reddy concludes, “By building these threads of connection that inevitably take on a new life, it is a great example by which international diplomacy via collaboration can be made more robust. The opportunities to share experiences together in an area and industry that is already inherently promoting of interconnections between people and things is a great place to begin to develop goodwill between different countries.”

Art and cultural nonprofit organizations in the United States, such as these, are more valuable and relevant than ever, not just for their role in amplifying civic discourse, but for their credible influence as non-state cultural diplomacy actors, especially for showcasing works of art by international artists who are lesser known in the U.S. As government funding for the arts decreases and resources become less, establishing partnerships is all the more important. Other cultural institutions, from museums and cultural centers to corporations and city organizations, can gain credibility, reach new audiences and contribute to cultural diplomacy by aligning themselves with such nonprofits.