Home|Farhang Foundation and the Power of Diaspora Diplomacy 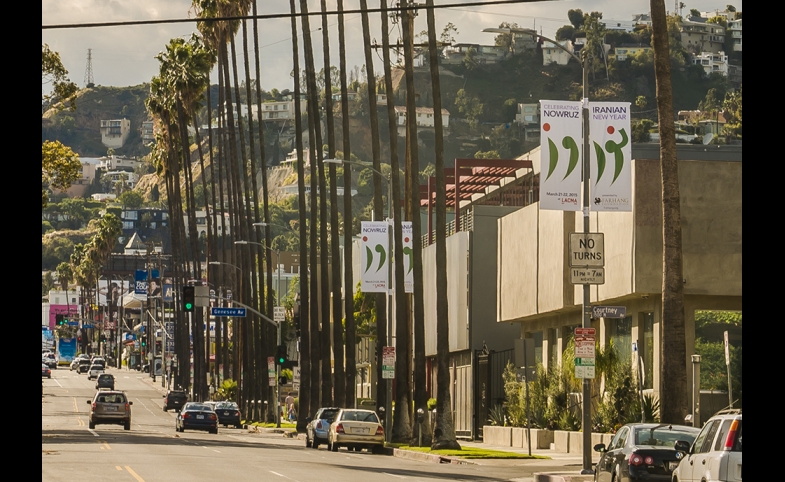 Note from the CPD Blog Manager: The author has completed an internship with the Farhang Foundation and occasionally assists the Foundation with events and fundraising activities for the Iranian Studies program at USC.

“Culture” is defined by the Oxford English Dictionary as “the customs and beliefs, art, way of life and social organization of a particular country or group.” All too often in history, cultural differences have led to misunderstanding and distrust between peoples. Yet the amazing variety of world cultures has also been celebrated for the richness it brings to the human experience. Indeed, the sharing of cultures has played an essential role in promoting understanding and fostering dialogue between nations.

Through its cultural practices and activities, a nation’s idea of itself is best expressed. In this, Iranians especially feel they have much of which to be proud. Richard Nelson Frye, a prominent Iranologist, once noted, “Iran’s prize possession has always been its culture.” It has one of the richest heritages in world history, from its art and architecture, to its literature, poetry, music, and cuisine. Unfortunately, in recent years the positive aspects of Iranian culture and society have often been ignored by the media in favor of negative stereotypes.

In this circumstance, diasporas have been a great soft power resource in educating their host countries about their culture and heritage. The largest Iranian diaspora is located in Southern California, particularly Los Angeles (which has often been dubbed “Tehrangeles” as a result). Given the long-strained relationship between Iran and the United States, it is all the more important that the Iranian community living in the U.S. adopt a more active role in presenting themselves and their culture to the community at large. Organizations that promote Iranian art and culture are an excellent way for the Iranian diaspora to yield influence.

A great example of Iranian cultural promotion is the Farhang Foundation, a non-religious, non-political, not-for-profit organization, established in 2008 in Los Angeles. Farhang’s mission is two-fold: to celebrate and promote Iranian art and culture and present it to the next generation of Iranian-Americans, and to familiarize the community at large with the richness of Iranian culture. It does this through several channels, ranging from supporting Iranian language and studies programs to the screening of Iranian films and art exhibitions. Farhang has several councils, each focused on a specific area, such as fine arts or Iranian Studies programs. Council members are individuals from diverse backgrounds who share a passion for Iranian culture, language and traditions.

As a non-profit organization, the main reason for Farhang’s success is its commitment to being non-political, non-religious, and inclusive. Remaining a purely cultural foundation has enhanced its credibility as a transparent resource, nurturing local relationships, and a positive reputation within the community. Another aspect of its success is forging many strategic partnerships. For example, every year the foundation partners with the Los Angeles County Museum of Art to host the largest celebration of Nowruz, the Iranian New Year, in the United States. Last year’s event was attended by over 20,000 visitors, making it one of the most attended events in LACMA history. Farhang’s programs and events are followed by Iranians and non-Iranians worldwide, including Iranians inside of Iran.

Given the long-strained relationship between Iran and the United States, it is all the more important that the Iranian community living in the U.S. adopt a more active role in presenting themselves and their culture to the community at large.

Farhang also sponsors the annual UCLA Celebration of Iranian Cinema, a medium that has proved to be excellent for exploring and understanding different cultures, and has helped to establish several Iranian Studies programs. Most recently, after the successful establishment of a minor degree in Iranian Studies, the foundation announced the start of its campaign to help create a new bachelor’s program in Iranian Studies at the University of Southern California. Persian language classes and courses in history and literature help students gain a better understanding of the country’s history and culture, so they can engage in more nuanced and informed discussions about Iran.

Farhang also provides a platform for artists, both Iranian American and non-Iranian, to showcase projects inspired by Iranian culture. A great example of this is the foundation’s partnership with the Craft & Folk Art Museum (CAFAM) of Los Angeles, entitled "Focus Iran: Contemporary Photography & Video Competition."

One may wonder how the Farhang Foundation fits into the practice of cultural diplomacy, which Milton C. Cummings, Jr. has described as “the exchange of ideas, information, art and other aspects of culture among nations and their peoples to foster mutual understanding.” Cultural diplomacy is often employed for promotion and advocacy, especially to move foreign public opinion in favor of a country’s government and policies. Cultural relations, however, has the broader mission of building trust between peoples and fostering understanding through cultural means. While Farhang promotes Iranian culture, it does not advocate or reject any of the policies of the Iranian government. It therefore fits more within the realm of cultural relations. According to Philip Seib, Vice Dean and Professor at the Annenberg School for Communication and Journalism at the University of Southern California, “cultural diplomacy has great value as a trust-builder and provides groundwork on which broader issues can be discussed.” Given Farhang’s ability to influence non-Iranians’ opinions toward a softer view of Iran and the Iranian people, it could even help facilitate cultural diplomacy through its cultural relations activities. The Iranian diaspora should look to Farhang as a great example to follow, not only for preserving their culture for the next generation of Iranians, but for engaging with the American community at large.