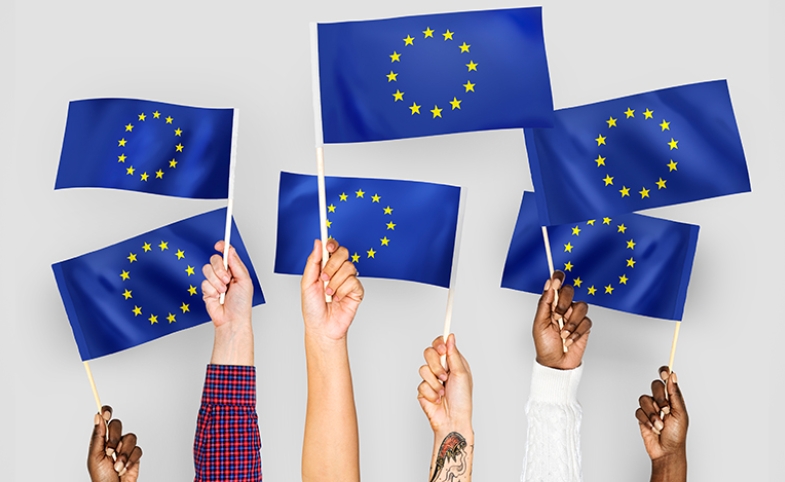 Note from the CPD Blog Manager: This piece is based on the author’s CPD Research Fellowship project, "Implementing the EU Strategy for International Cultural Relations – Toward a New Paradigm," which will be published in an issue of CPD Perspectives on Public Diplomacy.

The relation between diplomacy and culture has become increasingly complex. This results from broader changes to diplomacy brought namely by transnational challenges, which highlight the limits of states and official actors to provide solutions by working on their own. In practice, this has led to a multiplication of the models that are available to embed culture in foreign affairs. Diplomats can now choose between two main paradigms: cultural diplomacy (broadly, a top-down, one-sided practice) and cultural relations (broadly, a bottom-up, two-sided, collaborative process). A bottom-up approach is by definition more inclusive, but its management and the demonstration of its impact are more complex; conversely, a top-down framework is easier to design, deliver and evaluate but less likely to have a transformative, long-lasting impact on the relationships between states (or transnational entities) and peoples in foreign countries.

The recent inclusion of culture in the foreign action of the European Union (EU) adds further complexity to this context. Its 2016 Strategy for International Cultural Relations (ICR) states that the EU’s Member States are responsible for their own cultural diplomacy (or cultural relations in the case of Germany), which the EU—as a transnational entity—now accompanies with International Cultural Relations (its own approach to cultural relations). Although an evaluation of the continued relevance (or lack thereof) of the idea of soft power vis-à-vis this EU framework was outside the scope of my project as a 2019–2021 CPD Research Fellow, it should be noted that the ICR, both in light of its governance and of the aims that it serves, changes the main function and the focus of the diplomatic use of culture away from persuasion or attraction (of third countries by the EU’s values) and toward strengthening civil society from the bottom-up (in third countries through the shared design and enactment of EU-funded activities in collaboration with local organizations, EU actors and the cultural institutes of its Members States). This situation provides multiple challenges for cultural actors on the ground, who must navigate the demands of a not yet well-known policy with a complex governance model that serves ambitious, long-term foreign policy goals.

Cultural diplomacy supports a traditional approach to diplomacy while cultural relations is profoundly revolutionary. The latter redefines who are the actors of diplomacy, the timeframe in which it operates, and how its success should be measured.

Despite these tensions, a systematic discussion of how to prepare the managers of ICR projects has yet to take place. To identify the main knowledge fields, skills and competences that are required to successfully manage ICR projects by the EU around the world, I interviewed cultural actors and staff members of EU delegations and cultural institutes involved in six European Spaces of Culture pilot projects in Benin, El Salvador, Guatemala, Honduras, Ethiopia, Mongolia, Sri Lanka and the U.S. (2019–2021) as well as a number of ICR experts. Among other points, my findings suggest that the management of ICR projects must be understood as a distributed practice in which the main node differs according to the specific project and its context and that, to be consistent with the aims and values of the ICR approach, there is a need for flexibility in the identification of the knowledge fields, skills and competencies that are required for the management of specific projects. This leads me to identify the main characteristics of what I name the International Cultural Relations Management paradigm.

Additionally, my CPD Research Fellowship project reflects on the relation between ICR and public diplomacy. Are they compatible? Some authors suggest that “new public diplomacy” (that is, two-way and relational diplomatic practices) establishes a theoretical bridge between these concepts. However, other authors suggest that the practice of cultural relations is by definition bottom-up and, therefore, incompatible with the framework and the aims of public diplomacy. The reality is that the EU’s ICR complicates the traditional opposition between cultural diplomacy, which is state-driven, and cultural relations, which tend to be seen as organic. The ICR approach fulfills the EU’s interest to establish dialogue and trust; however, it is not state- nor EU-driven. Therefore, its theoretical compatibility with public diplomacy is questionable.

There is also empirical evidence suggesting an emerging discontinuity between the ICR and public diplomacy: particularly, recent changes to the EU's engagement with foreign audiences. EU institutions do so namely through strategic communications and public diplomacy. The former focuses on “outreach and engagement as a tool […] to develop positive and effective messages on EU policies” and is seen as a security priority. As for the EU’s understanding of public diplomacy, the latter is defined as “the process whereby a country (or an entity) seeks to build trust and understanding by engaging with a broader foreign public” through direct relations with foreign audiences. Currently, the ICR is seen as an example of this approach; however, its broad, anthropological definition of culture makes it likely that it will soon either become the policy frame through which the EU’s public diplomacy is implemented or replace it altogether.

In practice, this is reflected in a growing tension within the EU’s External Action Service. Such a tension is not solved by EU Delegations, which represent the EU abroad; rather, it is reflected in the work of their sections. The priority of the Political Section lies in “culture for political dialogue with third countries’ stakeholders,” while that of the Press and Information section lies in “culture for strategic communications.” In the case of the latter, there is no relationship with the ICR. Instead, the focus lies on visibility and communicating a positive image. On the side of the Cooperation Section, its priority lies in “culture for development,” which aligns it with the ICR.

In summary, there is an emerging chasm between academic literature on public diplomacy and the EU’s use of culture for diplomatic purposes. Rather than “old” versus “new” public diplomacy, in the European Union the emerging tension is between one-way, short-term strategic communication and collaborative, long-term International Cultural Relations. My CPD Research Fellowship report concludes by arguing that the EU’s strategic autonomy should explicitly include International Cultural Relations as one of its central axes. While the political leadership of some of the EU’s neighbors tends toward unilateralism, strong relations with the civil societies of those countries can be directly maintained and even reinforced from the bottom-up, maintaining support for liberal values and, in the long-run, contributing to geopolitical resilience. What is at stake is nothing but the future of EU diplomacy.

In the latest issue of CPD Perspectives on Public Diplomacy, Julien Abratis explores the interplay between EU Delegations and public diplomacy. Abstract: Following the Lisbon Treaty’s entry into force, the...

Tamás Szűcs' working paper "The Challenges of an EU Strategy for International Cultural Relations in a Multipolar World" analyzes the "Joint Communication to the European Parliament and the Council: Towards an EU...

The latest issue of CPD Perspectives on Public Diplomacy is an article by Bianca Baumler, senior consultant on public diplomacy, foreign affairs and communications for the European Union (EU). "EU Public...