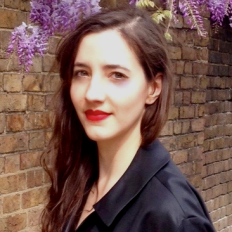 Dr. Mafalda Dâmaso is Lecturer in the Department of Culture, Media and Creative Industries of King’s College London and in the Economic and Social Sciences Department of the Institut Catholique de Paris. Previously, she worked as consultant for the French Conservatoire National Supérieur d'Art Dramatique (2018-2019), as Cultural and Foreign Policy Expert for ifa, the German Institute for Foreign Cultural Relations (2017), and as Associate Lecturer in the Department of Visual Cultures at Goldsmiths, University of London (2013-2015). She has also taken several roles in cultural institutions and often collaborates with think tanks in Europe. Mafalda holds an M.A. in Politics specializing in European Union affairs from the Université Catholique de Louvain-la-Neuve and a Ph.D. in Visual Culture from Goldsmiths. Mafalda's research and teaching focuses on the processes through which cultural policies and practices support (or reject) the movement from state-centered to transnational forms of participation, governance and belonging.