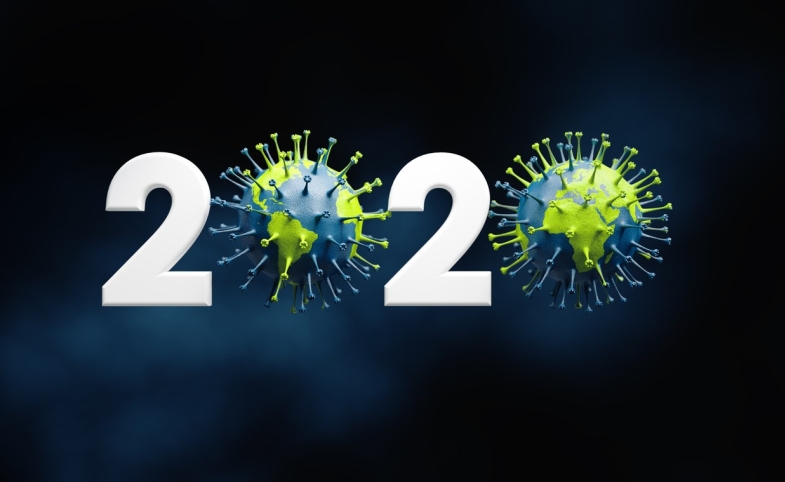 Public Diplomacy is traditionally understood as a sovereign nation’s effort to inform and influence foreign publics through open communications. It is expanding as a field that integrates diplomatic, corporate and social interests. It now includes actions taken by non-state actors of growing consequence in the global system, and implies the requirements of engagement with not just foreign but also domestic and “in-between” diaspora publics.

Profound societal shifts in 2020 are reshaping the practice of public diplomacy and by extension its study. The coronavirus pandemic, along with the intersecting social and economic crises, has transformed the practice, with digital capabilities and strategic thinking now at its core. More important, it is poised to accelerate the change and adjustment already underway in global affairs and communication.

The pandemic poses serious and sustained threats to social and economic stability around the world. Our inability to coordinate efforts in containing the virus has taught us an unflinching lesson that it is to partner or perish.

This moment in history reveals the basic realities of global interdependence and the normative value of international cooperation to tackle shared interruptive challenges. Can the pandemic experience help us to deal with future exigencies?

As the world limps along and emerges from the current crisis, it is essential that we create institutions and norms for broad-based collaboration so that we are better prepared to manage the next global crisis. Public diplomacy capabilities—our capacity for mutual awareness, understanding and solidarity—are essential to building such international ecosystems of partners and participation.

American Soft Power at a Crossroads

The mismanagement of the pandemic in the U.S. is increasingly seen around the world as a failure of governance. America has suddenly become vulnerable in the eyes of the global public, notwithstanding its leading-edging science and technology and vast material resources. The country, as the columnist David Brooks laments, is “in epistemological crisis.”

In recent times, foreign publics and governments have also expressed uniform disapproval of U.S. international policies, from increasing tariffs on global imports, to withdrawal from international agreements, and to building the U.S.-Mexico border wall. Meanwhile, the dramatic rise of bigotry and xenophobia, amplified by the excess of political rhetoric, undermines America’s appeal and attractiveness as a nation of tolerance and inclusiveness.

The world watched the recent U.S. elections with fascination and trepidation. Clearly people around the world cared about the election result and, above all, America’s democratic system that has inspired populations throughout the world. The time calls for a reset and a renewal of U.S. public diplomacy to recapture the global imagination of America.

Despite the rise of geopolitical tensions and trade protectionism, global connectedness—the extent to which any given country is connected to others globally based on interactions of its citizens with other countries—has continued apace.

In an increasingly networked system, sub-national actors have been actively seeking international engagement on a host of priorities, from business and trade, to climate and health. During the coronavirus pandemic, cities are on the front lines of crisis response and demonstrate support and solidarity through their international networks.

Meanwhile, rural communities are evolving as part of a globalized economy. The most export-dependent places in the U.S. are small rural or suburban counties. Digital technology has “flattened the space between urban and rural.” In the wake of the pandemic, some are convinced to move from urban centers to less densely populated regions as remote work becomes more accepted. And examples abound of a growing digital commerce in the countryside.

To thrive in a global economy and a diverse society, local communities, urban and rural, need cultural skills and competencies, and global networks. Cultivating and promoting public diplomacy capabilities at the local level enables genuine engagement in the world. With a sense of pragmatism, such engagement is better at illuminating commonalities between communities and peoples across national boundaries.

Public Diplomacy in a Tech Economy

The sprawling worldwide economic relations now encompass the fast-growing cross-border trade through e-commerce and the rapid growth of emerging economies and markets. Technological advances provide a key capacity for globalization to develop and expand. Nowadays every business is a tech business so to speak. And our economy is a tech economy.

As digital innovation is re-writing the rules of our economy and society, the public’s concern over digital technology and its deep personal as well as broad social and geopolitical consequences has increased—including data governance, the “future of work,” and concentration of power among tech firms; and it will only continue to grow.

These technology-led developments and their attendant policy issues have direct impact on the shape of the global marketplace. A stable global marketplace requires a functioning global order, which includes the foundations of digital trust, that are experiencing a gradual breakdown.

As we navigate through these complicated and difficult global policies and problems, there are important possibilities to bridge the worlds of business and diplomacy and to reimagine their linkages and roles.

Balance of Power and Public Diplomacy

Last but not least, a nation’s socio-economic development generates political power and international influence, with potential impact on the balance of power on the world stage.

The political realignments unfolding in various parts of the world are multi-layered, and they defy a dichotomous, either-or approach. The contemporary international system increasingly exemplifies a world of networks, as Anne-Marie Slaughter has argued, “intersecting and closely overlapping in some places and more strung out in others.”

Most complicated of all is the consequential relationship between the U.S. and China, with both converging and diverging interests and values. China is positioned to play an even greater role in global economy with its success in containing the pandemic and recovering its economy, which is also lifting neighboring economies, trading partners, and global businesses in an uncertain time.

At this critical juncture, I am reminded of Walter Lippmann’s admonition in 1943 that a nation’s conduct of foreign relations, as in all other relations, can only be considered when commitments and power have been brought into balance. Lippmann cautioned the country for prudence and restraint that were “consistently practiced by the Founding Fathers, of not underestimating the risks of their commitments and of not overestimating their own power.”

The bottom line is clear: in this age of global connectedness, there is no time to learn from our mistakes in handling all-important matters such as U.S.-China relations. This indicates how both nations must exercise responsible statecraft, by negotiating expectations of one another, and building mechanisms to settle disputes and induce agreement. Public diplomacy provides the necessary infrastructure of relationships for these crucial endeavors. At the same time, there is a vital role that Middle Power countries can play as a moderating force in navigating the web of nuanced relations.

A reckoning from the momentous change in 2020 requires us to rethink our premises and purposes of public diplomacy. The essence of public diplomacy remains the same, for it provides collective linkages between policy and people, domestic and international, through connecting stakeholders across political, economic and social dimensions. Its functionalities are no doubt becoming broadened.

It is premature to ascertain what the contours of the practice might look like beyond the pandemic. As in other sectors, some pandemic-induced behaviors will stay, while others will be replaced by new ways of doing things. But the pandemic has accentuated the need for us to think bigger in exploring possibilities and to make strategic investment in building relationship infrastructure and cultivated capabilities for new models of engagement.