Home|5 Takeaways on U.S. City Diplomacy During the COVID-19 Crisis 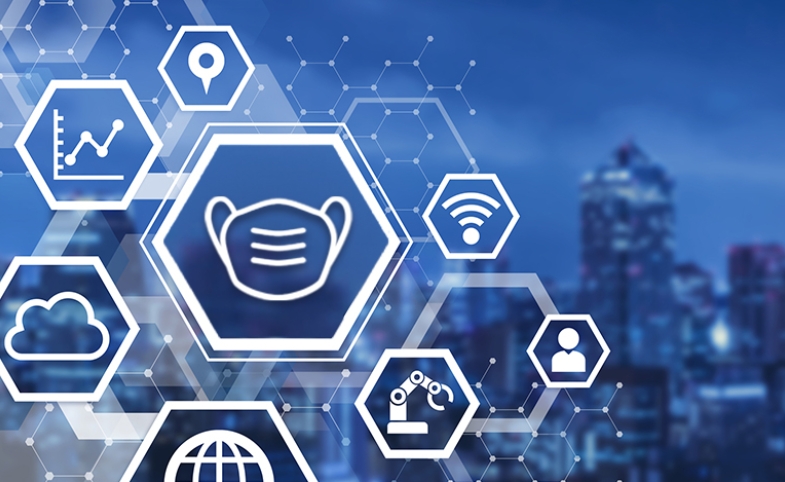 The current pandemic is a global crisis with implications for all levels of governance, but most importantly cities as they are on the frontlines of crisis response. It calls for leadership at the local level as well as synergy between the local and the federal governments. An integral part of the local response is cities’ international affairs role, given the growing linkages between international relations and urban priorities.

Last week, the USC Center on Public Diplomacy brought together city leaders with international purview from 10 U.S. cities to share experiences and perspectives in navigating the current crisis. The group explored difficult challenges facing city diplomacy, impactful actions and future outlook for the practice. We would like to share five key takeaways from the roundtable discussion.

The functions of city diplomacy are significantly affected as the crisis unfolds. Priorities are shifted toward emergency response to address the immediate needs of the city and to provide basic services to its constituents. These range from supporting the city’s effort in financial and business relief, to assisting with treatment facilities, and to sourcing medical suppliers from overseas partners. While certain aspects of city diplomacy work continue apace, the daily operations of city offices have changed as the current crisis response is decidedly an all-hands-on-deck situation.

Cities are stepping up efforts to provide frequent and timely communication through digital platforms with the consular corps, foreign businesses, and immigrant and diaspora communities on safety measures and evolving city policies and guidelines. The communication becomes especially important when the safety measures and protocols differ between home country and the host city. Given the global nature of this crisis, consular corps are essential partners not only as representatives of national governments for commercial and cultural engagement, but also as effective conduits to diaspora and immigrant groups in many cities. Consular affairs are generally deemed “essential services” during the current crisis. Maintaining and improving communication with them remains a critical function of city diplomacy in this rapidly evolving environment.

Cities have also tapped into their international networks for best practices and mutual support. For instance, as Chair of C40, Los Angeles Mayor Eric Garcetti recently convened a video conference with 45 mayors from 31 countries to share practices and lessons learned as they manage through the COVID-19 crisis. These included the cities of Milan and Seoul that provide instructive cases of containment measures. Some cities are leveraging their sister city and other international connections for support, including sourcing protective gear and testing kits. This may serve as a revealing moment that demonstrates the benefits of robust long-term relationship building through cultural exchanges, as manifested in not only messages of support but also through concrete actions from cities’ international partners in this time of critical need.

Meanwhile, resource contraction amid all the uncertainties will likely exact a toll on aspects of city diplomacy work. U.S. cities’ international affairs operation is already small in terms of staff size and resources and is vulnerable to the budgetary shortfall as do other functions of the city. The current situation has caused the funding for international affairs to be cut in some cities, resulting in staff furloughs. This might also reflect a perception that international engagement is a nice-to-have, but not a must-have, element of city operation. Such perception, if sharpened through a crisis like the current one, threatens the sustainability of city diplomacy that requires long-term commitment and investment.

While adapting city diplomacy strategies and activities to address the immediate challenges of the outbreak is paramount, it is equally important to grapple with the potential impact of the pandemic on the general practice of city diplomacy. The current crisis may harbor a galvanizing effect, as it can potentially elevate the role and value of diplomatic engagement and international collaboration for city leaders and residents alike. It may provide a teachable moment for connecting local priorities with global matters to enhance the security and prosperity of citizens. This may also be a time to explore openings and opportunities for infusing international perspectives into various facets of city operations.

City diplomacy is a powerful tool for international engagement at the local level. It provides a much-needed, anchoring mechanism to generate goodwill, reciprocity and solidarity between cities and peoples across national borders. Trust forged in a crisis is particularly telling, because it has a central ingredient of emotion that arises from the groundswell of authentic human interactions—the kind of trust that transcends the top-down paradigms of geopolitical calculations. This trust is the very foundation of a functioning global society.

The latest issue of CPD Perspectives on Public Diplomacy is an article by Kyle Hutzler, Senior Associate at McKinsey & Company. "America’ s Cities on the World Stage" examines the opportunities and...

In an earlier post, I speculated that preventing a Zika virus epidemic would rally transnational diaspora organizations. Since then, concern has grown among U.S.- and Canadian-based diasporans, especially those with roots in...