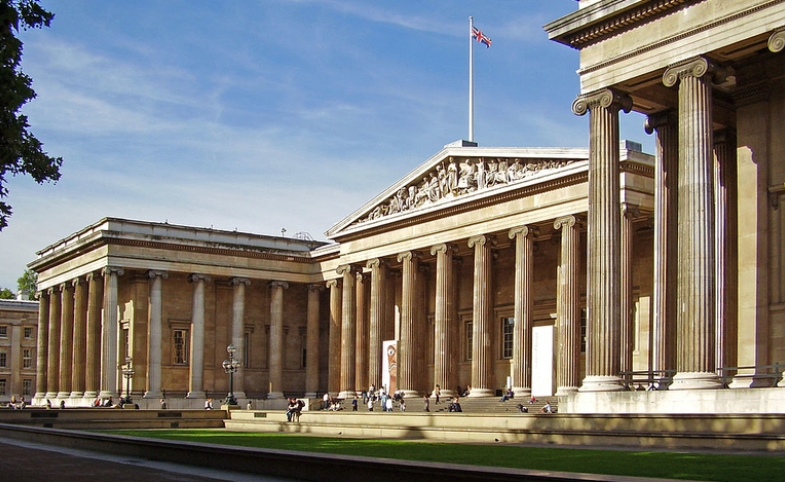 LONDON --- “Hajj: Journey to the Heart of Islam,” the exhibition at the British Museum that has drawn more than 80,000 visitors since it opened in late January is a remarkable achievement. First, it is glitz-free, relying on its intellectual content rather than the son et lumiere approach on which so many museums today rely. It explains, in a straightforward way, the Hajj, the annual pilgrimage to Mecca undertaken each year by about three million Muslims. Participating in the Hajj is one of the five pillars of Islam, required of every Muslim who is able to make the trip.

The exhibition also addresses the controversial topic of what Islam is about. Many people in the non-Muslim world think that “Islam” means terrorism, and they react to mentions of Islam with fear or anger. In doing so, they dismiss the sanctity of one of the world’s great religions, which has roughly 1.6 billion adherents. The Hajj exhibition offers a straightforward explanation of a duty that has nothing to do with politics but rather is an affirmation of religious belief.

For those of us interested in cultural diplomacy, the Hajj exhibition is remarkable because it has been made possible by cooperation from Muslim countries, including Saudi Arabia, Egypt, Malaysia, Mali and Qatar. Some of these nations often do not play well with others, so their loaning precious items to the British Museum is an important step toward participating in global cultural exchange.

In the West, cultural diplomacy is sometimes seen as an effort to export Western culture to benighted peoples elsewhere. From Van Cliburn in Moscow to Herbie Hancock in Algiers, the flow is generally one-way—West to East or North to South—with little reciprocal exchange. The condescension inherent in this approach cannot be ignored, but the lopsided nature of cultural diplomacy is partly caused by the reluctance of non-Western countries to share their own cultural assets with the rest of the world.

One of the great assets of the Hajj exhibition is its ability to undermine myths about Islam, replacing false notions with portraits of devoutness as those on the Hajj open their hearts to God.

These assets are often stunning. Iran, for example, lent priceless objects to the exhibition “Shah Abbas: The Remaking of Iran” in 2009, also at the British Museum, and more famously Egypt provided artifacts from the tomb of King Tutankhamun to museums in the United States and elsewhere during the 1970s and later to reinforce Egypt’s standing as the center of the archaeological universe.

These efforts, however, are exceptions. Countries such as Saudi Arabia are often reluctant to reach out, and this allows the “othering” of Islam to proceed in much of the world. One of the great assets of the Hajj exhibition is its ability to undermine myths about Islam, replacing false notions with portraits of devoutness as those on the Hajj open their hearts to God. The contributions from Saudi Arabia and other Muslim countries to this exhibition are invaluable and underscore the importance of cultural diplomacy being a two-way process, particularly in terms of the global South asserting itself as an independent cultural force.

I have visited the Museum of Islamic Art in Doha, Qatar numerous times, and I am always struck by the gorgeous peacefulness that emanates from this museum’s magnificent collection. That same spirit is to be found in the British Museum’s Hajj exhibition.

The arts can push politics aside and allow the true spirit of a people to emerge and be viewed by the rest of the world. Through culture, the remote becomes proximate, and in this case a religion that is often reviled appears as it really is: a spiritual pilgrimage that manifests itself as a pilgrimage to Mecca—the Hajj.