Home|Iraq's Arbaeen Ceremony: "Love for Hossein Brings Us All Together" 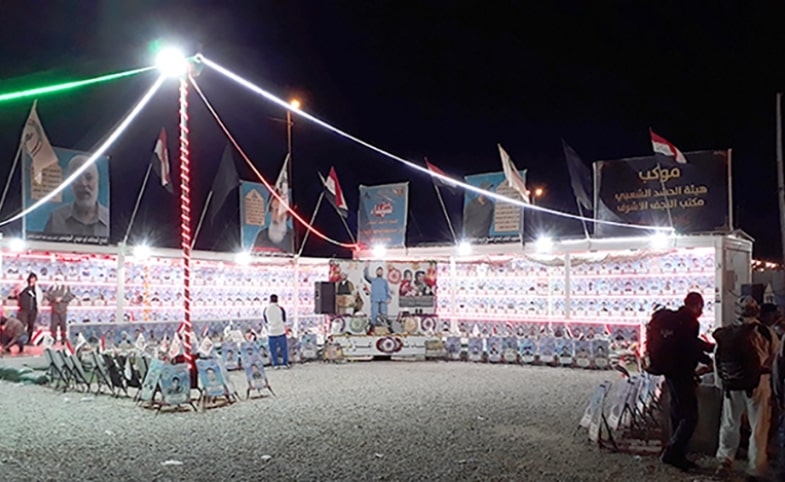 One of the main goals of public diplomacy is to bring people together to increase intercultural dialogue. If we accept this, then practitioners should definitely follow one of the largest public diplomacy gatherings of today's world: the Arbaeen ceremony in Iraq.

According to various estimates, each year, close to 20 million Muslim nationals from almost all walks of life set upon a pilgrimage to Iraq's holy city of Karbala. In Arbaeen, nationals from Iraq, Iran, Lebanon, Bahrain, Afghanistan and many other countries start a walking tour inside Iraq toward Karbala to commemorate the 40th day of Shia Imam Hossein's Martyrdom. Imam Hossein is the grandson of Prophet Muhammad who, according to the Shia, was killed by King Yazid in a brutal battle imposed upon him and his family almost 1,400 years ago. Since then, the Shia commemorate his demise each day during Ashura and also 40 days later on Arbaeen. The general philosophy is very similar to the Christian recognition of the crucifixion of Jesus in that he died to save human beings from their sins.

There are certainly other religious gatherings around the world that have a similar public diplomacy potential for their followers, but when it comes to Shias in the Middle East, as I read on many signs and backpacks en-route: “The Love for Hossein Brings Us All together.”

It is safe to say that such a large gathering is unique not only among Muslims but also the global population. The walking journey—as I personally experienced it this year by walking the 50-mile distance from Najaf to Karbala—has a large potential for public diplomacy both in terms of inter-religious dialogue and also for extra-territorial understanding.

During my “walking spree,” I met thousands of Iraqis (and their families) who did almost everything to be the best possible hosts for the “Hoseini pilgrims,” including by setting up large roadside tents. With smiles on their faces, they offered free drinks, food, sleeping accommodations (sometimes sharing their house), necessary transportation and even massages for the “Dear Pilgrims of Hossein.” Along the route, other nationals mingled with each other, exchanging ideas and offering aid when necessary. All of this carried on relatively free of obstacles, an interesting point for one of the most troubled countries of the Middle East.

One could see large pockets of people either walking or sitting together to rest. They often engaged in friendly discussions. Such discussions ranged from simply knowing one another at a personal level to talking low and high politics. Some discussions could very well have laid the foundation for long-lasting bonds for joint socio-economic ventures in the future. Portraits of Iranian martyrs along their comrades who died while fighting ISIS are omnipresent everywhere to remind the pilgrims of the sacrifices they mutually made for a common purpose. Sermons during mixed gatherings often alluded to political issues ranging from U.S. sanctions on Iran to Israeli occupation of Palestine to Saudi Arabia's effect on Muslim politics, such as the war in Yemen. The desire to continue the “Arbaeen march” to Jerusalem and Mecca one day is often heard being shouted by famous speakers called “Maddah.” All this is aimed to bring Shias together against common enemies such as ISIS or the axis of Saudi Arabia, Israel and the U.S.

Though infrastructurally, the post-Saddam-ISIS Iraq is not yet capable of hosting such a large crowd, the NGO spirit found among the Shia pilgrims and hosts make it all possible for a really commendable experience. There are certainly other religious gatherings around the world that have a similar public diplomacy potential for their followers, but when it comes to Shias in the Middle East, as I read on many signs and backpacks en-route: “The Love for Hossein Brings Us All together.”

Bloodshed in the Middle East is nothing new to the region, but one thing is surely changing: the secto-political map of the area. That is, the political power of the ethno-religious groups is at high stakes. On one side are...