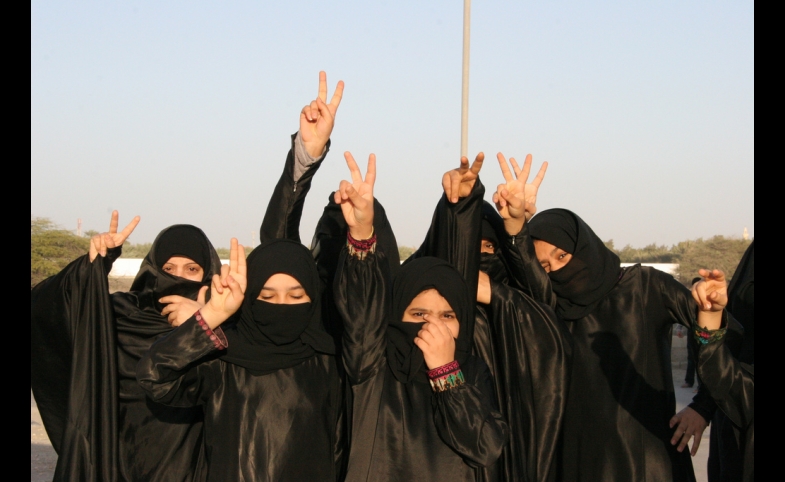 Bloodshed in the Middle East is nothing new to the region, but one thing is surely changing: the secto-political map of the area. That is, the political power of the ethno-religious groups is at high stakes. On one side are the Shias, who seized the opportunity of the Arab spring to show their desire for power. They constitute the majority in Iraq, Lebanon, Yemen, and Bahrain, and look to Iran as a model and as a partner to secure and rule over their territories.  On the other side are the Sunnis, who can be divided into two sections: first generation Sunnis like Akhvan-ol Muslemins (Moslem Brotherhood) and second generation Sunnis like the Salafists (embodied by ISIL today). Sunnis (especially the Salafists) lean on Saudi Arabia for financial and military support. In the midst of all this, the foreign policy of the United States yields confusion which tarnishes its image in the region rather than polishes it.

...More military and diplomatic support for Arab dictators not only keeps damaging the U.S.’ image among democratically-oriented Sunnis, but also fans the fire raging in the hearts and minds of the Shia population.

A long-term approach to the problem of the Middle East should include support for the moderates in the Muslim world. Compared to the Salafist ideology of beheadings in the Levant, suicide operations (either in Iraq, Pakistan, or Manhattan), assassinations in Europe, and the destruction of the economic as well as the cultural infrastructure of Arab nations (e.g. ISIL’s destruction of museums), the moderate Shia governments in Iran and Iraq, and even Shia groups in Yemen and Bahrain, are far more promising partners.

Unfortunately, the massive U.S. arms sales to Saudi Arabia, the U.S.’ silence on the return of dictatorship to Egypt, and early support for ISIL in Iraq signifies that the United States prefers to keep its obsolete alliance with the ruling Sunni kings of the region. This is not only the wrong long-term approach for securing U.S. interests, but also depletes the sympathy pool which moderate Muslims harbor towards America. Ironically, continuing this policy creates support for the Salafist ideology, which is distinctly anti-U.S., and at the same time pushes the Shias further from an understanding with the United States. Thus, more military and diplomatic support for Arab dictators not only keeps damaging the U.S.’ image among democratically-oriented Sunnis, but also fans the fire raging in the hearts and minds of the Shia population.

It is true that the Shia movements of the region, too, are anti-Israeli and (in most cases) anti-American. But even so, partnering with Shias is a smarter choice for the U.S. than continuing to support the Salafist ideology, for two reasons. First, the Shia opposition to U.S. is more of a political problem than a deep civilizational clash and follows a rational-actor pattern of opposition. This was evident in the latest clash between Iran and Israel (when Iran retaliated against an assassination of its generals proportionately and only militarily), in the nuclear negotiations, and in the unwritten alliance with the U.S. against the barbaric ideology of ISIL.

Second, and more importantly, the Shia animosity is in fact expirable, and stable collaborations with Shias are an attainable goal in the future (if not today). For example, the Iranian Supreme Leader Ayatollah Khamenei hinted that if Obama deals honestly with Iran the recent nuclear negotiations between Iran and the 5+1, there is a chance for further cooperation on other problems. A signal of this kind from a high-ranking Shia clergy carries important implications, and hopefully it will not fall on deaf ears in Washington. It will only be if the U.S. behaves accordingly that the “brand America” can be salvaged and shine once again. But the U.S. abandoning its support for the old Sunni dictators is a prerequisite for better relations with this moderate but highly important segment of the Muslim population, and also a more stable Middle East. America should simply stop betting on the wrong horse in the Middle East.

Despite diminishing Islamic State of Iraq and the Levant (ISIL) territory and revenue, the organization still remains strong due to their advanced technological network and online capabilities. In light of the ...