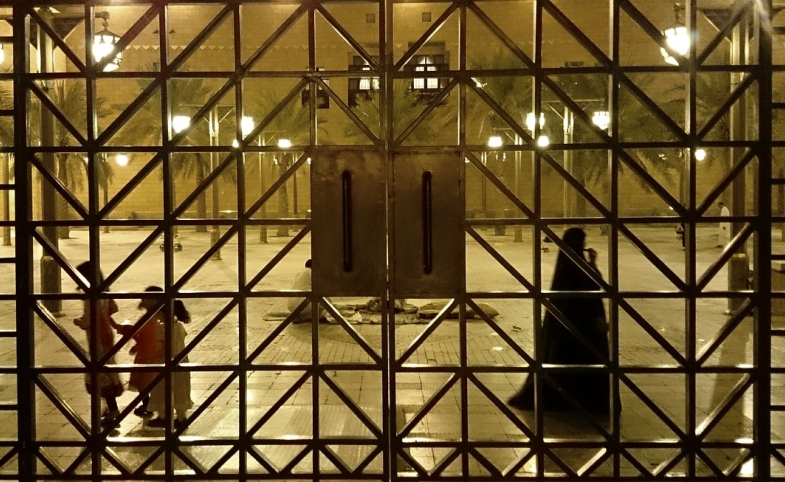 Saudi Arabia’s Council of Ministers has approved a law that restricts the powers of the religious institution responsible for protecting Islamic morality in the country, the Commission for the Promotion of Virtue and the Prevention of Vice.

The move against the so-called religious police has confounded assumptions that the conservatives would gain more power with the ascent of King Salman to the throne.

Over the course of 30 years, conservative religious officers known as "mutawaeen" have acquired power to control the conduct of people in public and great influence over legislation and even some political decisions in Saudi Arabia.

They could arrest and investigate violators of Islamic values, or obstruct laws in the name of religious and cultural traditions, but without a clear code defining the extent of their powers. Under the new rules, they will be limited to promoting Islamic morality and reporting violators to the official police.

The decision is likely to have far-reaching ramifications, restricting the authority of the most hardline religious institution in the country. But why has Saudi Arabia decided to make this move now?

The decision can be seen as designed to remove a significant barrier to a suite of reforms to counter unprecedented domestic and foreign challenges. The reforms are needed to open the way for social and economic modernization, in advance of a national transformation plan, known as ‘Saudi Arabia Vision 2030,’ which has set out a pathway for the post-oil future.

To implement this vision, Saudi Arabia wants to strengthen other sectors to diversify the economy away from oil, by attracting foreign investment and tourism. This requires traditional ways of working to be updated with values such as enforcement of the rule of law, social justice and individual freedoms. Curbing the powers of the religious police would reduce their interference in this process, thereby helping to open up a competitive economic environment.

Saudi critics argue that the fatwas – religious edicts – issued by religious institutions, and the consequent influence on people’s lives, are partly responsible for creating a frustrated and confused generation who are vulnerable to radicalization propaganda.

For years, the culture of the religious institutions has thwarted attempts to change Saudi Arabia’s strict character. Their position often relies on maintaining the status quo and disrupting moves to develop the economy by, for example, denying opportunities for women to participate fully in the workforce.

But the economy is not the only reason. A surge in the number of terror attacks carried out by the Islamic State (IS) group inside the kingdom has prompted the government to take tougher action against radicalization.

Over the past 15 months, young Saudi nationals colluding with IS members have carried out more than 11 terrorist incidents, targeting policemen and mosques across Saudi Arabia, killing and injuring hundreds.

Saudi critics argue that the fatwas – religious edicts – issued by religious institutions, and the consequent influence on people’s lives, are partly responsible for creating a frustrated and confused generation who are vulnerable to radicalization propaganda.

The Saudi Interior Ministry has estimated that there are about 3,000 Saudi fighters within the Islamic State. This number is alarming, given the steps Saudi Arabia has taken to counter terrorism, such as clamping down on incendiary sermons by religious imams, rehabilitating militants, and criminalizing support for terrorist groups.

Saudi public opinion is divided over the role of the religious police; while many Saudis defend them, others are against their aggressive tactics and call for their abolition.

In 2014, a British businessman was beaten by mutawaeen in Riyadh, for using a women-only queue in a supermarket. More recently, religious police stopped two young women and ordered them to cover their faces. When they refused to do so, they were chased through the streets. One escaped but the other was shoved and knocked to the ground. The incident aroused outrage, with many Saudis taking to Twitter to protest. One prominent Saudi writer, using the Arabic term Daesh for IS, tweeted: "Daesh occupies our homes, minds, and souls. The state and decision-makers haven’t given that any attention … Most religious police members have an Daesh mindset."

Such condemnations indicate a shift in Saudi society against the religious conservatives, which in turn influences the government’s position, as well as raising concern about the impact of the religious police’s behavior on the reputation of Saudi Arabia abroad.

Since they cite Islamic teaching to justify their behavior, their actions have too often fed the media’s claim of an ideological link between Saudi Arabia and IS. The role of mutawaeen in patrolling the streets to punish the unvirtuous has been the subject of mockery by the foreign media.

Such coverage is seen to be having an impact on Saudi Arabia’s foreign interests. Its biggest ally – the United States – has adopted a new approach to the region, and connected better with Saudi Arabia’s regional rival, Iran, by reaching a nuclear deal.

In a rare rebuke from an ally, United States President Barack Obama has even blamed Saudi Arabia for promoting Salafi ideology, saying that financial support from the kingdom and other Arab Gulf states has transformed the character of Islam in Indonesia.

Before that, the British government suspended a commercial deal with Saudi Arabia to reform its prisons, after extreme criticism at the state of human rights in the country.

By tackling the power of the unchallenged religious establishment head on, the kingdom is likely to appear more moderate. However, it remains to be seen whether this significant move will be the first step on a true path of reform.

Note from the CPD Blog Manager: This piece originally appeared at The World Today

The Charlie Hebdo murders have reinforced anti-Muslim and anti-Arab sentiment that even when invisible always simmers just beneath the surface of public opinion in much of the West. Some prominent Arab news organizations...

Yesterday President Obama came to American University to make his case for the Iran nuclear agreement. The White House specifically chose AU because it is where President John F. Kennedy’s delivered his famous 1963 “Peace...