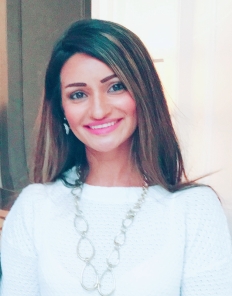 Najah Al-Osaimi is a researcher and journalist specializing in international relations and diplomacy, as well as ongoing sociopolitical affairs in Middle East. She was among the winners of the "Every Human Has Rights" media awards, which marked the 60th anniversary of the Universal Declaration of Human Rights. Al-Osaimi’s articles and columns have appeared in The World Today magazine (produced by the Chatham House); the Centre on Religion and Geopolitics website (an initiative of the Tony Blair Foundation), Asharq Al-Awsat newspaper and the Saudi Gazette, among others.

Al-Osaimi is also working on a doctoral thesis at the University of East Anglia on the role of soft power in  Saudi Arabia's foreign policy. Al-Osaimi holds a Master’s degree in International Journalism from London City University, and a Bachelor’s degree in Translation and Interpretation from King Saud University.