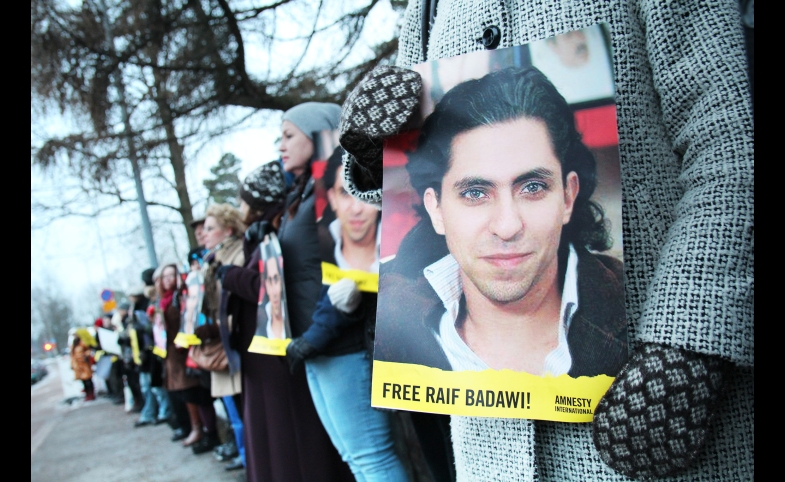 The Saudi Minister of Foreign Affairs, Adel Al-Jubeir, spoke recently at a press conference in Berlin on the case of Raef Badawi, a Saudi blogger who has been sentenced to ten years in jail for creating a website that promotes liberal discussion. Badawi’s case, said Al-Jubeir, is an internal issue for Saudi Arabia, who will not accept any outside interference in its judiciary and internal affairs.

But Al-Jabir’s remarks drew attention to a larger issue: how western countries approach human rights issues in other countries. Are they effective in promoting human rights, or do they just create diplomatic tension?

For decades, western governments have placed the promotion of democracy and human rights abroad at the top of their foreign policy agendas. Hundreds of millions of dollars have been invested in such policies, based on the belief that this would advance stability and peace.

The issues of human rights and democracy in Saudi Arabia remain controversial. The Kingdom, which has enjoyed tremendous support from the west, perceives human rights differently from its western supporters. This paradoxical situation was brought to light following 9/11, when an increasing focus was put by western media on domestic issues within the Kingdom, such as women’s rights and the dominance of religion in all aspects of life.

Since then, there has been constant diplomatic tension between Saudi Arabia and some western states, such as Sweden,who recently attacked Saudi Arabia's domestic policies.  Badawi’s case was the focus of Sweden’s attack, presumably in an effort to force the country to review his sentence.

Current western thinking that human rights and democracy can be established by decree or force in Saudi Arabia is doomed to failure. ​

But the ensuing diplomatic furor indicates that the west faces obstacles in attempting to promote what they consider “universal values” in Saudi Arabia.

Western policy communities often underestimate the inherent difficulties in bringing about cultural change in Saudi Arabia, whilst accommodating Islamic principles and culture. It will probably take another generation or a new breed of western thinking to understand this. Current western thinking that human rights and democracy can be established by decree or force in Saudi Arabia is doomed to failure.

In understanding human rights in Saudi Arabia, it is important to look at the country’s geopolitical position, religious, and cultural legacy, as well as the way it seeks to balance modernity, religious principles, and culture. Saudi Arabia has its own Islamic frame of reference through which it sees where to go.

Already the Kingdom has made progressive steps towards reform, particularly in preparing groundwork for its emerging civic culture and in promoting human rights. For example, this year there will be a municipal election in which women will run as candidates for the first time.

Freedom of speech is relatively high, despite restrictions on speech about Islam. Social media is uncensored and this enabled activists to push for real debate over public policy. More than four top Saudi ministers and officials have been fired this year, following angry social media campaigns.

These developments have been introduced by the Saudi government in a gradual, non-coercive form, and without the interference of other countries. That is to say, Saudi Arabia aims for change, but it is unwilling to be guided by other countries, nor establish a quick change that may trigger the risk of engaging in conflict within its conservative society, or with other Islamic countries who expect Saudi Arabia, as being the heart of Islam, to be firmly committed to the Islamic traditions.

The west can continue to support Saudi Arabia’s reforms, but through means other than pressure and critique, which have been shown to be ineffective.

The United States and Britain have helped Saudi Arabia to develop since the country’s establishment in 1932, advising the Saudi government on strategies and policies to manage oil resources that promote economic and social prosperity. This allowed the Saudis to adopt aspects of modernity. And that was a justifiable engagement, because it was offered in close cooperation with the Saudi government and upon their invitation.

It is particularly important to point out the experience of the U.S. State Department campaign for breast cancer awareness in Saudi Arabia in 2007 as an example of such a legitimate involvement. The U.S offered its knowledge, expertise, and technology to protect Saudi women. More importantly, the campaign was able to affect social taboos about words relating to female body parts.

Training local entrepreneurs and leading personalities to intervene in Saudi issues, as well as strengthening partnerships with civil societies, academic institutions, and media to consolidate civic awareness in Saudi Arabia are ways for the west to help the country to move forward. Any other forms of diplomatic pressure will simply not succeed.