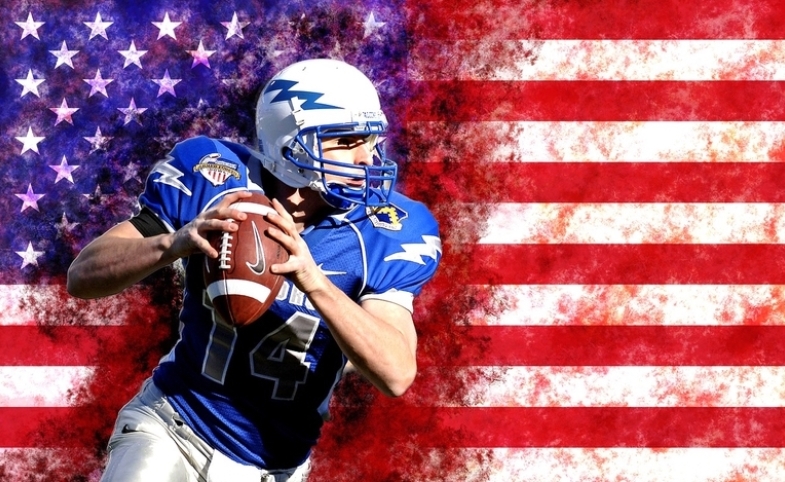 Too bad for President George W. Bush that political public opinion surveys are not conducted at U.S. football games. That’s where fans express what they are thinking directly; spontaneously and without reservation, no matter how they may feel about politics, their president, or their team’s opponent.

The pre-game outburst comes during the singing of The Star Spangled Banner, America’s National Anthem. Specifically it’s the part near the end of the Anthem that creates the great roar of approval and expression of bonding that rocks a stadium. It’s the line about the American flag waving “O'er the land of the FREE…” that generates the waves of rejoicing, and no doubt some misty eyes of pride.

In that instant, one can learn more about America, and its people, than any public opinion poll will reveal.

In the United States, political polls are becoming a major sport. Not a day goes by that there isn’t one politically-oriented opinion poll reported widely on TV and radio, in newspapers, and on the Internet. To name only a few of the regulars, there is the Zogby Poll, the Harris Poll, The NBC/Wall Street Journal Poll, the ABC News/Washington Post Poll, The CBS News/New York Times poll, The CNN poll, the Fox News poll, the Quinnipiac University poll, and more.

The trend of the polls suggests a steady decline of President Bush’s public approval ratings, a rise in his negative ratings (mostly attributable to events related to the Iraq war), and public mistrust of the U.S. Congress.

This past week—three months before the fifth anniversary of the Muslim terrorist attacks on the United States on September 11, 2001, which killed more than 3,000 persons—the Pew Research Center, headquartered in Washington, DC, released the results of its public opinion survey abroad. In broad terms, the results suggest that most respondents feel that U.S. action in Iraq is a threat to world peace.

To be better informed, those responding to questions on public opinion polls about America and its people would be well advised to first watch an American football game some weekend this fall.

But if one reads the fine print, respondents in the U.S. (many of whom probably follow football) and those interviewed in India and Nigeria say America’s policies on Iraq have made the world a safer place.

Those in several countries in Europe, according to the poll, also share America’s concern over Iran’s perceived nuclear threat, (although those in Britain, where London has the highest per-capita number of surveillance video cameras of any country in the world, which is why the London subway bombers last year were apprehended within hours), respondents feel that U.S. government policies, including presumably its selective telephone monitoring plus its Iraq policy, have made the world a more dangerous place.

Now, many blame the lack of support for America’s policies abroad on the failure of its public diplomacy to communicate directly with the international public. But the problem goes much deeper.

Today, there is less reportage than ever about the America outside Washington and New York by the foreign press. Competition from new media has decreased budgets for costly, foreign news bureaus, and fewer trips are made by foreign correspondents to the U.S. hinterland. New U.S. visa restrictions on foreign journalists now based in America, who must go back to their home country to renew their visas, and on additional journalists who wish to come to the U.S., also diminish the number of reports that would provide a wider and more realistic picture of America and its people, that could affect the attitudes of those responding to a Pew Research Center survey about America.

Likewise, the overseas bureaus of U.S. broadcast networks, newspapers, and news magazines have been severely cut back or closed, period.

CBS News has no full-time staff correspondent in the Middle East and the Washington Post has only two staff correspondents in all of China. Three major U.S. weekly news magazines Time, Newsweek, and Business Week—have reduced international coverage.

In very real sense, technology has caused a reduction of the flow of information between cultures. To be better informed, those responding to questions on public opinion polls about America and its people would be well advised to first watch an American football game some weekend this fall.

APDS Blogger: Michael Duffin Americans love football. So do the British. They are, of course, referring to two very different sports. Thanks to sports diplomacy, though, both sides of the Atlantic are starting to pay a...