Edward R. Murrow’s last broadcast on CBS occurred July 25, 1964, on “FAREWELL TO STUDIO NINE,” a 55-minute special broadcast on the radio network commemorating the closing of perhaps the most famous radio news studio in all of broadcasting, at least up to that time 49 years ago. Studio Nine, at 485 Madison Avenue in New York City, was the anchor studio-news center for CBS before, during, and after World War II, until the move of all of us in late July, 1964 to the new CBS Broadcast Center across town.

The broadcast’s anchor, Robert Trout, called Studio Nine unremarkable, “...just a soundproofed room 15 by 20…looking into the clutter of the CBS newsroom. It’s not the handsomest radio studio, not the most modern, not lovely at all. But for those who have worked here it has a charm all its own. We shall miss it.”

Murrow was ill from lung cancer, but insisted on being on the broadcast to recall war stories along with the CBS News correspondents he had hired, who had become famous, along with himself. Murrow participated via a radio circuit nearby his home, and had not lost his sense of humor. He recalled that his war reports from London’s BBC studio came from a converted “ladies’ lavatory.”

Murrow remarked that when he “first went to Europe in 1937 I was not permitted to be a member of the American Correspondents Association in London or Paris because I was involved in that ridiculous thing called radio.”

On the FAREWELL broadcast Eric Sevareid listened to one of his first broadcasts and remarked “I wouldn’t have recognized my own voice.” In recalling the fall of France to the Germans, Severeid recalled “The life simply ran out of Paris like a beautiful woman lying in a coma. You know, with the life blood just draining out from every vein, every street.” 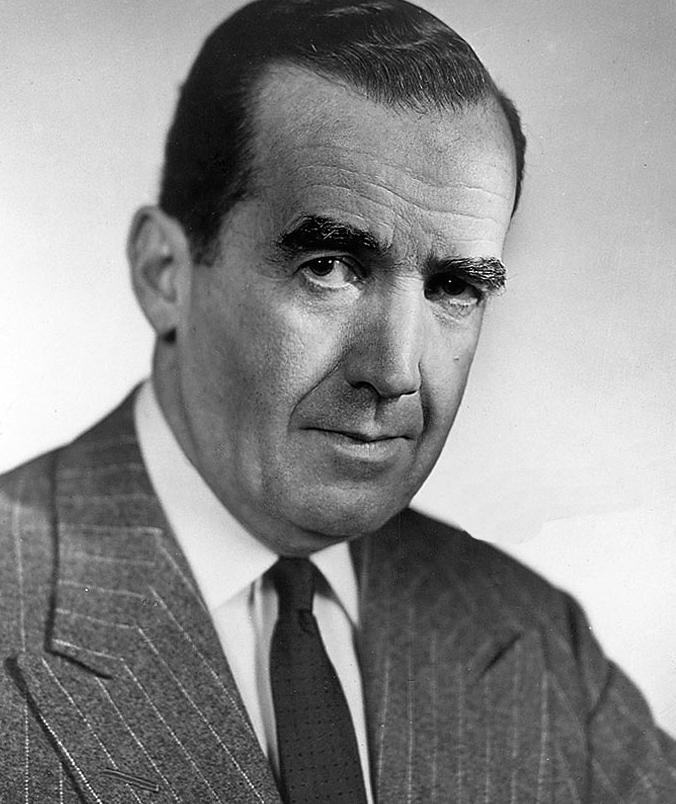 William L. Shirer is heard describing the French surrender to the Germans from the forest at Compiegne: “The Germans salute. The French salute. The atmosphere is what Europeans call ‘correct.’ But you get the picture when I say that we see no handshakes.”

Murrow reported on bombing raid over Berlin: “The small incendiaries were going down like…white rice thrown on a piece of black velvet...Berlin was a kind of orchestrated hell. A terrible symphony of light and flame.”

I was honored, along with Lee Hanna, to produce this broadcast and album almost a half-century ago at CBS. In the process of moving to the new CBS offices on 57th Street, many of the original news broadcasts were located on glass-based discs.

The CBS Farewell Studio Nine album from 1966 is now available from a Public Radio affiliate. Murrow’s final words on our “FAREWELL” broadcast have stuck with me, regarding the lights being turned off in Studio Nine, and those going on at new CBS News headquarters across town:

“I’m wondering about your new quarters,” Murrow remarked to Trout. “Will they make it any easier to know what to say and how to say it? I rather doubt it, no matter how fancy they are.”

Is international broadcasting an essential part of public diplomacy, or is that merely a perception? Polish political scientist Beata Ociepka illustrates the importance of this public diplomacy tool, looking at the...