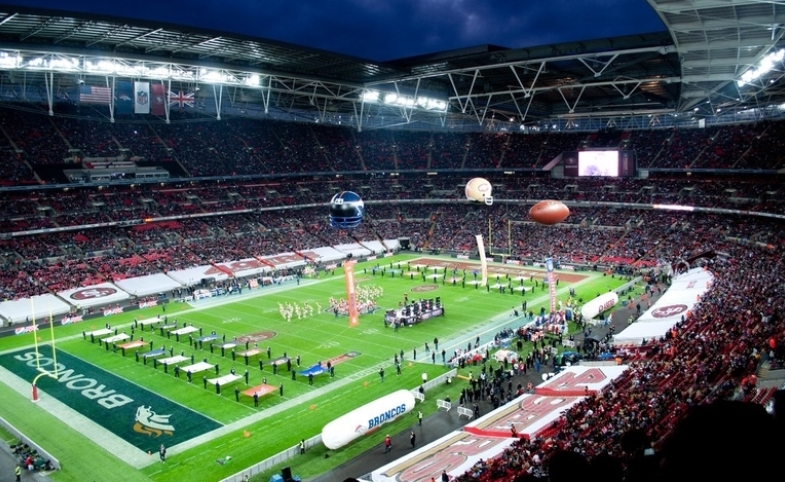 Americans love football. So do the British. They are, of course, referring to two very different sports. Thanks to sports diplomacy, though, both sides of the Atlantic are starting to pay a little more attention to what the other side of the pond is watching.

On October 28, the New England Patriots and the St. Louis Rams face off at Wembley Stadium in London for the NFL International Series 2012. It is an attempt by the league to improve its international brand and share a unique element of American culture with the United Kingdom in particular and Europe more broadly.

The NFL has been playing regular season games outside the United States since 2005. A large number of the fans in attendance at the London games watch out of curiosity much as I did with Muay Thai in Thailand and bullfighting in Spain. They are unlikely to understand the nuances and they are probably not lifelong fans, but those in attendance walk away knowing a little bit more about American culture. The best part is that it does not take a single penny from the State Department’s public diplomacy budget.

Unlike the 1992 Dream Team—the first professional Team USA inspired young people across the world to play basketball—don’t expect European kids to trade a spherical football for an elliptical one. The NFL will be content with Brits simply watching the games on television and buying jerseys.

The best part of sports diplomacy is that it can facilitate dialogue.

The explosion of television revenue has prompted American and European sports franchises to think globally. The appeal of Manchester United and Real Madrid, for instance, goes beyond their domestic audiences. This is evident by their estimated values according to Forbes: Manchester United is the most valuable sports franchise in the world at $2.23 billion and Real Madrid is second at $1.88 billion. It is no accident that these franchises spend part of their offseason playing exhibition games in North America, Asia, and the Middle East.

Public diplomacy practitioners can take several lessons from the success of professional sports diplomacy. First, the product must be good. This applies to all forms of cultural diplomacy from American hip hop in Lahore to Argentine tango in Shanghai. In 2004, for example, Manchester United was missing half its roster when it played at Soldier Field in Chicago. Managing only one shot on goal after 90 minutes of play against Bayern Munich, many of the 58,121 people in attendance left disappointed. This is why the NFL has opted for playing regular season games abroad instead of exhibitions. There is even talk of London hosting the Super Bowl and having its own NFL franchise someday.

The second lesson is to determine the right amount of exposure for long-term impact. This is the same dilemma faced by musicians. Tour too little and your fans latch onto something else. Tour too much and your fans get spoiled. Even Paul McCartney cannot sell out Madison Square Garden forever. As explained by psychologist Kelton Rhoads, who teaches at the Annenberg School for Communication and Journalism, this is why McDonald’s does not make the McRib a regular menu item and Disney sends certain titles back to the “vault.”

A final point is that the newness of the product provides the most potential for impact. Eventually, the foreign audience will grow accustomed to it and the association with its point of origin will fade. In the United States, for instance, many people no longer consider burritos and pizza to be ethnic food. This is true of British football, which spread to places such as Italy and Brazil via British expatriates and military personnel stationed abroad. The residuals from establishing the sport in these countries dried up decades ago.

The best part of sports diplomacy is that it can facilitate dialogue. No matter where I go in the United States, for example, I can initiate dialogue with most people based on the simple premise that they watched the Super Bowl or the NBA Finals. Most Americans, on the other hand, do not share the same taste in sports as the rest of the world. However, thanks to the efforts of American football and European football teams, this is beginning to change.

Michael Duffin is a Master of Public Diplomacy candidate at the University of Southern California. He taught sports journalism at Benedictine University for six years.