Home|The Road to 100,000: A Music Video as Strategic Communication 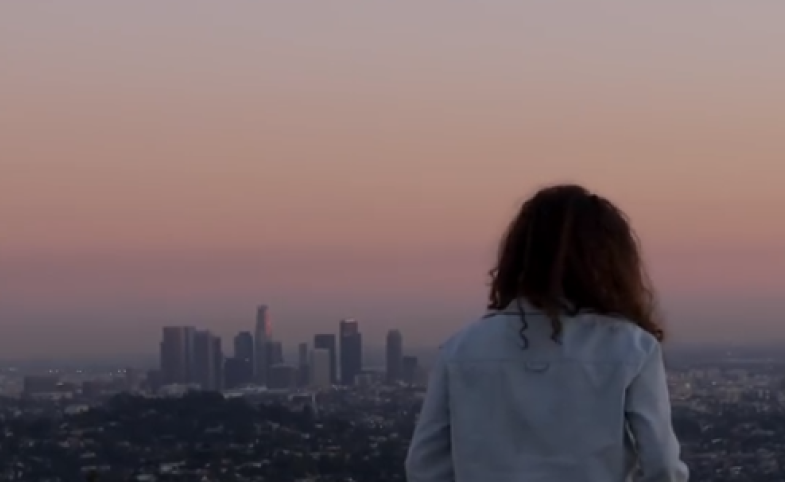 The Road to 100,000: A Music Video as Strategic Communication

In October, I had the opportunity to take part in a unique project; creating a music video for a social action campaign. The project emerged from several conversations with fellow Annenberg graduate student Rotana Tarabzouni, a woman born and raised in Dhahran (an eastern city in Saudi Arabia). As a Saudi woman, Rotana grew up under a system that imposes restrictions on her individual agency. One of these restrictions is the ability to travel independently within her country, an absurd injunction when examined in a global context; Saudi Arabia is the only country in the world where women are not allowed to drive.

The restriction does not have any basis in Islamic or state law and exists only in the form of edicts pronounced by senior government clerics and the norms that govern Saudi society. In recent years, activists protesting the ban have targeted the population’s normative behavior by challenging the status quo through symbolic protests. This has largely taken the form of individual Saudi women defying the driving ban and perhaps most importantly, drawing international attention to the issue by posting photos and videos of their exploits online. Protests are typically scheduled by a small community of activists and managed through various webpages and online forums. A group protest was scheduled for Oct. 26 and after a brief conversation with Rotana, we decided to produce a music video to support the activists fighting for the enfranchisement of women in Saudi Arabia.

From the beginning I knew that we would need help and that help came from Reagan Cook, a colleague in the Masters of Public Diplomacy program. Reagan and I had previously collaborated on visual media projects and we saw this as an opportunity to work within the relatively ill-defined space of grass roots advocacy and construct a strategic communications campaign that would punch above its weight by taking advantage of neglected resources.

Rotana laid out our group’s goal: create a message that would inspire and set an example for young Saudi women - the next wave of potential activists. With this in mind, we began to construct what would become the core tenets of success for the video:

1. Visual representation: In order to be successful, the video would need to express the inner aspirations of our target audience in a meaningful way. We wanted the audience to see Rotana as both an aspirational symbol (a Saudi woman pursuing her dream) and as a part of themselves.

2. Message association: The song Rotana chose to perform was ‘Team’ by Lorde and associated our project with an increasingly popular piece of music. Our message was designed to piggyback on that popularity and turn Lorde’s success into our success. Additionally, the age of Lorde’s fans (mostly younger women) made this cover an ideal choice given our target audience.

3. Message structure (Lyrics): The song’s simple and repetitive nature created a robust message, allowing communication to cross cultural boundaries. Because English is a second (or third) language within our target audience, simple lyrics were deemed more effective than complex ones. Additionally, Rotana restructured the lyrics to make them uniquely complementary to the cause. This added layers of meaning within the song and allowed our audience to “own” the message.

Original version:
Dancin' around the lies we tell
Dancin' around big eyes as well
Even the comatose they don’t dance and tell
And everyone’s competing for a love they won't receive
'Cause what this palace wants is release

4. Authenticity of performance: Generally, an amateur performance would be a weakness, yet in the context of the campaign, this weakness became a strength. Rotana’s performance commanded the attention of her viewers because the performance itself was inextricably amateur and aspirational.

5. Quality: A significant and perhaps underappreciated aspect of the message was the aesthetic beauty and quality of the video itself. Perhaps most importantly were the tools we used; the advantages of filming with a professional-tier HD camera cannot be overstated; high quality finished products directly translates to high quality distribution channels.

In addition to pushing the video through our personal networks, my team spent two days conducting a public relations campaign. We reached out individually to selected journalists, networks, and bloggers dedicated to women’s rights and crafted succinct and direct messages for the campaign. Our small PR investment had huge dividends, the video was first featured by several Saudi bloggers who we had reached out to directly before being picked up by the news aggregation website Buzzfeed which labeled the video, “The theme song of the protest.” Rotana was then interviewed by Mashable and from there the story seemed to spread to every source we had contacted. We were picked up by Upworthy, The Huffington Post and Bloomberg Radio news. Additionally, in a broadcast about the protests the music was briefly sampled by NPR.

Despite the United States' commitment to human rights in general and the enfranchisement of women in particular, this form of public diplomacy could never have been produced or distributed by the State Department. Such a campaign could obviously damage formal diplomatic relations between the U.S. and Saudi Arabia. It is also likely that a large investment of resources into this type of advocacy campaign (as well as the significant regulations that come with investment) would constrict and hinder the project. The success of this video and others like it demonstrates two acute advantages that small groups have over large institutions: nimbleness and agency. Small, individual groups are not bound by government regulations or organizational restrictions and are therefore capable of operating outside the boundaries of traditional public diplomacy actors.

Within public diplomacy, the limitations of advocacy for traditional actors and initiatives have been well defined. Large scale strategic communications campaigns undertaken by states and corporations are easily identified, analyzed, and evaluated. However, the non-state and non-institutionalized actors within advocacy work operate in relatively murky and amorphous spaces. By defining the strategy, networks and operations that my team utilized, we hope to provide a formula for campaigns on the non-traditional end of the advocacy spectrum. Furthermore, because our final product is globally accessible, we have provided a concrete example for future advocacy entrepreneurs who wish to operate within this space. It is my contention that due to changes in the structures of communication systems, small teams working around issue-based advocacy campaigns no longer face the hardship of limited exposure that hamstrung their efficacy in the pre-social media era. Citizen public diplomats unchained from governments or institutions are now only limited by their own creativity, resources, and time when conducting an advocacy campaign.

Gabriel Bernadett-Shapiro is currently a graduate student pursuing a Master's degree in Public Diplomacy from USC's Annenberg School for Communication & Journalism. His main research interest is the application of networking and organizational technology to reduce violence within cities. Prior to studying at USC, Gabriel attended Occidental College where he received a B.A. in Diplomacy and World Affairs.

For all the growing interest in public diplomacy, the field still suffers from a lack of specificity in use of the term. This isn’t necessarily a problem, but it is a source of confusion. A look at the CPD blog demonstrates...