On April 3, the U.S. Embassy in Cairo tweeted a link to a video of popular political satirist Jon Stewart. For most Twitter users, this would be nothing out of the ordinary. @USEmbassyCairo usually posts links to opportunities for Egyptians for exchange programs with the United States and the activities of the Mission's staff in English. 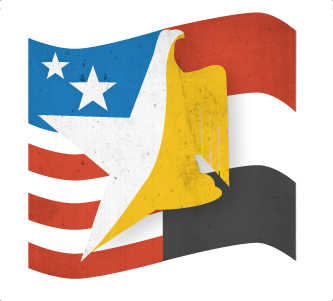 However, it has shown a more combative side in the past. Last fall, two tweets (the first in September, the second in November) drew attention to the diplomatic mission and even became a part of the U.S. presidential campaign. The mission’s posts in Arabic are often more pointed than their tweets in English. For example on March 19, the two-year anniversary of the Constitutional Referendum, it posted comments in Arabic, which, when translated, read:

“We are not in favor of certain political group in Egypt. Egyptians, only they can choose their leaders 19 March”

“The aid programs that we offer are designed to serve the whole of Egypt, and not a particular group”

These highlight the type of direct engagement that the U.S. Embassy in Cairo is conducting with its audience on the issues of democracy in Egypt. However, often the response is quite negative. Visiting the Embassy's Facebook fan page the comments reveal that their audience either believes that the United States is complicit in the authoritarian actions of the government perceived by some Egyptians, or does not condemn the actions as strongly as other Egyptians believe it should.

This sets the stage for the most recent tweet that sparked a diplomatic incident. In the clip from The Daily Show, Stewart lambasts the treatment of his friend Bassem Youssef, who had been arrested over the weekend for insulting Islam and the President. Stewart shows videos of Egyptian President Morsi uttering inflammatory remarks about Jews spliced together with a CNN interview where he said he welcomed any criticism. Stewart’s goal was to show the hypocrisy of the Morsi administration. 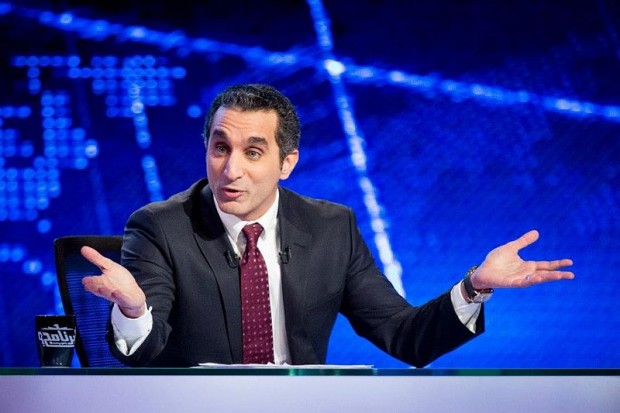 Shortly after @USEmbassyCairo tweeted the link, it was attacked by @EgyPresidency & @Ikhwanweb (official Twitter handle of the Muslim Brotherhood) which accused the U.S. mission of spreading negative propaganda and interfering in Egypt’s internal affairs.

In response, the Embassy’s twitter feed was shut down at the direction of the chargé d'affaires, but then reactivated with the ‘offending’ tweet deleted. While there has been plenty of commentary (here, here, and here), the overall takeaway has suggested that the Embassy should not have posted the link, and by implication, that the Embassy was intervening in Egyptian affairs by doing so and then ‘admitted’ to it by disabling their Twitter account. I believe both of these points reflect a misunderstanding of the use of social media in diplomacy and result from an outdated belief that communication can still be restricted by national borders.

While diplomacy has relied on an instruction-based form of communication since the time of Machiavelli, social media demands a different structure because of the ‘live’ nature of the engagement and the logistical inability for press officers or public diplomats to clear every statement they want to publish on digital platforms with their foreign ministries. This will undoubtedly lead to mistakes being made, which is the nature of ‘live’ conversations, but mistakes will eventually be understood as par for the course. Mistakes need to be placed in their context and moving clearance to central home office will in fact cause greater harm. Digital diplomacy is not a replacement for traditional public diplomacy, but will be a crucial part of the toolkit that should not be restricted. The question will be whether conversations held on digital platforms should be different than those conducted over other media. Each diplomatic mission, not its home-based Ministry, will need to devise a strategy for what topics are appropriate and which are not, depending on their strategic and tactical goals.

The other reconceptualization that digital diplomacy requires is the idea of internal interference by diplomatic actors. Our current international system is based on an idea of sovereignty defined by international borders. Would President Morsi have considered a tweet ‘interference’ if the person who had sent it wasn’t based in Cairo? How ridiculous is it that the location of netizen should determine the jurisdiction for political inference?

But more importantly, the ability to simultaneously check a global network of mouthpieces by viewing the Twitter feeds of diplomatic missions and staff, means it is more important than ever to make sure a country’s digital communication is aligned with its core values. Critics will seize and highlight any restraint, self-censoring, or limit of support for values and rights based on the Embassy’s location as hypocrisy. The reconceptualization also requires foreign ministries to realize that they cannot bow to local pressures in some countries that do not share their values/laws but not in others. In the end this is a boon to public diplomacy, as countries will have to reflect their stated values across the world. It will also cause more tension in international relations, as those countries that don’t uphold democratic ideals will find themselves being indirectly criticized by their hosted diplomatic corps if each mission is aligned with the values of their sending country.

Despite this heightened tension and risk of diplomatic conflict, U.S. missions abroad that are using digital media for communicating abroad need to consistently stand for communicating the values of the United States. Freedom of speech, freedom of assembly, freedom of religion, freedom of press, and freedom of petition should be promoted regardless of the political environment of the host country. To suggest that the promotion and support of our values can only take place on digital platforms that are physically in countries that have receptive audiences is to misunderstand the nature of the digital realm.

Before the outbreak of the Internet and social media, the United States was able to make judgment calls on when and where to robustly support, or temporarily temper, its promotion of its founding values to meet diplomatic and strategic objectives. With that time gone, the U.S. will need to decide whether to align its digital platforms as a voice for promoting our values abroad, or simply conduits for engaging foreigners through other, less controversial, public diplomacy programs.

Both options could lead to success, but I believe in the long run the former will be the better course of action. No other country in the world has a greater ‘brand’ related to freedom and democracy than the United States of America. Never before has our brand encountered a greater risk or a greater opportunity than provided by the Internet and social media, and we must not shirk from discussing our values. To ensure continued success, the United States must embrace its values over all digital media and continue to stand for the rights and freedoms on which the country was founded.

Alex Laverty is a graduate student pursuing a Master's degree in Public Diplomacy from USC's Annenberg School for Communication & Journalism.