Home|Egypt’s Youth Coalition Snubs Clinton: Time to Grow Up and Move On 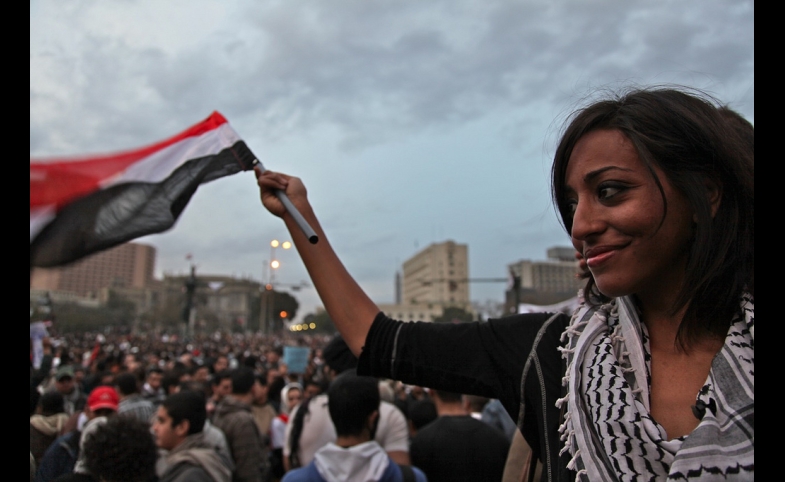 I read the news on a friend’s Facebook page (one of my primary sources of news and analysis out of Egypt these days), that a coalition of Egyptian youth groups had rejected an invitation to meet with U.S. Secretary of State, Hillary Rodham Clinton.

Apparently, Clinton was being punished by the Coalition of the January 25 Revolution Youth which has spearheaded Egypt’s pro-democracy movement, for “her negative stance towards the revolution during its inception and the approach of the U.S. Administration towards the Middle East Region.”

In the first Mideast visit from a Cabinet-level member of the Obama administration since pro-democracy revolts swept across the region in January, Clinton plans to engage in talks with senior Egyptian officials, political activists, representatives of civil society as well as potential presidential candidates. But a prominent group of “Facebook activists” plan to sit this one out, it seems.

In addition to providing praise and moral support to the Egyptian people during this transitional period, Clinton pledged a $90 million grant for "near-term" assistance to Egypt and discussed Congressional legislation aimed at establishing a U.S.-Egypt enterprise fund. Not a bad piece of public diplomacy.

But judging from some of the responses in the blogosphere to the Coalition’s stance, it seems no amount of goodwill gestures from the U.S. will make up for what is widely perceived as the administration’s missed opportunity at the outset of the revolution. And there's that not-so-small matter of Clinton's family friendship with the Mubaraks, which understandably doesn't sit well with many.

Some say that the U.S. Secretary of State's visit comes at an inopportune time, as the country prepares to vote on a constitutional referendum that will determine whether parliamentary and presidential elections can be held this summer. To which I say: Welcome to the real world, where people have to juggle multiple agendas, many of which are not their own.

While shunning the Secretary of State’s invitation might be viewed as admirable by some, it is counterproductive and perhaps even harmful to the Coalition’s long-term goals. Despite what many see as its diminishing influence in the region, the United States is nevertheless a key ally as Egypt rebuilds its future. And if the Youth Coalition plans to play a major role in this process, it must engage with those who openly support democratic reform. Having fought valiantly for freedom of expression, the Youth Coalition should appreciate the fact that shutting out those you disagree with is not sustainable.

In an essay for Fast Company, writer Nick Kolakowski reflects on his time working for Hi magazine, the glossy (and short-lived) U.S. government-funded publication that aimed to win hearts and minds of young people in...

Prior to the 2011 uprisings in the Middle East and North Africa, economic, political, and internal security policies were considered to be fundamental features of authoritarian regime maintenance. However, in her new book,...