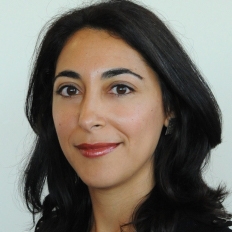 Sherine Badawi Walton was the Deputy Director for Administration & Communication at the USC Center on Public Diplomacy. From 2007-2018, she oversaw the Center's strategic planning, special projects, grant writing, board relations, personnel and communication outreach to its diverse constituents. She also managed CPD's various digital platforms including its comprehensive website (www.uscpublicdiplomacy.org) which she helped develop into the valuable and interactive resource it is today. Among the various projects she spearheaded are the creation of PD News, the publication of CPD Monitor which later became integrated into the In Review feature and the Q&A with CPD series.

Prior to joining the Center in 2007, she spent three years as Director of Development at the USC Annenberg School for Communication and Journalism. In this role, she oversaw the School's major gifts program and worked closely with CPD to raise awareness and build financial support of its work.

Sherine received her B.A. in Political Science and French from Wellesley College and her M.A. in Art History from the Institute of Fine Arts, New York University, where she achieved ABD status in the doctoral program.