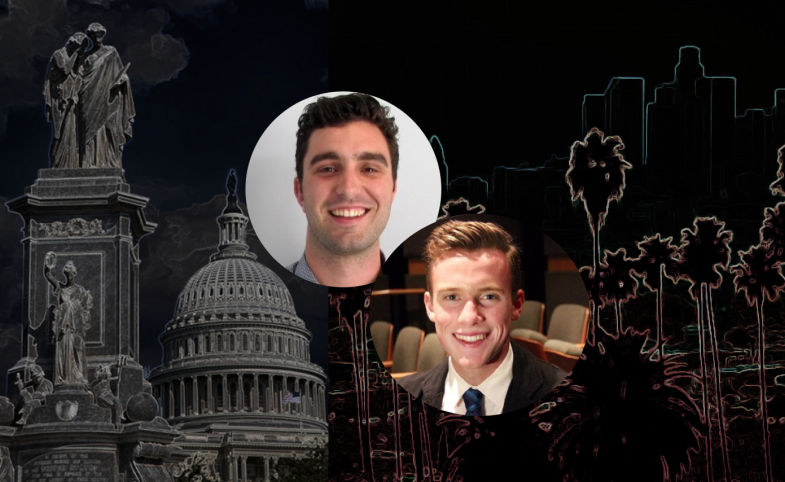 CPD is pleased to announce that two USC Annenberg students have been selected as 2018 CPD Summer Associates for internships at the Mayor's Office of International Affairs in Los Angeles (MOIA) and the U.S. Advisory Commission on Public Diplomacy (ACPD) in Washington, D.C.

Serving as the 2018 CPD-ACPD Summer Associate is Robert Dunbar, a second-year student in the USC Master of Public Diplomacy program. A graduate of Saint Mary's College of California with regional interests in Spain, Italy and Southwestern Europe, his conceptual interests are in the role of public diplomacy during conflicts and in post-conflict zones, especially as a tool for building peace.

“The Commission is absolutely thrilled to have Robert join the team," said Shawn Powers, Executive Director of the U.S. Advisory Commission. "He’s an energetic and dynamic problem-solver who will no doubt contribute to ACPD’s work on a number of fronts. We couldn’t be as effective as we are without the support of partner institutions like USC’s Center on Public Diplomacy.” This is the second year in a row that CPD has partnered with the U.S. Advisory Commission on Public Diplomacy to create a unique fellowship opportunity for one top public diplomacy student from USC. Dunbar will work closely with the Commission on the 2018 Comprehensive Annual Report and data analysis. Additional meetings may be conducted at the State Department and on Capitol Hill.

Daniel Toomey is a sophomore majoring in journalism at the USC Annenberg School for Communication and Journalism, minoring in dramatic/cinematic arts. He has served as both an anchor and co-host for numerous productions, such as Annenberg TV News and CU@USC, and has written and produced digital content for Annenberg Media as well.

"Daniel's experience with NBC at the PyeongChang Winter Olympics and his leadership within USC's Annenberg Media Center are an important fit as we in the Mayor's Office of International Affairs explore how best to action and communicate our ideas for the city over the next ten years in the lead-up to welcoming the world to Los Angeles for the Olympic and Paralympic Games," said Erin Bromaghim, Director of Olympic and Paralympic Development, Office of Los Angeles Mayor Eric Garcetti. This is the first year that CPD and the Mayor's Office of International Affairs (MOIA) in Los Angeles have provided one paid internship opportunity for a USC student. As a CPD-MOIA Summer Associate, Toomey will conduct research, assist with arranging international delegations to City Hall, and draft briefing papers and memos, among other duties.

The CPD Summer Associates Program was established in 2017 to help develop the next generation of public diplomacy professionals who reflect our nation's rich diversity and the international community at large.

For more about how CPD supports students, you can visit this page.