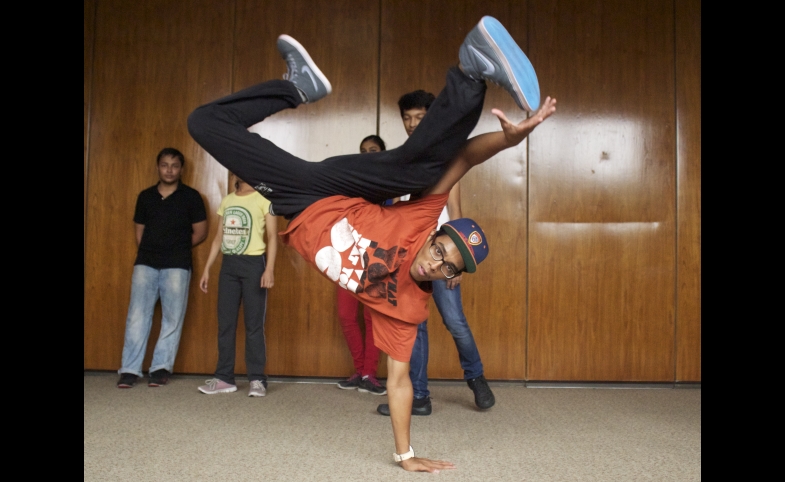 This photo essay on hip-hop diplomacy depicts the first Next Level program in India that recently came to a close after a three-week tour in Patna and Kolkata... 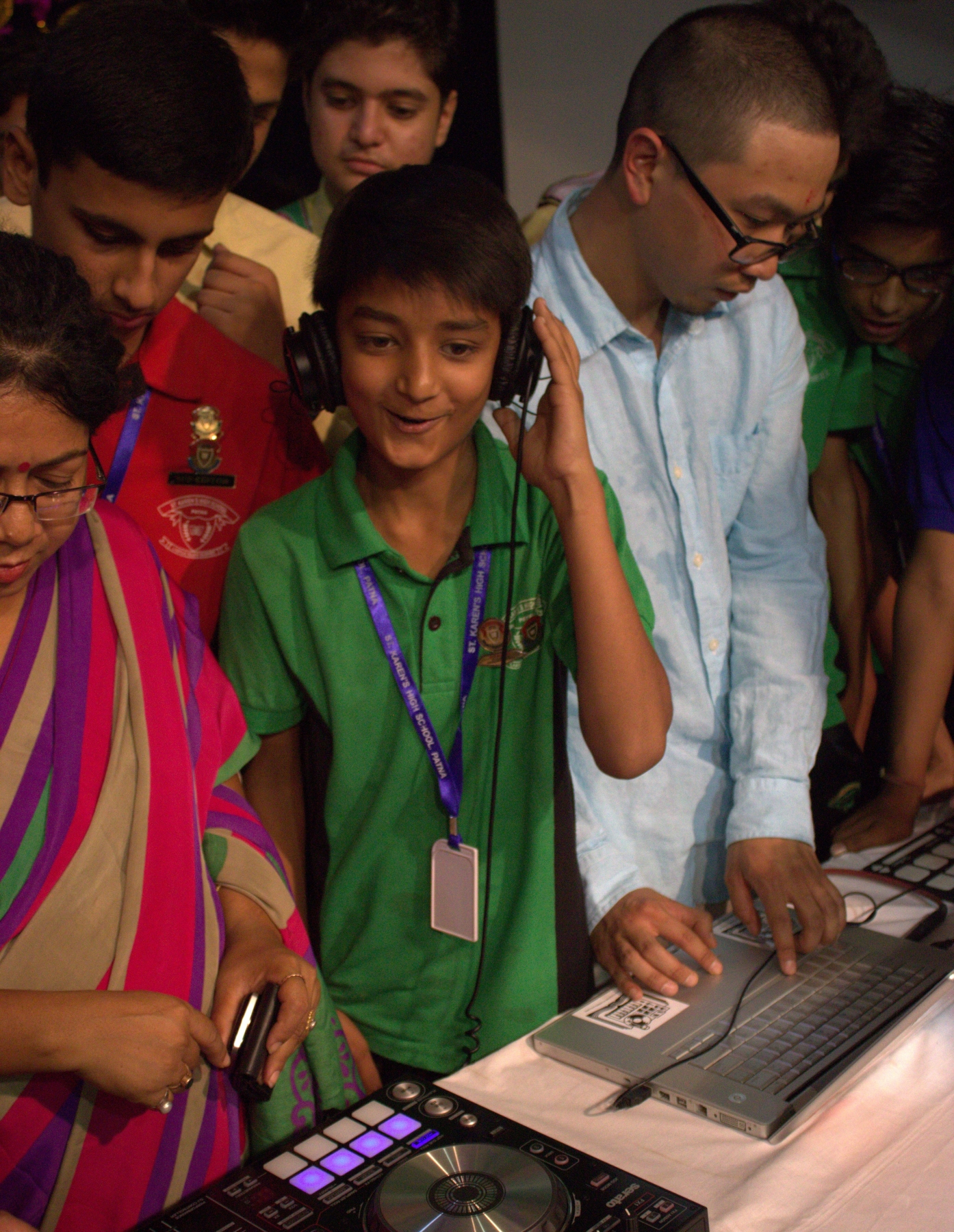 The Next Level program, sponsored by the U.S. Department of State’s Bureau of Educational and Cultural Affairs, in association with the University of North Carolina's Department of Music, uses hip-hop as a tool to foster cross-cultural creative expression and exchange in diverse communities around the world. It promotes understanding and conflict resolution and supports the professional development of artists.

In the sweltering 105 degree heat of Patna, the capital of the State of Bihar, the students of St. Karen’s High School learned how to use hip hop music, rhyme, and dance as a means to express themselves, and how to use this art form to communicate about the world around them. 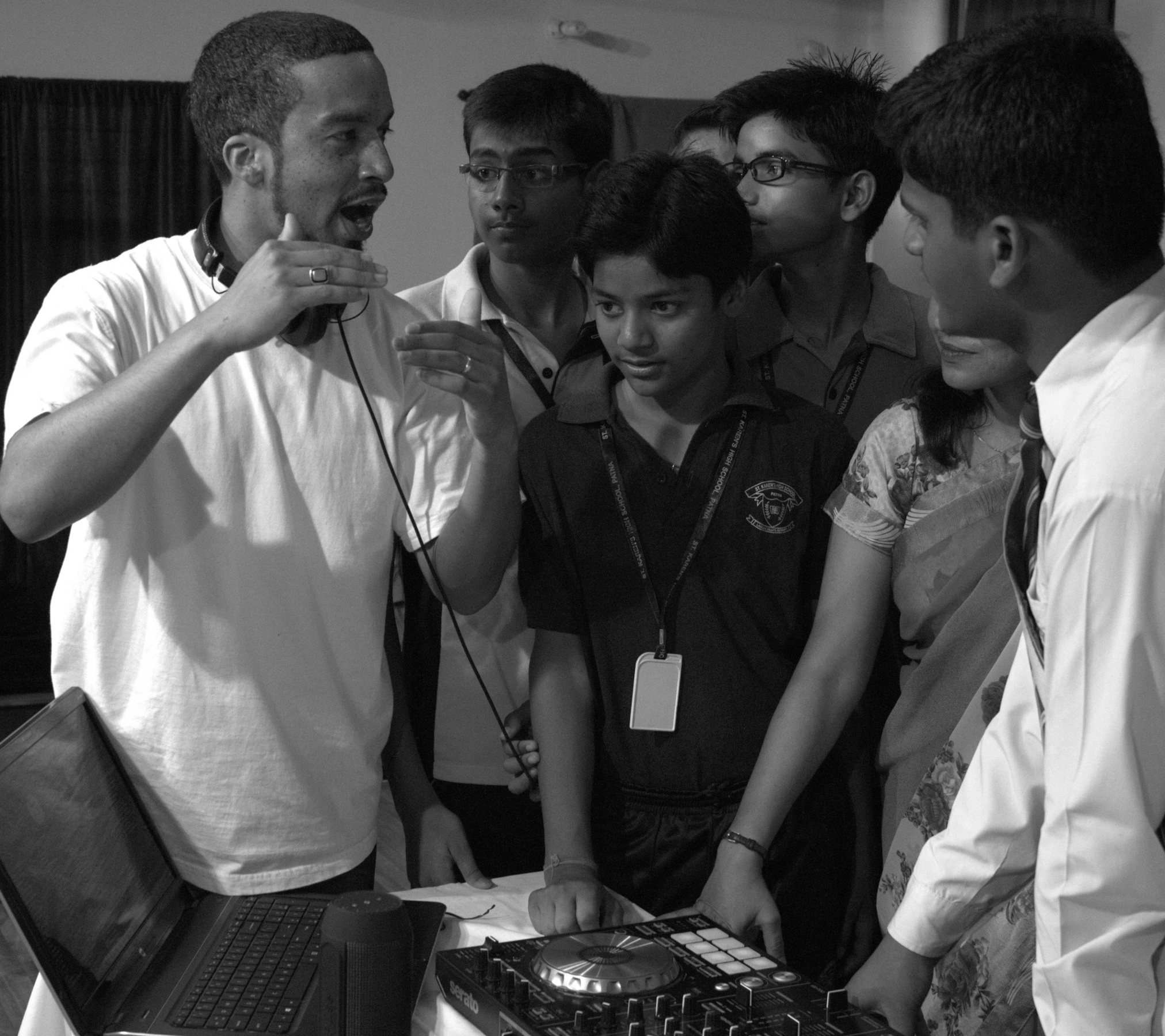 But the goals of the workshop stretch beyond providing students with an outlet to express themselves. The Next Level team worked with St. Karen’s High School students to make Public Service Announcements (PSAs) related to issues affecting the students' community and their world. The students created hip-hop theater and shared the PSAs at the final show.

Following the ten-day hip hop academy in Patna, the Next Level India team went to Kolkata. There, in the city of Banyans, the team put on incredible hip hop masterclasses for Kolkata's B-Boys and B-Girls at the American Cultural Center Kolkata.

A major focus of the program is on musical collaboration, and the team's collaboration with local classic Indian music artists to create a synergy between different styles, was an important part of the visit.

During the Kolkata residency, hosted by the U.S Consulate General in Kolkata, the team also connected with Malabika Brahma, an alum of the State Department’s sibling program OneBeat, and her musical partner Sanjay Bhattacherjee, to mix hip-hop with Baul-Bengali folk. Kolkata audiences were amazed by the fusion displayed in "BaulBeats," as the baul-hip hop collaboration work has come to be known. Akin to the creation of bossa nova, a style of music borne out of the cultural diplomacy collaborations between the Jazz Ambassadors and Brazilian musicians, audiences and media in Kolkata were eager to learn more about this new musical style.

The Next Level program will run hip-hop academies in India, Bangladesh, Serbia, Bosnia and Herzegovina, Montenegro, Senegal, and Zimbabwe from July 2014 through April 2015.

Photos by Paul Rockower, Next Level site manager, and Anshul Gupta, videographer for the Next Level India program.