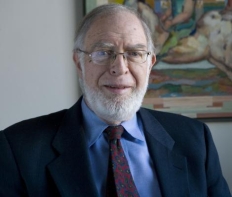 He clerked for Associate Justice Potter Stewart of the U.S. Supreme Court and was an assistant to Secretary of Labor W. Willard Wirtz. He was founding director of the Program in Comparative Media Law and Policy at Wolfson College, Oxford, and a member of the faculty of social science at the Institute for Advanced Study in Princeton. Professor Price was a senior fellow of the Media Studies Center in spring 1998. He was deputy director of California Indian Legal Services, one of the founders of the Native American Rights Fund, and author of Law and the American Indian. Among his many books are a treatise on cable television, Media, Sovereignty, and Television, The Public Sphere and National Identity; and a treatise on cable television.

He recently published a memoir, Objects of Remembrance: A Memoir of American Opportunities and Viennese Dreams (Budapest: CEU Press, 2009), a reflection on the power of American assimilation and opportunity in the face of persisting refugee realities. His most recent books include; Owning the Olympics: Narratives of the New China (edited with Daniel Dayan. Michigan: digitalculturebooks, 2008); The Academy and the Internet (edited with Helen Nissenbaum. New York: Peter Lang, 2004); Public Service Broadcasting in Transition (edited with Marc Raboy. New York: Kluwer Law International, 2003); Forging Peace: Information Intervention and International Conflict, (edited with Mark Thompson. University of Edinburgh Press, 2002); Media and Sovereignty: The Global Information Revolution and Its Challenge to State Power, (MIT Press 2002); and Russian Media Law and Policy in the Yeltsin Decade, (edited with Andrei Richter and Peter Yu. Kluwer, 2002).