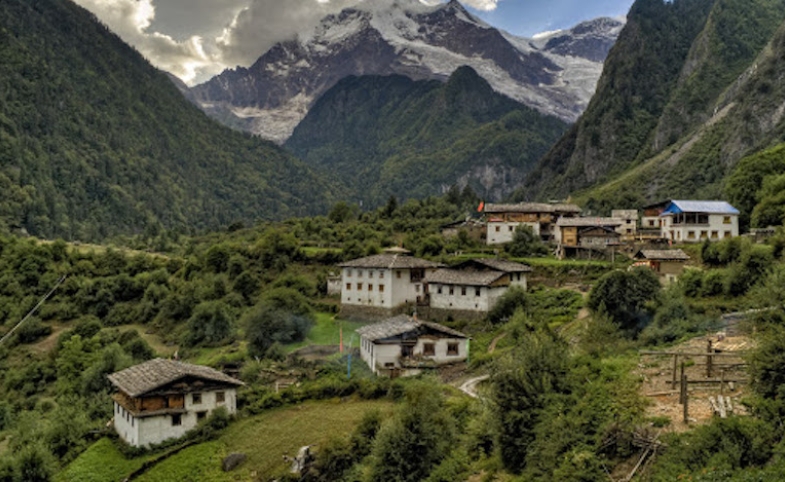 Boundary disputes are not new phenomenon between sovereign nations. Recently, India has been tangled in a dispute with two of its neighboring countries, Nepal and China, amid the COVID-19 pandemic. However, the focus of this article is about the two closer neighbors—India and Nepal. The two countries which are bound by ancient and cultural ties have now found their relationship diluted by mistrust.

Several issues between India and Nepal need to be sorted out but the territorial dispute over Lipulekh, Kalapani and Limpyuadhara has become a rigorous matter. The fire spark came in 2019 when the government of India published a ratified map after the bifurcation of Jammu & Kashmir; In which, the above three disputed areas were shown as Indian territories. Recently, on May 8, Indian Defence Minister Rajnath Singh inaugurated an 80 km long road connecting the Lipulekh pass to Dharacula in Uttrakhand, construction of which started in 2008. It has strategic importance, as this is a tri-junction between India, China and Nepal. On the other hand, the road would provide the easiest route for pilgrimages of 'Kailash Mansarovar Yatra.' Despite close cultural ties, India did not use its cultural diplomacy to establish mutual consent with Nepal, despite the fact that the Indian government has done many projects in Nepal.

Nepal has been raising the issue that these three parts fall under the its territory. Nepal's Prime Minister K.P Oli stated that Kalapani, Limpiyadhuri and Lipulekh are an integral part of Nepal and that under his administration he would reclaim it. Meanwhile, the parliament of Nepal also published a map with the three disputed parts as Nepal's territory. In response, India's official spokesperson, Mr. Anurag Srivastava, stated that Nepal's act is unilateral and not based on historical facts and evidence. Thus, without proper official discussions, both sides have been condemning each other without resolution. If both sides strongly claimed the disputed areas as their own, why would they hesitate to hold a healthy talk to resolve the issue?

The problem between India and Nepal exists primarily because of the lack of any discussion. On the other hand, India has also been facing a border dispute with China on Ladakh. Both have agreed, at an Indo-China Army Commanders meeting, that they would peacefully resolve the border dispute. No matter, the meeting evidently failed when, later, Chinese soldiers attacked an Indian soldier. But at least they talked. So the question is, why has it been difficult to hold a positive meeting to resolve the problem with Nepal? Now, Nepal has two major issues pending that need immediate responses from India: the ratification of a 1950 treaty and the other is resolving the territorial dispute.

In the midst of COVID-19, the Indian Prime Minister attended several virtual meetings with other countries; However, a meeting with Nepal will not be scheduled until after both sides have dealt with the pandemic. The negligence of India.

It is important that under the threat of COVID-19, Nepal seems to be in a hurry to catch the disputed area in its fist while its citizens have been protesting against the government for not handling the pandemic effectively. While almost every other national government is working diligently towards flattening the curve, the Nepali government seems to be too busy meddling with India. It's possible that the government of Nepal wants to distract its citizens through nationalism and anti-Indian sentiment. Such strategies are popular in Nepal for gaining political advantages.

Meanwhile, Nepal's PM Oli also made the hateful statement that the "Indian virus is more dangerous than China and Italy" This is not a mature attitude considering India provided Hydroxychloroquine and Paracetamol medicine to Nepal along with SAARC (South Asian Association for Regional Cooperation) members and other countries. Given the geographical situation, India always stands with Nepal and gives support on a non-reciprocity basis. Even throughout the COVID-19 pandemic, on a telephone conversation between India and Nepal's Prime Minister on April 10, Prime Minister Modi assured his counterpart that India would assist and support Nepal in fighting the pandemic. Without resolving the issue through talks, Nepal tried to solve this issue through a unilateral act, as a new bill on changing the maps of territorial disputes has been signed by the president after passing through the parliament.

Indeed, the problem that lies between India and Nepal is that both nations never organized a high-level talk, particularly concerning the issues that have been affecting their relationship for an extended period of time. Certainly, without mutual understanding and consensus, the issues can not be resolved. Being a big brother, India must initiate the talk to resolve the issues which have been pending for decades. Both sovereign nations have to show more maturity to ease the matter, for at least now, because there are many others internal issues that should be top priority, as COVID-19 has already created enough chaos.