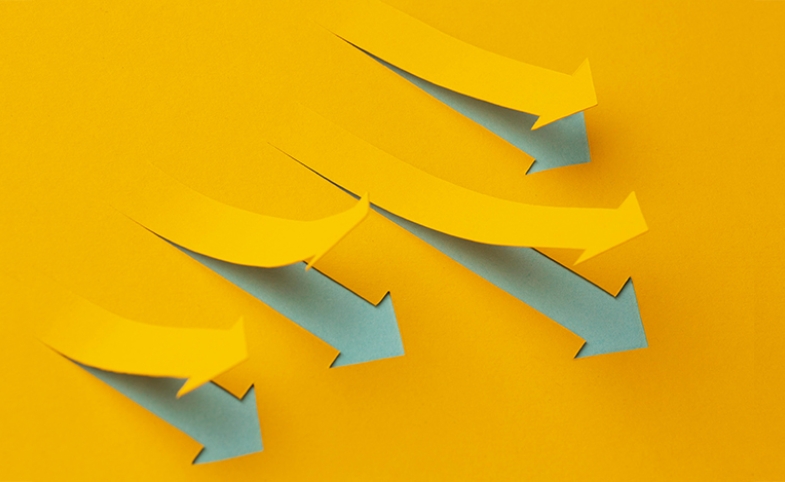 Note from the CPD Blog Manager: This piece is based on the December 2021 report, "Putting Policy & Audience First: A Public Diplomacy Paradigm Shift," published by the U.S. Advisory Commission on Public Diplomacy (ACPD). Written by the ACPD's Executive Director, this analysis highlights significant changes to U.S. public diplomacy operations abroad since the merger of the U.S. Information Agency into the Department of State in 1999.

The Public Diplomacy Staffing Initiative (PDSI) is one of the most important transformations in U.S. public diplomacy (PD) operations overseas since the merger of the U.S. Information Agency into the Department of State in 1999. In addition to launching a major revision of the position descriptions for locally employed public diplomacy staff at U.S. diplomatic missions abroad, the PDSI includes a significant restructuring of embassy public diplomacy sections.

Yet outside of the relatively narrow scope of public diplomacy bureaus and offices within the Department of State, little is known about the PDSI’s strategic intent, let alone its impacts. In a recently published report, "Putting Audience and Policy First: A Public Diplomacy Paradigm Shift," the U.S. Advisory Commission on Public Diplomacy (ACPD) fills this knowledge gap with an assessment of the PDSI’s transformative potential.

The PDSI did not begin as a paradigm shift, but rather, more humbly, as a human resources initiative. In 2013, the State Department’s Office of the Under Secretary for Public Diplomacy and Public Affairs launched a major review of field-based public diplomacy operations and infrastructure with a focus on locally employed staff position descriptions. This effort coincided with an overall Department of State effort to standardize overseas employee staff titles and job descriptions.

For the practice of public diplomacy, this overhaul was long overdue. Staffing patterns and structures for approximately 2,600 local employees at U.S. embassies and consulates around the world had not been updated since the 1970s.

Additionally, during the intervening half century, the global communications infrastructure underwent a radical transformation, but the language and conceptualization of public diplomacy duties and responsibilities remained firmly rooted in the pre-digital age.

Finally, the post-Cold War focus on democratic institution building, the post 9/11 mandate to counter violent extremism, and emerging concerns about authoritarian manipulation of information resulted in a significant expansion of public program objectives and the emergence of a broad range of new, relatively unknown target audiences.

To find out just how the PDSI is transforming the way the U.S. government practices public diplomacy, the ACPD engaged in a series of structured conversations with public diplomacy professionals at ten small, medium and large U.S. missions around the world as well as with Washington-based bureaus and offices. In these conversations, locally employed staff and public diplomacy officers were asked to comment on how PDSI-driven shifts in staff duties and responsibilities have affected information and outreach practices.

Specifically, respondents described how the new focus on audience analysis and segmentation has impacted program planning and development; how collaborative practices inside the section and externally within the mission have evolved; the degree to which public diplomacy activities coalesce around mission strategic goals; and improvements in the integration of strategic content into outreach activities.

Despite the significant operational challenges presented by the pandemic and the inevitable disconnects associated with profound institutional and structural change, the ACPD found that that the new staffing model does indeed represent a significant step forward in the modernization of PD practices.

Simply put, instead of fitting people to existing programs, the PDSI fits programs to people, prioritizing audience identification rather than program selection. The PDSI also does away with traditional cultural and press functions, replacing them with performance clusters focused on audience engagement as well as strategic content and resource coordination.

At the same time, the ACPD identified several aspects of the PDSI that require additional work to assure the durability of its impact. Our recommendations address four major areas for consideration: the range and quantity of available training options; greater ease of access to support materials and resources; the provision of precise and targeted guidance to the field; and the expansion of information sharing among key stakeholders within the PD family and across the Department of State.

Noting that public diplomacy personnel in the field required additional preparation to take on audience-driven program planning, the ACPD recommended that training, skills development, continuing education and learning opportunities be provided to all posts on audience identification, analysis and segmentation. We also found that locally employed staff elevated to managerial roles under the new structure require training and guidance in supervisory skills and leadership development.

The ACPD proposed the establishment of an online support platform function to provide practical advice on PDSI implementation in public diplomacy sections at small posts where staffing and resources are at a premium. Specifically, we found that smaller and constituent posts required additional assistance in developing a realistic distribution of staff duties and responsibilities and making the most efficient use of limited tools and infrastructure.

The ACPD noted the need for updated guidance to all Washington-based bureaus and regional offices regarding the necessity of sending content to posts in a timely manner. At the same time, posts require clear, consistent instructions regarding monitoring and evaluation practices for field programs and activities. The ACPD also called for improved human resource guidance on local recruitment and hiring practices, including adjusting PDSI-driven position descriptions and performance expectations to the local talent pool.

The ACPD identified the need for more robust outreach efforts about the PDSI, especially to State Department bureaus outside the public diplomacy operation. Institutionalization of information sharing with leadership at posts about PDSI and other public diplomacy initiatives would help to mitigate knowledge gaps. Similar internal communication efforts should be directed at the Bureau of Educational and Cultural Affairs, the Bureau of Global Public Affairs, and regional and functional bureaus to address existing perceptual gaps that inhibit PDSI implementation.

Like any institutional change, PDSI implementation has been disruptive and difficult, and impacts on the practice of public diplomacy are still mixed. The new public diplomacy architecture being designed through the PDSI will take years to solidify, and the path to full PDSI adoption will be neither linear nor direct. Nevertheless, this paradigm shift in public diplomacy operations has been transformative for the field. As one group at a mid-sized post noted:

Before the PDSI, the section was more reactive. Now, there is more strategic thinking about how and why we do things; more advanced planning regarding speakers, media engagement, and exchanges; and more focus on mission goals. Now we are considering strategy at multiple points of the programming process.

The ACPD conceived of this report as a preliminary appraisal of the PDSI’s effect on the practice of public diplomacy. It is our hope that the ACPD’s findings and recommendations will strengthen the positive transformations taking place in the field. We are especially pleased to showcase the great work of public diplomacy professionals who are essential to the success of America’s information and outreach activities around the world.

The State of U.S. Public Diplomacy

Between the emergence of powerful authoritarian influence strategies, the creation of the new Bureau of Global Public Affairs and the continued battle against global disinformation, 2019 was a whirlwind year for U.S public...