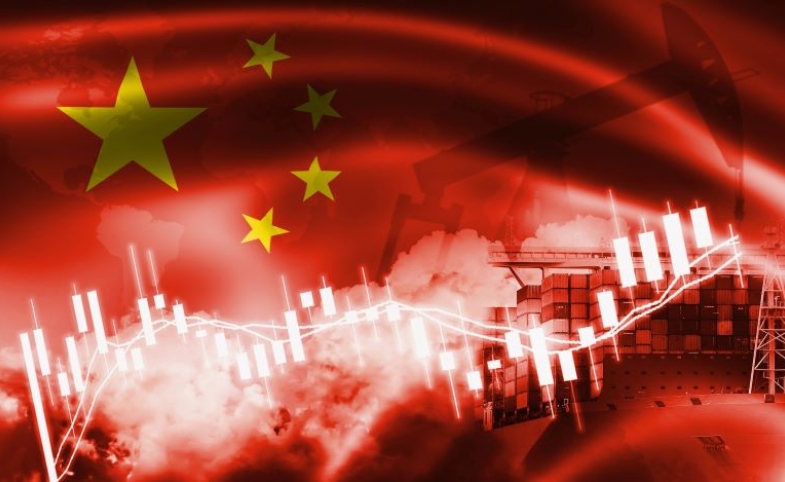 The Reputational Reckoning for 2020: Bad News for China

In 2005 British analyst Simon Anholt published the first iteration of his Nation Brands Index (NBI). Every year since the index has tracked the standing of fifty countries through in-depth polls conducted around the world. The index focuses on six core categories which go to make a nation’s reputation: People, Governance, Culture, Tourism, Exports, Investment/Immigration. This year’s results appeared at the end of October and confirmed Germany’s place as the most admired nation as it has been in recent years. Other results were more surprising.

Nick Cull, Professor of Public Diplomacy at USC and a faculty fellow at CPD, recently had a conversation with Simon Anholt about the new findings. This conversation excerpt has been edited for length and clarity. The discussion will continue next week as Anholt considers the implications of the NBI for the United States.

CULL Looking at this year’s Nation Brands Index, what surprised you most? I’m used to it being the most boring index in the world, and this year was rather different.

ANHOLT Well, it is still boring but one really quite dramatic thing has happened, and that's the change in China's ranking. It has dropped from 23rd to 35th place, which is a long way to fall, especially when you consider that China has invariably ranked 22nd, 23rd or 24th in every edition of the Index since 2008. It’s now one place below India, and until this point, it was very noticeable that China had a stronger image than India. This is the steepest yearly fall for any country in 15 years of the Nation Brands Index, and it’s against the backdrop of a general tendency with the Nation Brands Index for all countries to gradually rise. China’s position is slightly more volatile than many others because it is big and powerful enough to affect the lives of many people in other countries, so it sometimes does go a little bit up or down in individual categories. But for a country to drop by so many places in the overall ranking from one year to the next is absolutely unprecedented.

The only time that anything of this sort has happened before was back in 2006 when the infamous cartoons were published in a Danish newspaper. It impacted Denmark's overall image in the global ranking and if you looked purely at the respondents who self-identified as Muslims, Denmark's image collapsed. It went from an average of 16th to bottom: below Iran, below Israel. And it’s stayed there ever since. The hypothesis I made at that time was that Muslims around the world felt that Denmark had reached out and deliberately injured them: they perceived an act of aggression by a foreign country against their beliefs. Well, you could argue that something similar has just happened with China. Many people would say that it has visited a plague upon the whole planet and maybe this result shows the same sort of feeling.

What is really interesting here is that this is the version of events that Donald Trump has been pushing, and because he is the President of the United States his voice is heard around the world. Years ago, I wrote about how US presidents uniquely have the power to perform ‘belligerent branding’ on other states. I used the example of the phrase ‘rogue nation’, and how a US President labelling Iran with a term like ‘rogue nation’ is enough to demolish that country's image for a good long time. And so the headline question here is, has Trump torpedoed Brand China? Is it partly or largely a result of what Trump has been telling everybody about China that China's image has fallen so far as a result of the coronavirus? Or is this a conclusion that a majority of the world’s population has reached on its own? It can’t be anything other than the pandemic, because nothing else has happened this year that might cause China's image to fall so far.

CULL One thing to remember with these results is that are all based on polls done in June and July and it’s possible that feelings about the virus and national responsibility for it could have evolved since then. China particularly has taken steps to reach out through ‘mask diplomacy.’ Maybe those things have paid off in some markets?

ANHOLT Mask diplomacy is an attempt to reach out and do something good: almost, you might say, an attempt to achieve the opposite impact to the Danish cartoons. Instead of reaching out and insulting somebody else you are reaching out and helping somebody else. The trouble is that people see through it. First of all, it's tiny. Secondly, it's boring. When you are watching the news and you see a plane landing with a bunch of boxes and the newscaster tells you they're full of masks, how long you're going to remember that for? Seconds! This is just another example of how regularly people, governments, the media, even experts in this field regularly underestimate just how vast a structure the image of a country really is. The fact is that a box landing in Milan airport marked “love from China” is going to do nothing. And there’s another reason why it won't do anything: it's because of China’s “brand”. As I used to say long ago, before I got fed up with the word “brand”, I used to say “your brand is not your message: it is the context in which your message is received.” The devilry of a negative brand is that it is the prism through which people will interpret everything you say and everything you do. If they already hate you or mistrust you it doesn't matter what you do, the public is going to either ignore it because it doesn't square with what they already believe about you, or else they're going to ascribe it to whatever impure motives help them to square the good deed with your bad character. They suspect that China is only doing this because they are hopelessly trying to make friends. That’s why it's not going to work.

CULL Gestures that do seem to have made a difference are the ones that were not expected as when Albania sent those doctors to Italy. Italians were very touched by that.

ANHOLT That’s a great example for showing why it probably won't work: it is going to be interpreted in the light of what the Italians have always thought about Albania. It’s very unlikely that a lot of Italians will suddenly start saying “oh, goodness me, I've been wrong about Albania ever since I was three…” And even if it did work on some people, a single gesture is worthless. It will be rejected or forgotten because it contradicts the dominant narrative. If it's really surprising it might be remembered for 10 minutes instead of 10 seconds. Places are attached to their habitual reputations by a very strong piece of elastic. Unless a country projects a constant, unbroken stream of dramatic evidence that it actually deserves the reputation that desires, nothing's ever going to change. And this is why no country has ever succeeded in deliberately changing its reputation: because none of them have the stamina or the imagination to keep that up – consistently, imaginatively, dramatically, remarkably – for years.

CULL The only examples are long term historical examples, like that of Germany 120 years ago resolving not the be the ‘make it cheap and in quantity’ country but rather being the precision engineering and design country, and then sustaining that over a century. China has got a long way to go.