Home|Wanted: Young Professionals with a Passion for Public Diplomacy 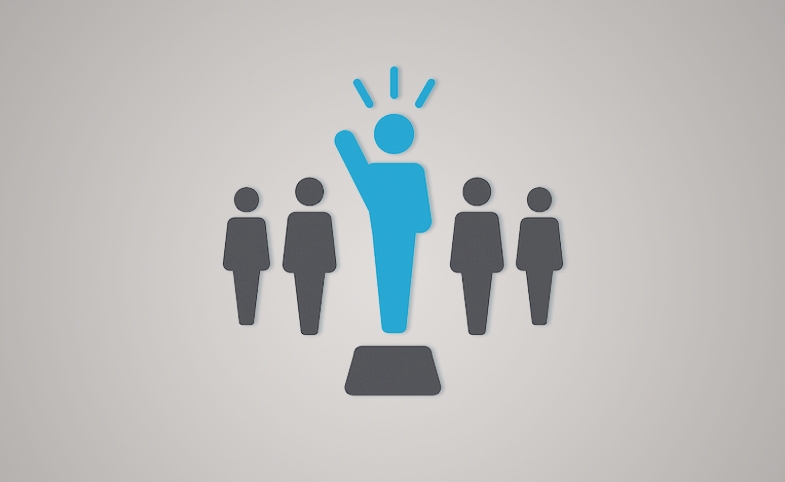 Wanted: Young Professionals with a Passion for Public Diplomacy

Note from the CPD Blog Manager: This is an edited dialogue between Public Diplomacy Council (PDC) President Sherry Lee Mueller and PDC Graduate Fellow Olivia Chavez on multigenerational leadership, the importance of mentors and the creation of the PDC Rising Professionals membership category. An earlier version was posted to the PDC's Public Diplomacy Blog here.

Olivia: One of the first things I learned about PDC President Sherry Lee Mueller was that she, along with her young colleague Mark Overmann, had co-authored the book (below,) Working World: Careers in International Education, Exchange, and Development published by Georgetown University Press. The book is an intergenerational dialogue about making wise career choices. As a Peace Corps volunteer who was just one month away from completing a two-year service and had no set direction on what was next, the book was a godsend. 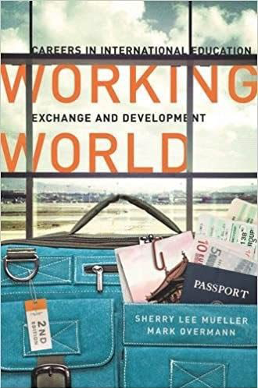 The book demonstrates the real value of juxtaposing a career veteran voice with that of a young professional. It explores the important notion that pursuing a career is a continuous journey, that mentors can come from all spheres of life and that in strengthening our intergenerational competency we also strengthen our workplaces.

Sherry, can you share more about multigenerational leadership and why it is important, especially for an organization like the Public Diplomacy Council?

Sherry: Olivia, I will confess that when I first invited Mark to co-author the book in 2007 my main motive was keeping him at Global Ties U.S. (then NCIV) where I was serving as president. Mark is an excellent writer with many other talents that made him a particularly valuable staff member. It was only when we started working together at my dining room table with ideas ricocheting around that I began to appreciate the rich result of juxtaposing our two perspectives. I realized when we finished the first edition, and then the second edition in 2014, that our collaboration produced a book that was so much better than any book either of us could have authored alone. It was this firsthand experience, coupled with roles at the helm and on the boards of several organizations, that led me to become an avid proponent of multigenerational leadership.

Organizational leaders often talk about the need to attract younger members. That is really an existential imperative. However, that is only the first part of a two-part challenge. The second part and real art of leadership is engaging members from each generation and inspiring them to work together for the mission of the organization. We can only effectively work toward PDC’s mission of “encouraging excellence in professional practice, academic study and advocacy for public diplomacy” by tapping the talents and melding the experiences of a diverse array of members. One aspect of that diversity is age. When I was elected PDC president and began to gain a better understanding of the players and programs, I knew one of my top priorities would be to engage younger members. We spoke about that during your first interview. I knew the PDC graduate fellow position would be key, both as an adviser and implementer. That has proved to be the case. You shaped our outreach in a fundamental way.

Olivia: I saw it as an unusual opportunity to help create change. Sherry and I both place a strong emphasis on the importance of listening. As we played with ideas for attracting young professionals to the Public Diplomacy Council we brought together a number of voices that would help us develop what came to be called our Rising Professionals membership category for younger colleagues 35 and under. Through a series of three focus group discussions and lots of side conversations with diverse graduate students and working professionals with a passion for public diplomacy, we learned about what they deemed as valuable and important in joining an organization in a day and age when a multitude of memberships exist.

Sherry: One key to designing and then implementing this new membership category was the encouragement and involvement of the PDC Board. PDC Vice President and Membership Director Ambassador Brian Carlson, PDC Secretary Peter Kovach and PDC Board member Professor Dan Whitman were all part of these early discussions held on Saturday afternoons. It certainly helped that various Board members had already interacted with our focus group members who had attended the First Monday Forums.

Olivia: During our second focus group we specifically addressed the question of what our outreach to young professionals could look like. What came out of these conversations was an understanding that participants saw the value of having mentors but didn’t necessarily believe in a traditional model of top-down mentorships. By using the titles of a mentor (an experienced and trusted advisor) and mentee (a person who is advised) the relationship established is between one who gives and one who receives. The group wanted interaction, reciprocity and relationships in which both could learn and grow. From this, we developed what we call reciprocal mentorships. An idea in which neither person is assigned the title of mentor or mentee but rather a mutual mentorship between two individuals with unique skill sets and similar passions. 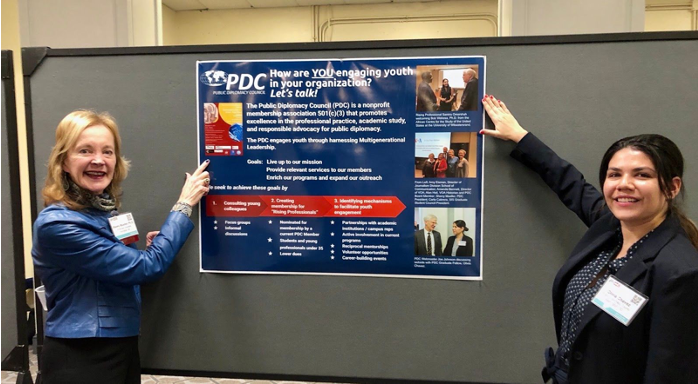 Sherry: As someone who has been blessed with great mentors over the years, I appreciate what a profound impact they had on my life. Mark and I talk about this in a chapter titled, "The Value of Mentors." I got to test the reciprocal idea early in the process when Samira Omarshah, one of our original focus group members, helped me set up and begin to use my Instagram account. I served as her sounding board for a project she was working on for one of her classes. Peter Kovach actually first coined the term reciprocal mentorship. I particularly like it because, in essence, it captures one of the fundamental purposes of public diplomacy—to build mutually beneficial partnerships.

Olivia: In early May, the Public Diplomacy Council officially launched its membership application for Rising Professionals. This was a milestone for the organization. Amid COVID-19 and interesting times in American history, we hosted our very first virtual welcome and networking coffee for our 15 inaugural PDC Rising Professionals. Meeting for the first time, it was apparent that while we all had different experiences and walks of life we firmly believe in the power of mutual understanding. Now more than ever is a time to listen and learn from one another. We are eager to keep welcoming Rising Professionals and develop relationships with current PDC members to strengthen our public diplomacy platforms with the lessons learned from each other.

Sherry: At the virtual welcome coffee our new members introduced themselves. They included Rangel Fellows, Pickering Fellows, a Presidential Management Fellow, Returned Peace Corps volunteers and others already working in the field. All share a dedication to public diplomacy. One described public diplomacy as his calling. That prompted me to share my favorite definition of a calling: that place where your greatest passion and the world’s greatest need intersect. I trust that we can share valuable perspectives with these new members and, in turn, be enriched by them.

Young colleagues whose calling is public diplomacy can learn more about and apply for the new PDC Rising Professionals membership category here.