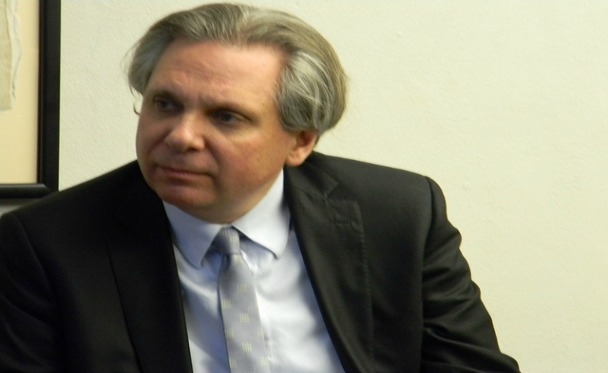 Dr. Kristmanson discussed the emerging field of ‘city diplomacy’. He spoke on how cities present an increasingly important sub-national dimension for the study of public diplomacy, comprehending aspects of security, development, economy, culture, networks and representation. This conversation introduced research questions related to the role of cities as sub-national actors in international relations, the positioning of cities in nation branding, and the role of ‘place’ in Public Diplomacy.

Dr. Mark Kristmanson is a Canadian scholar, arts administrator and producer whose work has ranged from producing operas to organizing international conferences. As Director of Public Programming at the National Capital Commission (NCC) in Ottawa, Canada, he is responsible for national celebrations and festivals, commemorations, public art and capital interpretation programs. He holds a doctorate in Humanities from Concordia University in Montreal and an M.A. in Arts Management from the City University, London. His publications include Plateaus of Freedom: Nationality, Culture and State Security, 1940-1960 (Oxford University Press, 2003). He has worked for the National Arts Centre of Canada, the Cultural Capitals of Canada Program and was the founding Executive Director of the New Brunswick Arts Board.