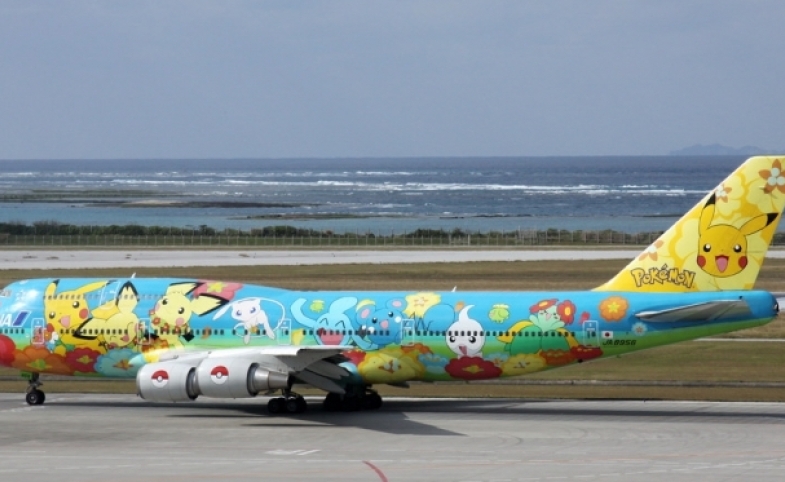 The closing ceremony of the Rio 2016 Summer Olympics showcased a vast collection of Japanese soft power assets in a segment called “The Tokyo Show.” This started with an opening message of “Thank you,” performed by young survivors of the 2011 earthquake and tsunami. Then a spectacular laser show projected the 33 Olympic sports that will compete in Tokyo. But it was a two minute video presentation that stole the show, in which familiar characters and heroes of Japanese games and manga comics came alive.

The short video started with the banner “Shibuya 9:15 A.M.” accompanied by a blasting jazz/big band soundtrack, setting a vibrant, fast, and thrilling pace. A 16-year-old gymnast in her school uniform soared skywards across the famous Shibuya crossing, the epicenter of Japan’s youth culture.  A swimmer raced against a bullet train, a poll vaulter leaped over the 634 meter tall Tokyo Sky Tree building, and judo played against the backdrop of the more than 1,300-year-old Senso-ji Temple.

Then, suddenly, anime character Captain Tsubasa, an inspiration both to millions of youngsters as well as to soccer greats including Lionel Messi and Andrés Iniesta, kicked a red soccer ball onto the Tokyo Metropolitan Expressway at lightning speed. With that cue, other characters joined – Pac-Man on a short track, Hello Kitty as a cheerleader and later a marathon runner, and Doraemon, a robotic cat from the 22nd century, flying his friends through the Tokyo sky.  Finally, Super Mario jumped into a warp pipe from Shibuya all the way into the Maracana Stadium, reappearing as the Japanese prime minister to the signature Mario Brothers’  theme song.  The crowd in Rio–and global social media–went wild.

The show also addressed, albeit subtly, the much needed diversity that Japan is often seen as lacking.  The video featured the famed haute couture same-sex cybergoth couple, AyaBambi, as dancers.  That such celebrated LGBT talents were part of the show should not go unnoticed.  The Tokyo Show set forth a celebration of difference and diversity.

Embracing the Zeitgeist of Today

The overwhelmingly positive global reception was accompanied by a collective sigh of relief from the Japanese public. Since winning the 2020 Games, there had been some anxiety about the “soft” elements of the Olympics, especially in terms of the opening and closing ceremonies. Many worried that the organizers would create something dull, using performers with limited appeal outside of a certain narrow domestic demographic, giving rise to a ceremony akin to a down-market awards show.  Others fretted that the organizers might stick to a high-art that would be inaccessible to a global audience which would ultimately be “lost in translation.”  The recent government-sponsored “Cool Japan” initiative, for example, has not produced any tangible sense of “coolness” to allay such cynicism.

In spite of Japan’s fondness for vast Keynesian stimulus spending, which has produced some infrastructure successes such as the shinkansen bullet train network, there is skepticism toward the government creating entertainment. What is considered modern Japan’s forte, technology and pop culture, has always been the territory of free minds, rebels, and nerds, the success of which derives from critical thought and a fundamental freedom of expression, not from any centrally-planned grand design. The manga and games that have captured the hearts and minds of both foreign and domestic audiences were, instead, created in an organic fashion by individuals and from within the private sector.

One key lesson of the Tokyo Show is to not to shy away from what is already popular but to embrace it instead.

Consider the extraordinarily commercial success of the characters that appeared in Rio. Captain Tsubasa’s TV series has been aired in more than 50 countries. Doraemon, the chubby robotic cat most popular in Asia and Middle East, has sold more than 170 million comics since his inception nearly 50 years ago, with the 2015 Doraemon movie opening in China on 5,500 screens. And Hello Kitty has been a friend to millions since her first appearance in 1974, putting her at the heart of a multi-billion dollar franchise. According to the Davie-Brown Celebrity Index, which quantifies the popularity of celebrities and characters, Pac-Man is recognized by 94 percent of U.S. consumers. Super Mario’s appeal may be even greater, with game sales exceeding 400 million units to date.

These characters, created by artists, are distinctly Japanese yet universal in their appeal.  They represent a sense of fun, hope, and good-naturedness, which makes them a perfect fit for the Olympics.

Hands On, Hands Off

Such uniqueness and positivity embody the soft power that Joseph Nye identifies. There are clearly a vast number of pop-culture fans who are open to embracing such characters as being symbolic of contemporary Japan.

The Japanese performance at Rio shows how such public projects can work well through outreach to the private sector.  Those companies that have successfully leveraged characters commercially, often for decades, clearly know what to do, and the Japanese authorities gave them scope in a laissez-faire manner to use their designs in creating a compelling image of today’s Japan.

One key lesson of the Tokyo Show is to not to shy away from what is already popular but to embrace it instead. The more important corollary: do not attempt to engineer what ostensibly should resonate with the public, but rather use what already is resonating. Governments and quasi-government entities often spend vast sums in creating programs that attempt to persuade a foreign audience to take a positive interest, and not always successfully.

Of course, what works for Japan may not work for other countries. The prevalence of iconic cultural assets similar to those discussed herein naturally varies from nation to nation. But where such assets exist, it makes sense to leverage them. If the Tokyo Show with Super Mario and its focus on fun is any indication, all augurs well for a successful and entertaining 2020 Olympiad. Japan’s soft power strengths should, once again, be effectively highlighted through the bureaucrats wisely taking an artistic back seat.

CPD Editor's Note: This post originally appeared in The Diplomat.

Photo by Kentaro Iemoto I CC 2.0

In Pop Power: Pop Diplomacy for a Global Society, Luis Antonio Vidal Pérez explores pop culture as a tool for constructing a global society in the context of International Relations by studying the cases of South...