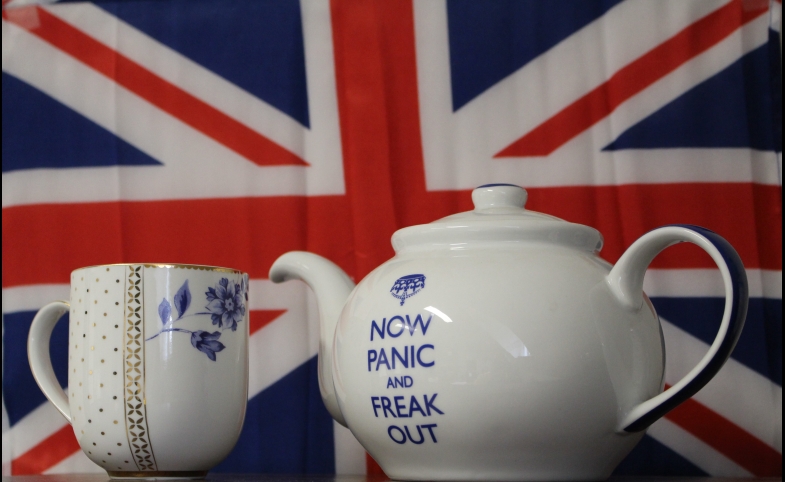 The UK's EU Referendum and its Lessons, Part 1

Note from the CPD Blog Manager: This blog is part one of a two-part series. Part two will be published next week.

Notwithstanding the tremendous resources the EU has put into its public diplomacy to socialize the citizens of Member States towards a pan-European identity, these endeavors failed to allay widely-held frustrations and generate sufficient enthusiasm to prevent a vote for British withdrawal. In terms of the UK referendum, there are two key points that should be considered.

First, we have a classic “public diplomacy versus policy” dilemma in which public diplomacy is ineffective in the face of policy inconsistency. To many, the EU is increasingly viewed as undemocratic (the so-called “democracy deficit”), even though the institution itself requires democracy from its Member States as a condition for membership.

Second, we observe the danger of dismissing the “other” side and failing to obtain a complete picture. During the referendum, polling data were largely ignored and unwarranted weight was given by those with supposedly superior moral views to their own convictions. A spectrum of experts – political scientists, traders, journalists, and public diplomacy scholars – believed that the UK should not, and therefore never would, vote to leave the EU.  This complacency led to extraordinary confirmation bias. Those who disregarded the other side seem still to be in denial.

This postmortem analysis examines these points and demystifies some of the confusion and hyperbole.

In the final hours of June 23rd, 2016, the initial results of the referendum were announced. Newcastle, with its student-rich demographic of young pro-EU voters, was the first major counting centre to declare, and was expected to deliver a decisive “remain” vote. But it announced only a marginal victory for “remain”, with a share of just 50.7%. And when neighboring Sunderland declared shortly thereafter, with 61.3% of its voters for “leave”, the shock was immediate. The pound fell quickly through a combination of short-covering and panic selling. And, to much disbelief, the prospect of Brexit became a reality.

Confirmation bias and the overlooked signs

Polls, in aggregate, were essentially correct in suggesting an evenly-split electorate. In fact, they had fluctuated between slight leads for “remain” and “leave” for many months. Even after the June 16th murder of “remain” MP Jo Cox, there was no clear majority, and media magnate Rupert Murdoch hedged his bets across his British newspapers – The Times supporting “remain” and The Sunday Times and The Sun supporting “leave”. So, where did the conviction that Brexit could not happen come from?

Many ignored the polls. Some looked to the bookmakers. But betting odds are set by supply and demand, not necessarily by informed wisdom. More money was placed on “remain” and the odds then naturally suggested “remain” would happen. Anecdotal evidence, however, indicated that many small bets (i.e., bets from more people) were for “leave”. The bookmakers’ odds, suggesting a 75% chance of “remain”, ultimately proved to have been dangerously misleading.

During the referendum, polling data were largely ignored and unwarranted weight was given by those with supposedly superior moral views to their own convictions. A spectrum of experts – political scientists, traders, journalists, and public diplomacy scholars – believed that the UK should not, and therefore never would, vote to leave the EU.

Another naïve error was the “reversion to status quo” fallacy. This was wrong on three counts. First, the assumption that “don’t knows” and low conviction voters would switch to “remain” was incorrect. As far back as late 2015, “don’t knows” were consistently breaking for “leave”. Second, if the murder of an MP had not already moved ditherers to “remain”, it is difficult to imagine what realistically could have. Third, a status quo option was never on the ballot. The only choices were for “remain”, representing a continuation of EU integration, or “leave”, calling a halt to the process. The ballot offered a choice of only “more EU” or “less EU”, without a Goldilocks “EU just right” option.

What many failed to appreciate was that “leave” voters were prepared to vote “out” even if there was a financial cost to them. The June 10th ORB poll showed that 81% of respondents saw leaving the EU as a risk. But “out” voters opted to leave regardless.

It is worthwhile examining where the two campaigns succeeded and where they failed. While both sides made tactical errors, told untruths, and reverted to hyperbole, the optimism of “leave” and its “Take Back Control” message, akin to President Obama’s “Yes We Can”, or Senator Sanders’s “Feel the Bern”, contrasted with the fear-based and less coordinated tone of “remain”.

Youthful “remain” energy was seen post the referendum through social media, online petitions, and rallies, but not before the vote. Young voter turnout was low. British broadcaster Sky suggested that only 36% of 18-24 year-olds voted, versus 72% overall.

The “remain” message was also generally uninspiring, conveying doomsday scenarios such as emergency budget cuts, endangered national security, loss of world standing, and, in the words of Donald Tusk, one of the five Presidents of the EU, “the destruction of (…) Western political civilization in its entirety”. These claims were effectively dismissed by “leave” through its “Project Fear” pejorative. Voters ultimately bought into a vision of an independent UK capable of making its own deals, such as the 2015 China investment agreement and the multilateral P5+1 Iranian nuclear deal.

Pundits have conveniently attempted to draw ideological parallels between Brexit and Donald Trump’s presidential candidacy. But these contentions obscure the fundamental differences between the campaigns.

First, Trump’s position is that the political class cannot be trusted. But “leave” did not assert that British politicians en masse were untrustworthy, rather that unelected bureaucrats and foreign politicians in Brussels should not be making British laws.

Third, both “leave” and “remain” garnered support from across all major political parties. The Trump campaign can only dream of attracting such bipartisanship support for its agenda.

The 2012 image of Britain’s new Foreign Secretary, Boris Johnson, waving the Union Jack while haplessly snagged on a zipline above London, seems an apt image for the situation he has inherited, and indeed played a major part...

Some Americans are wondering how we’ll be able to explain Donald Trump to the rest of the world, but they needn’t worry. Trump will be an all-too-familiar character in many countries because they already have their own...