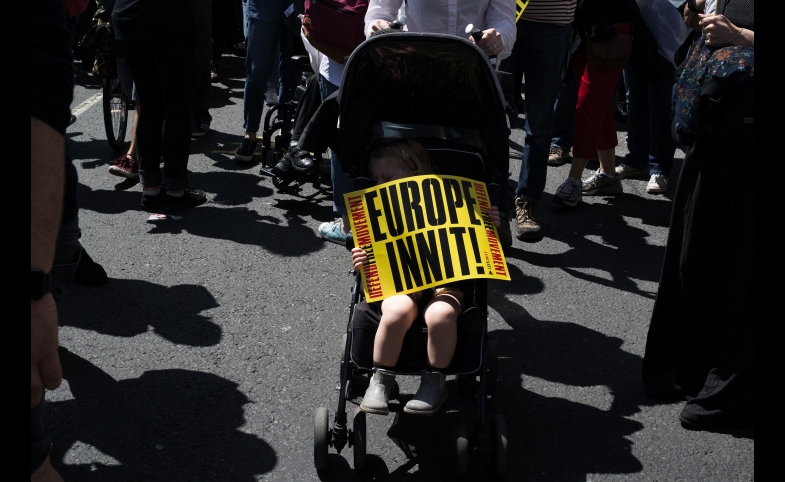 The UK's EU Referendum and its Lessons, Part 2

Note from the CPD Blog Manager: This blog is part two of a two-part series. You can find part one here.

Are 52% of the British people xenophobic?

There were controversies in terms of migration created by individuals outside of the official “Vote Leave” campaign. Yet, contrary to a widely held belief, migration was never the primary issue: the economy was a greater concern. The aforementioned ORB poll showed that 52% of respondents believed the economy to be more important than immigration.

This is not to say that migration did not play a role. Many British people are genuinely concerned that unlimited and unplanned population growth, currently of the order of 333,000 people each year, roughly equal to the population of the City of Newcastle, has transcended the ability of the state to fund and respond to the demands on its social services. But the UK is limited in its ability to control the situation, as the EU compels Britain to allow all citizens of EU Member States to reside and work in the UK, and provide them with welfare benefits subject to minimal restrictions.

Labour Party leader Jeremy Corbyn’s candidly honest admission that there could be no limit to EU migration did nothing to allay voters’ concerns. And Prime Minister David Cameron’s flip-flops regarding Turkey’s EU accession were never satisfactorily dealt with.

To address migration concerns, the UK Government even introduced rules to deport non-EU spouses married to British citizens earning less than £18,600 a year. Furthermore, non-EU citizens residing in the UK for more than five years, earning less than £35,000 a year, a group that includes researchers, teachers, and artists, also now face deportation.

The “leave” campaign suggested an Australian-style skill and points based immigration system, treating EU and non-EU nationals alike. “Leave” argued that the existing arrangements were ineffective, inconsistent and unfair. “Remain” merely suggested carrying on as before – a difficult sell indeed.

After the referendum, “remain” supporters quickly labelled “leave” voters as xenophobes. Many commentators, especially in America, have popularized this view. It is a convenient but false explanation unsupported by data. While there are different views as to what might be the best immigration policy for the UK, it is offensive and rather far-fetched to suddenly declare that those who voted “leave” – more than 17 million people – are racist.

Hyperbole aside, the referendum was, for many, about sovereignty, the assertion of self-determination through re-establishing the primacy of the British Parliament. This is not inherently nationalistic or xenophobic. “Leave” voters wanted to end the EU’s power to dictate British law. The June 25th post-referendum ComRes poll suggested that 53% of “leave” voters considered “the ability of Britain to make its own laws” to be the most important factor, as opposed to only 2% of “remain” voters.

This sovereignty fault line has a long history. The UK joined the European Economic Community (“EEC”) in 1973, a decision confirmed through a 1975 referendum. But the EEC had a more limited focus of free trade, compared to the more expansive project into which the institution evolved. The 1992 Maastricht Treaty, for which no British referendum was held, set a goal of “ever closer union,” requiring Member States to compromise the primacy of their own parliaments and courts in making and interpreting law as never before.

After the referendum, “remain” supporters quickly labelled “leave” voters as xenophobes. Many commentators, especially in America, have popularized this view. It is a convenient but false explanation unsupported by data.

To many Britons, the EU has become overbearing, regulating the most trivial aspects of everyday life. Infamously, it once even outlawed bendy bananas. The EU now limits the maximum power of vacuum cleaners and hair-dryers. It has even attempted to deny diabetics the freedom to drive.

“Leave” voters also worried that their money was being wasted. For example, 39% of the EU’s entire budget (to which the UK is the second largest net contributor) is allocated to Common Agricultural Policy (“CAP”) in farm subsidies. The CAP now seems outdated and unnecessary in a Europe where food is plentiful.

The majority of voters concluded that the UK should be making its own laws, negotiating its own deals, and trading freely with any state with which it desires. Under any rational analysis, EU and non-EU states alike will make deals with the UK when there is a mutually positive utility payoff. The UK will continue to take advantage of existing WTO rules. And, as the UK remains a permanent member of the UN Security Council and a member of NATO, British national security was never seriously in question.

Lessons to be learnt

The UK certainly now faces challenges and uncertainties. Prime Minister David Cameron has resigned and a new government has been formed under former Home Secretary Theresa May. The Labour Party is also in some turmoil, with Jeremy Corbyn’s position as leader being challenged. The UK equity market is, however, now higher than before the referendum, and markets globally have recovered, in some cases to record highs. The pound has fallen significantly, but this is positive for the UK, making exports more competitive, particularly to the EU, with which the UK currently has a record high trade deficit. If the UK is successful in securing clear political leadership, reaching an accommodation with the EU, and negotiating its own trade deals, then the UK economy should at least escape the worst.

The Brexit legal process is clear: Britain needs to invoke Article 50 of the 1997 Lisbon Treaty and repeal, or at least amend, the 1972 European Communities Act. The finer practical details, however, remain opaque.

Essentially, though, what unfolded in the early hours of June 24th, 2016, is not going to be undone. It is now time to understand what happened and why. Listening to the viewpoints of the other side is essential and a prerequisite not only for public diplomacy, but also for all diplomatic processes, including reconciliation. Many experts remain in denial, refusing to understand why Brexit happened. Some conveniently blur, or genuinely confuse, the nature of sovereignty with nationalism, labelling those wishing to assert the legislative primacy of the British Parliament as xenophobes. An objective analysis of the data, however, refutes such claims, and it is essential to make use of such discipline.

The ancient Greek dramatist Aeschylus said, “I would rather be ignorant than knowledgeable of evils.” This sounds noble but often leads to judgmentalism and is rarely successful. Changing this attitude, especially for those of us who work as public diplomacy practitioners and scholars, is essential if we are to correctly understand and analyze such major events.

Driven in part by the democratization of communications through technology, power has been diffused from major capitals and elites to individuals, civil society and other non-state actors. The networks that connect us do not...