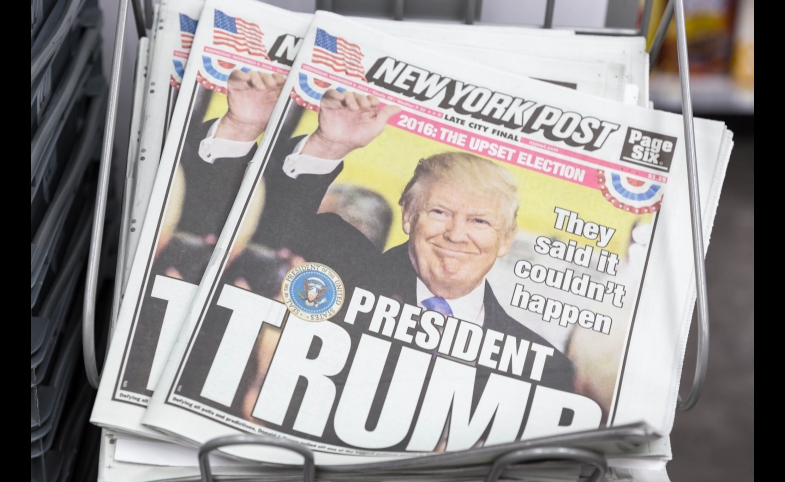 The U.S. Presidential 2016: A Rude Awakening

Donald Trump’s victory was met with shock by the world and half of America. Having alienated much of the domestic constituency and created great anxiety among America’s partners, uncertainties have now become reality.

Trump, as a candidate, suggested a possible withdrawal from collective security systems such as NATO. Emphasizing that allies might be largely on their own, Japan and South Korea have even been encouraged to consider developing nuclear weapons systems, potentially reversing consistent and bipartisan U.S. non-proliferation efforts dating back to the Eisenhower administration. China, cited by Trump as a currency manipulator, may see a significant change to the current Sino-U.S. trade relationship, and a possible referral to the World Trade Organization, inviting trade wars and retaliation in terms of quotas and tariffs. Trump’s policies also include potential limits on Muslims visiting the U.S. and the building of a wall on the U.S.-Mexican border.

Awakening to this new reality, it is incumbent upon us to examine this U.S. election, understand Trump’s rise, and consider why and how he won.

The stark difference between the campaigns was illustrated from the outset: Clinton’s “Stronger Together” versus Trump’s “Make America Great Again.” “Stronger Together” was an optimistic determination of inclusiveness—that America may not be perfect but is, nevertheless, already great and on a trend of improving in both a social and an economic sense. Internationally, Clinton advocated cooperation, using smart power to solve complex and pressing issues.

Trump favored exclusion and division through his “I-alone-can-fix-it” mantra. “Make America Great Again” presupposed that America had, at some point, stopped being great, ever since the movement towards greater inclusion and social tolerance began. Students of American history would likely oppose this view. Society has been moving forward and has been become fairer, as evidenced by the Civil Rights Movement, greater religious tolerance, and the acceptance of gender and marriage equality. American universities are an example of today’s inclusivity, with campuses open to students of any race, religion, nationality, or gender, and accommodating to those with disabilities. The university-educated and the youth have largely accepted this new norm as antithetic to Trump’s walls and isolationism. Yet it was Trump, not Clinton, who emerged as the winner.

Who Are the Trump supporters?

From where does Trump’s support emanate? Polls reveal a divide between college and non-college educated preferences. According to Pew Research, Trump “fared better among white voters who had not completed college than among white GOP college graduates.”

Education aside, there were five sources of support, not necessarily mutually exclusive, that can be readily identified. First, conservatives who resolved to support the party nominee regardless, arguing the importance of future Supreme Court justice nominations. Second, those genuinely economically marginalized through globalization, whose struggles are often obscured by simplistic per-capita GDP-growth statistics. They were the most susceptible to Trump’s “job-stealing” foreign worker accusations and “illegitimate” Obama administration messages, buying into a utopian vision of manufacturing jobs returning to America en masse, despite no serious economic policies or analyses in support of such a belief. Viewing Trump as a brilliant businessman, this group viewed threats to default on U.S. sovereign debt, in a manner akin to how Trump’s companies defaulted on their junk bonds, not as an act of economic lunacy, but as one of strength. In a bipolar world, devoid of nuance, where everyone is either a “winner” or a “loser”—“weak” or “strong,” such voters enthusiastically endorsed a candidate who would supposedly eradicate their problems by turning them and their America into “winners.”

Third, those who perceived themselves to have lost out, driven by manufactured anxiety. Fourth, those who felt neglected by the Washington establishment and energized by Trump’s “Drain the Swamp” cry.  Fifth, and finally, supporters from the “Alt-Right”. This five-group diverse coalition ultimately proved sufficient to deliver victory.

The Rise of the “Alt-Right”

Trump played to populist prejudice at every opportunity, rather than developing an integrated set of policy proposals, and consequently provided a national platform to noxious individuals from the “Alt-Right” periphery. Under the cover of supporting the Republican candidate, racists regrouped, no longer fearful or embarrassed to parade their toxic ideology.

The issue now is whether Trump will unite a deeply divided country.

Similar groups to the American Alt-Right, such as the UK Independence Party (UKIP) and the French National Front (FN), do, of course, exist. But in the 2016 American election, such ethno-nationalistic beliefs found a home not just within fringe groups, but in the party of Lincoln. Trump did little to hide his own racism, attacking U.S. Judge Curiel’s impartiality on account of his Mexican heritage. Even Republican Speaker Paul Ryan disavowed this as “textbook racism.” This behavior could have been addressed from the outset when Trump, in 2011, floated the “birther” conspiracy against President Obama, a slander he continued for five years. But the GOP dithered, viewing the passions so-inflamed as a convenient fuel from which they could profit.

After the election, what will happen to Trump’s platform? Do trade and security disasters loom? Will U.S. security cooperation with its allies endure? Will America’s input to critical international organizations such as the WTO and NATO continue? Will walls be built? And, in terms of President Obama’s legacy, what will happen to the Affordable Care and Dodd-Frank Acts? Will Trump’s campaign promises stay just that, or will they become policy?

An inclusive society is sufficiently flexible to encompass a spectrum of opinions. One can argue for smaller or larger government, lower or higher levels of aggregate taxation, or dovish or hawkish foreign policy. Having alternatives that offer distinct policy choices is healthy, provided that different constituencies can cooperate and compromise. In this election, however, the absence of shared common principles created a sharp new political divide.

So, the issue now is whether Trump will unite a deeply divided country. The reaction of those who shun Trump is not just intellectual disagreement, but visceral disgust. Those who oppose him—be they Republicans, Democrats or the non-aligned—reject his values as he, inter alia, challenged the norms of civility by disrespecting women, gold star families, veterans, and the disabled. Addressing this division over the next four years will, no doubt, represent a massive challenge.