Home|The Trump Presidency: What to Watch 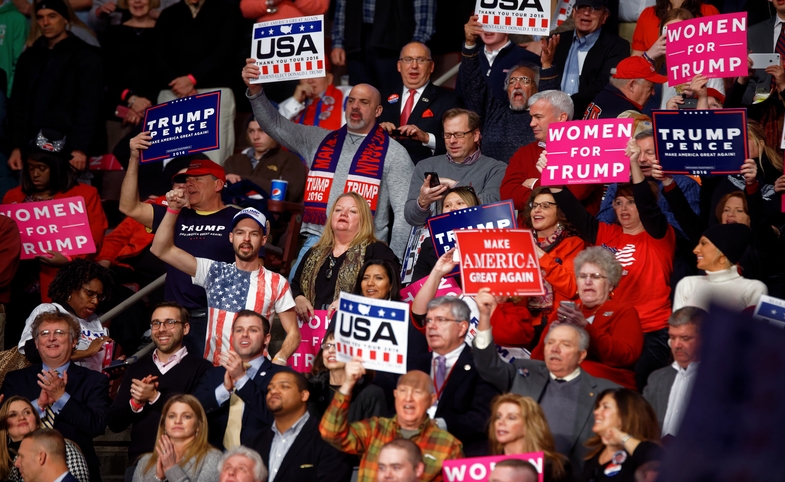 “A decent respect to the opinions of mankind,” intones the U.S. Declaration of Independence, requires that those who want to break away from a nation-state explain publicly their reasons for doing so.

Today, however, following a dramatic week of events connected to the ascent of Donald Trump to the Presidency, a similar imperative requires that we try to explain to the world—and most of all to ourselves—what is going on.

President-elect Trump’s actions and statements continue to create controversy and may—may—upend the international order. Yet the core of Trump’s supporters, including some of the U.S. Senate’s most conservative members, are not overly troubled.

On the contrary, to cite just one example, Senator James Inhofe (R-OK), told NPR last week that “we are going to gain respect in the world that we have lost in the last eight years.”

Indeed, whether America lost respect in the world during the years of the Obama presidency is one of the litmus-test questions that was litigated during the election campaign. When I last wrote on this topic, I found that polling data did not support Inhofe’s blanket conclusion.

These supporters are why Donald Trump is being sworn in this week as President, even though his approval ratings today are the lowest of any incoming President in the past thirty years—and even though President Obama’s ratings as he leaves office are quite high. Viewed broadly, Americans hold views that are often confusing, if not contradictory. Perhaps the best example is that most white women who voted, voted for Trump, even though most of that cohort opposed his often denigrating statements about women.

So how should America and the world understand the transition that is about to take place in Washington, D.C.?

For all their drama, last week’s series of controversies should be examined dispassionately for signs of how governance will work in Washington in the coming months and years. These issues bear careful observation by Americans and those watching from afar.

Three key questions to understanding the Trump Presidency in the coming months:

1. Policy toward Russia and NATO. We now know that Trump’s national security advisor, Gen. Michael T. Flynn, has been in engaged in exploratory discussions with Russian Ambassador Kislyak. The fact that these contacts are taking place before Trump even takes office is another clear indication that Trump plans to radically change U.S. policy toward the Russian Federation.

There are already press reports predicting a Trump-Putin summit (in Reykjavik, no less). Last week, at his contentious press conference at Trump Tower in New York, Trump acknowledged for the first time that Russia had interfered in the U.S. election campaign. He also later told the Wall Street Journal that he would leave U.S. sanctions against Russia in place—“at least for a while.”

But these were half-hearted statements. Meanwhile, Republican leadership in the Senate is allowing the Senate Intelligence Committee to launch an investigation into not only the Russian hacking of emails, but all Russian attempts to influence the outcome—including, presumably, the salacious reports of “kompromat,” or blackmail-worthy material, gathered by Russian intelligence services during Trump’s visit to Russia in 2013. (If you’ve missed all the reporting on this dossier, summarized in the briefings that the heads of the U.S. Intelligence Community gave Trump and Obama, the Washington Post has an excellent backgrounder).

Of course, the profound question is why Trump wants to change U.S. policy toward Russia in a way opposed by most Republicans (not to mention Democrats). In the absence of full disclosure of his tax returns and prior business dealings with Russians, and in the absence of any compelling national security rationale, changing U.S. policy toward Russia only invites speculation that there is some personal interest involved. Left to fester, this conflict over policy and behavior will undermine the credibility of the Trump Presidency.

2. Conflicts of Interest. Ethics lawyers for George W. Bush and Barack Obama were interviewed last week following the long-awaited announcement by President-elect Trump on divestiture. They minced no words: by declining to place his extensive holdings into a blind trust, Trump was in violation of the law. Further, if son-in-law Jared Kushner conducts any business for the Trump Administration while continuing to manage his own large real estate interests, there will be additional potential conflicts of interest.

The seriousness of these interest conflicts is compounded by Trump’s own behavior. He has continued to conduct the family’s businesses during the transition, meeting with foreign leaders of countries where he also has business dealings. Trump’s contempt for the law is exemplified by his statement that he could continue to run his companies from the White House, if he so desired.

Unless Trump and his advisors transparently declare their business holdings (by releasing tax returns) and placing holdings in a blind trust, those seeking to influence policy will assume that they can do so by favoring Trump’s businesses. Similarly, decisions made by Trump and his administration will be seen as being undertaken with an eye toward benefiting Trump enterprises.

3. Freedom of the Press. Finally, Trump continues an adversarial relationship with journalists from many different and important media. Last Wednesday’s press conference, with its shouting-match theatrics aimed at CNN, only strengthened the impression that Trump responds to unfavorable coverage by name-calling and a general lack of self-control.

Not only is such behavior beneath the dignity of the office of the President, it will make more difficult the task of communicating with the nation and the world. Unless he alters his approach to media, Trump will be left with only his social media outreach while the country’s principal mass media rebuke his behavior, and satirists have a field day.

These are only three of the most serious substantive and behavioral issues that must be considered in the opening weeks of the Trump Presidency.

I have not mentioned cabinet appointees; policy toward China, North Korea, and Mexico; and the impact of repealing the Affordable Care Act without having a replacement ready to go.

If the United States wants to display a decent respect for world opinion and that of our own citizens, and enjoy respect in the world, the Trump Administration has got to get started by fixing some of the blunders that it has already made.

Photo by Michael Vadon I CC 2.0

An Al Jazeera undercover reporter has caught Israeli embassy employee Shai Masot plotting to bring down a British foreign office minister who is seen as too pro-Palestinian. Shai Masot also appears to boast about influencing...