Home|A Letter to a Reader in Russia 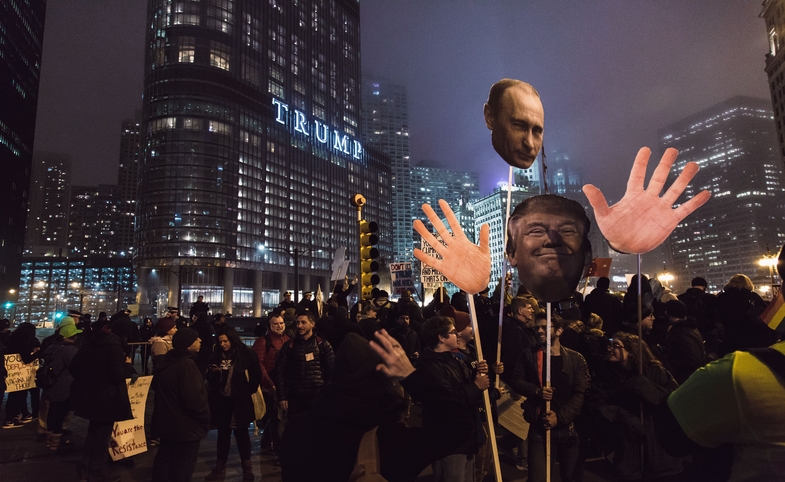 Despite the new U.S. President's well-known openness toward the Kremlin, I can think of no relationship where public diplomacy and exchanges are more important or harder to do than the relationship between the U.S. and Russia. Last week I received a letter from a reader in Russia. It raises important questions and I thought it was worth sharing both the text of the inquiry and my response. The reader has requested anonymity but has given permission for the questions to be reproduced here [NOTE FROM THE CPD BLOG MANAGER: Questions are reproduced here in unedited form]. – Nick Cull

The Science and Security Board of the Bulletin of the Atomic Scientists said Thursday announcing the new status of the so-called Doomsday Clock that the humanity is 30 seconds closer to its complete annihilation due to dangerous nuclear situation, failure to act on climate change, potential threats from new technologies. The report listed "a dangerous nuclear situation on multiple fronts," "the clear need for climate action," and "potential threats from emerging technologies" as main reasons for the clock readjustment. Last time the Doomsday Clock was moved forward was 2015, advancing to 3 minutes to midnight from 5 minutes.

I would appreciate receiving brief comments in context of the above information regarding the following issues:

1. In your point of view could the current situation in the world caused Doomsday Clock moving forward be compared with Cuban Missile Crisis (Caribbean Crisis)?

2. Do you consider that with Donald Trump as the U.S. President and his administration the improvement of the U.S.-Russian is possible and it is possible to avoid increase of tension and repeat of Caribbean crisis?

3. How do you see the way from the present condition of the US-Russian relations close to the “Cold War” and threatening the global stability?

Many thanks in advance.

I was not surprised that the Doomsday Clock was moved forward, but it is important to remember that the scientists were worried about climate change as well as geopolitics.

While I do not see the international situation as being as dangerous as it was in 1962, I now routinely compare the current situation to 1910 or 1930. By this I mean that it is less dangerous in the short term, but more dangerous in the long term: remember 1910 and 1930 led to war.

Why do I think this? I see the world as still reacting to the economic downturn of 2008. Many countries are looking for solutions to this by turning to strong leaders who promise to restore the golden days of the past. The danger in this is that this approach also includes a destabilizing rhetoric of blaming problems on foreigners. This is the mentality of the Brexit vote in the UK and many other situations I could point to.

We as a planet do better when we see our neighbors as potential partners with whom we are interdependent, rather than as politically convenient enemies to define ourselves against.

One advantage of strong man politics is that it opens the possibility of leaders to act against type. In the USA, hardliners like Nixon or Reagan have options to negotiate which are denied to the softer-line presidents like Carter or Obama, hence the saying: only Nixon can go to China. I can see it is possible for Trump to exploit the politics of enemies (which he did in the campaign regarding Mexico, ISIS and China) and at the same time to have a politics of negotiation too, which is possible given his friendlier approach to Russia.

Many experts here expect the next crisis will be in the South China Sea with China as the adversary and not Russia, but the tensions with Russia are real, especially in Europe—and American politics is not just about the president but about Congress and the people too.

You ask about the way back from the current U.S.-Russian tension. I believe that only so much can be done by leaders in this world, and that understanding requires connections between ordinary people.

I am concerned that our sources of information are so often unreliable or colored against the enemy. I feel that the world would be safer if 1) there was more direct contact between peoples of the world through exchanges and personal knowledge, and 2) if we had a process to formally discuss the issue of misunderstanding between and weaponization of the media, which all sides complain about. The road away from the U.S.-Russian crisis in the early 1980s included this kind of media-focused negotiation: the so-called "information talks." We need a cyber arms control process too.

With all good wishes,