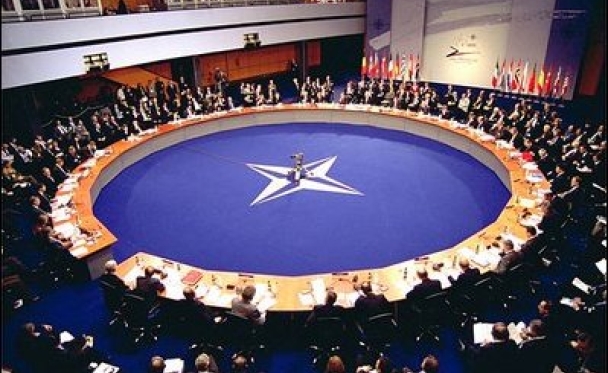 The PD Forum examined how unpredictable security environments impact the role of public diplomacy, what challenges it faces and what best practices can be explored.

This event was part of NATO's continued efforts to engage with counterparts and colleagues in public, private, and non-profit sectors to exchange best practices and foster constructive discussions on public diplomacy.

The Forum was by invitation only. Read more about it by following this link and view the full program below.

Photos from the conference can be found here.

Ever since the term ‘soft power’ was coined by Joseph Nye 20 years ago, organizations, governments and academics have been trying to explain and recommend the use of soft power to balance the hard power. Where do we stand with soft power in 2016, an era of increased numbers of crisis, conflicts and extremism? Is this term still relevant and how can it be put to best use?

New technology embraces us. Global communication is limitless. Organizations and governments struggle to have their message heard in a cacophony of many different voices. This panel will set out to review how to ensure that public diplomacy remains relevant in the new global age with ever younger generations and what is public diplomacy’s future.

Workshop III: One year on: Progress on countering propaganda and misinformation campaigns