Home|NATO’s Public Diplomacy in the Grey Zone of Conflict 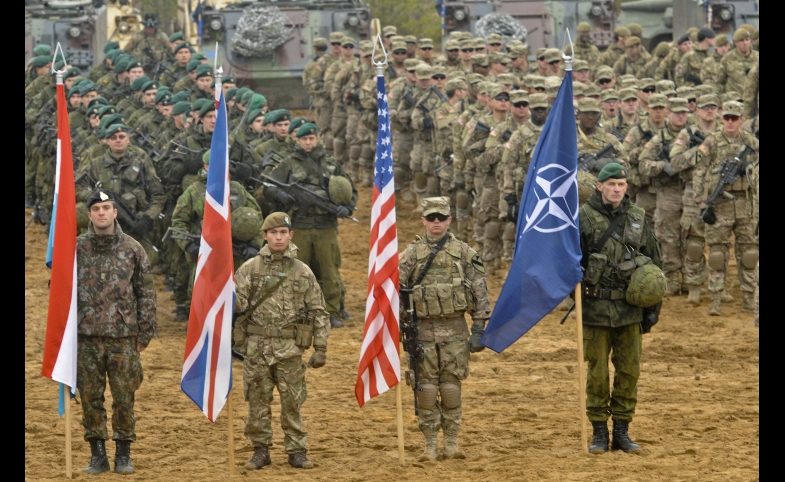 NATO, the world’s most powerful military alliance, has recently released a strategy to counter hybrid threats. This strategy recognizes the fact that the security environment is neither dominated by conventional threats, represented by rival states, or irregular threats, like the ones faced in Afghanistan with al-Qaeda and the Taliban. The challenge with hybrid warfare is that the actors are often diverse, as was the case with Russia’s “little green men” supporting the rebels in Eastern Ukraine. Moreover, the tactics range from unconventional to conventional. In other words, challengers use a mix of cyberwarfare, information operations, and propaganda to have a deep societal impact, yet rely on standoff capabilities like man-portable air-defense systems (or MANPADS) and long-range rockets to achieve kinetic effects on the ground.

NATO allies, Western democratic governments with large foreign and defense bureaucracies, are developing responses to hybrid threats, so they can operate more nimbly in this grey zone of conflict. It is called the grey zone because it is becoming increasingly difficult to identify the nature of such conflicts, and its perpetrators thrive on the plausible deniability of their actions. Indeed, it is often difficult to attribute hostile acts to one specific actor.

To prevail in the grey zone, NATO must reach deep into societies where subversive elements may prove influential.

The hybrid way of war has been well calibrated to integrate both soft and hard power tools in a way to achieve decisive political outcomes. The annexation of Crimea is a case in point. How can NATO adapt in this environment? The Alliance strategy must be able to deter hybrid threats through increased military readiness, especially in the Baltic countries. However, NATO must also envisage an overhaul of its public diplomacy toolkit. To prevail in the grey zone, NATO must reach deep into societies where subversive elements may prove influential. It is very different from the public diplomacy efforts that were deployed in support of ISAF (International Security Assistance Force) operations in Afghanistan, to win the hearts and minds of the local population, to strengthen the confidence of communities with regards to the prolonged presence of NATO and partner countries. In the case of hybrid adversaries, the use of information warfare, cyber, and propaganda is much more widespread, sustained, and technologically sophisticated. NATO’s rigid structure is therefore an impediment to engaging rapidly and effectively in this battlefield of ideas. Several public diplomacy strategies could be deployed for immediate effect:

In the grey zone, it is better to count Russia as a partner than a rival. Addressing the causes of Russian grievances is the responsible thing to do and will pave the way for more stable order in Eastern Europe, in addition to providing reassurances to states in the Baltics and Central Europe. As President Obama conceded recently in the now famous Atlantic article of March 2016, “The fact is that Ukraine, which is a non-NATO country, is going to be vulnerable to military domination by Russia no matter what we do."  It’s time to start thinking about what comes after and how Moscow can move away from the grey zone and back into the NATO-Russia Council. Public diplomacy has a role to play in this endeavor.

Stéfanie von Hlatky
Past Visiting Scholar
Assistant Professor of Political Studies, Queen’s University
YOU MIGHT BE INTERESTED IN...

The NATO Warsaw Summit: An Example of Successful PD

NATO Summits are major events. While there is no rule of how often they take place, they tend to be bi-annual. Hosted by one of the NATO Member states, they get branded and referred to by the name of the city they were...