Home|Cultural Diplomacy in India and Pakistan: Moving Beyond the Empty Gesture

Cultural Diplomacy in India and Pakistan: Moving Beyond the Empty Gesture

Much has been made of the potential for cultural diplomacy to ease the tensions between Pakistan and India. Given those nations‘ nuclear posturing, their complaints against each other for fomenting cross-border terrorism, and the potential for that area to destabilize the rest of the world, every possible tool should be tried. 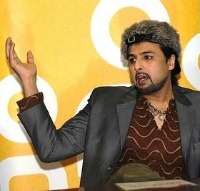 I spent a portion of the past year working with one cultural diplomat, Pakistani rock-star and UN Goodwill Ambassador Salman Ahmad, serving as an unpaid communications adviser for his efforts to bring peace and stability to Pakistan. I came away sensing that cultural diplomacy inevitably runs the risk of being naïve about deeper sources of conflict.

“With more than 30 million record sales, Salman went on to become an international rock star – often called the ‘Bono of South Asia‘. More importantly, he used the power of music to challenge the status quo, bring attention to sensitive issues, and galvanize millions to believe in new ways of thinking.”

My own assessment would be a bit more sober.

I was in a State Department office with Ahmad and a team of allies when I first sensed that the “music will show us the way” approach could only go so far. We had finagled an audience with Obama administration special envoy Richard Holbrooke, hoping we could get him excited about our cause and open the necessary doors for us to carry out our cultural and public diplomacy mission.

Holbrooke offered some unsolicited advice to “the Bono of South Asia,” telling him that what makes Bono successful as a celebrity diplomat isn‘t his fame but rather his rare command of facts and policy. By the time we left, some of us realized he didn‘t see great hope in our approach but was willing to wish us the best and perhaps even open a door here and there.

Ahmad soldiered on, organizing a “United Nations Concert for Pakistan” as a relief and awareness event; then a memoir entitled Rock & Roll Jihad, which he promoted in the U.S. and Pakistan. In a blog post entitled “Following the Music… to Nowhere” for Pakistan‘s popular Dawn newspaper, writer Aroosa Masroor offered a sense of disappointment,

“The least Salman could have done yesterday was establish a connection with the youth and given them something concrete to look up to, rather than vaguely quoting the poet and Sufi mystic Maulana Jalaluddin Roomi. ‘If you follow the music, it‘ll show you the way,’ he quoted repeatedly, each time someone from the audience posed a serious question….‘I was so not impressed by what he had to say,’ remarked a medical student I spoke to during the tea break. ‘He should have been more realistic.’”

Pakistanis and Indians share a common culture that goes back centuries

There is a reason the campfire song “Kumbaya” went from being a communal anthem to a snide swipe: Positive intentions without tangible action make cynics of most of us.

One other form of cultural and public diplomacy has attracted even greater attention - the potential for Indian Bollywood films to improve cultural ties between Pakistan and India. Here again the potential exists to miss the real opportunity. Islamabad-based freelance journalist Saad Khan wrote recently in the Philadelphia Inquirer that,

“The division between India and Pakistan has been compared to the split between East Germany and West Germany during the Cold War, but the situations are widely divergent. Whereas Germany’s division after World War II was largely peaceful, if tense, the subcontinent’s partition in 1947 into separate Hindu and Muslim territories was followed by a fratricidal bloodbath. More than a million people were killed and 12 million uprooted.”

A recent Foreign Policy article by Anuj Chopra covers similar ground about the Bollywood bond, although it adds some crucial nuance,

“the most common trait attributed to Pakistanis in the Western media is that they hate India and would not hesitate to destroy the world’s largest democracy given the opportunity.” He claims, with some validity, that this actually reflects Pakistani leaders‘ efforts to stir up hatred against external threats as a distraction from internal problems. And he claims,
“Indian movies have played a crucial role in bringing the people of the two countries closer. Indian movies are watched in virtually every Pakistani household, transcending boundaries between rich and poor, liberals and conservatives.”

cultural diplomacy inevitably runs the risk of being naïve about deeper sources of conflict.

It‘s this fact that makes the notion of a healing Bollywood bond laughable.  Most Pakistani and Indian households represent extended families, populated with elders who have vivid memories of the massacres perpetrated against their side purely on account of religious or ethnic differences. Yes, Pakistanis and Indians share a common culture that goes back centuries. But many Hindu nationalists (who ran the Indian government only a short time ago) believe that local Muslims should convert back to the religion of their forefathers, before invaders from Arab lands arrived. Many Muslims are still able to thrive within India, but the ones in Pakistan remain jumpy, and not merely because their leaders may incite anti-Indianism.  Within this context, Bollywood storylines and dance routines are, in fact, not enough to overcome the animosity. This shouldn‘t be too surprising: In a pinch, Jerry Lewis does little to improve America‘s relationship with France.

One such moment arrived with the recent First International Seminar on Peaceful Co-existence in Islam and Indian Religions, held in New Delhi. Given that religious identity, not dancing or fashion, is a core issue in the subcontinent, both Hindus and Muslims must be called to the better angels of their respective religions. 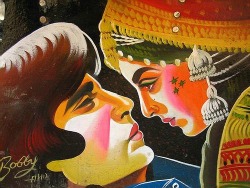 This involves the difficult work of post-independence forgiveness and reconciliation: seeking forgiveness for the collective guilt shared by one‘s own side, and offering genuine forgiveness for the real hurts imposed by the other side. Few leaders have stepped forward to model this sort of religious diplomacy. It requires more than warm feelings or a shared love of Sufi-rock music or musicals.

It also is not an end in itself, but a step along a path. Real peace involves managing a society‘s devils. If Indians and Pakistanis can reduce the religious hatreds (seeing one another as the devil) long enough to find ways to compete together against others in economic enterprises (seeing others as a devil, albeit in the spirit of friendly economic competition), then they have a chance to invest their enormous human capital wisely.

Author Biography
This month‘s feature piece was written by Rob Asghar. A CPD University Fellow, Asghar is a Pakistani American political writer whose essays and commentaries have appeared in more than 30 newspapers around the world, including The Wall Street Journal, Denver Post, Orange County Register,  Los Angeles Times,  Philadelphia Inquirer,  Jordan Times and Japan Times. Asghar has also been a columnist for Creators Syndicate and the Ashland Daily Tidings, and is currently a regular blogger for The Huffington Post and the Los Angeles Daily News.  He is a member of the Pacific Council on International Policy and the Los Angeles World Affairs Council. For Mr. Asghar‘s complete biography, please click here.